DeValls Bluff, in Prairie Country Arkansas, is set along the White River and what is now Highway 70. The city is located within the Grand Prairie section of the county and is a subdivision of the Mississippi embayment and is currently identified for its duck hunting and rice cultivation. Settled by and named for Jacob DeVall and his son, Chappel, who had a mercantile operation that included a warehouse along the White River in 1849, the town was of strategic interest during the Civil War. Prairie County and the town of DeValls Bluff have always been of importance for the transporting of goods and materials and people throughout the state of Arkansas and beyond. The White River, in particular, was important during a time when water transportation was the primary method of getting goods from one place to the next. 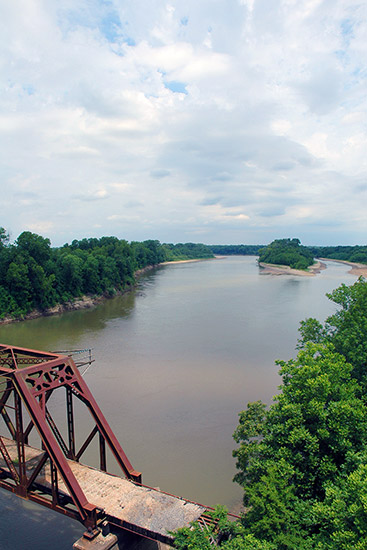 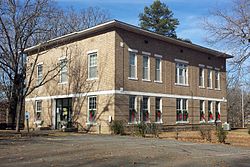 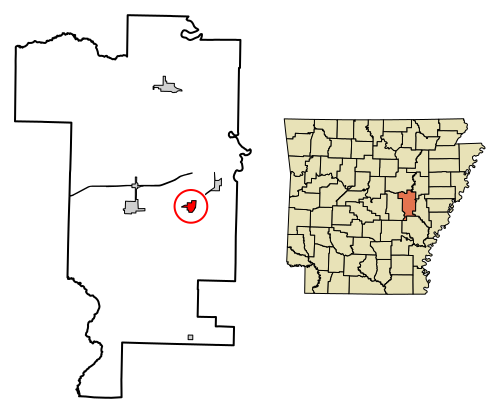 This historical marker was added in 2010. 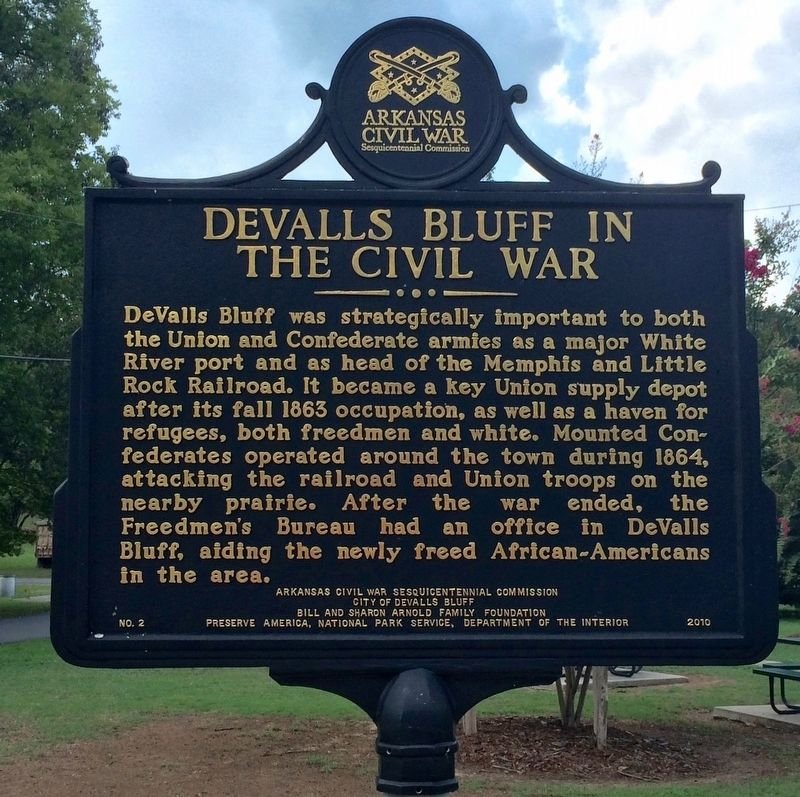 At the start of the Civil War they had only their home, a store, warehouse and a boat landing.  DeValls Bluff and the White River port along with the Memphis and Little Rock Railroad were sought by both Union and Confederate armies as control of these points of interest would offer the ability for the replenishment of supplies and troops and could block or limit the enemy’s ability to restock and resupply those things. When the water was low on the Arkansas River boats, often times, couldn’t land in the capital City. However, they could travel up the White River to Devalls Bluff and then men and goods could be transported by train to Little Rock. In 1863 the town was taken by Union soldiers and became an important Union depot. It was heavily fortified, guarded and was the home of many soldiers both African American and white, and also refugees.

There are a few skirmishes to note in regard to DeValls Bluff.  Despite the amazing strategic advantage it held there was little interference by the Confederate army.  Union troops managed the 50 mile section of the Memphis and Little Rock Railroad and had several run-ins with the Confederates who tried to disrupt the route.  In July of 1863, a train was derailed by an exploded mine that had been planted by the Rebel; the explosion killed the crew.  Another train was shot at, killing two soldiers and on a couple other occasions in the same month, small sections of the track were taken out.

May 1864 saw continued efforts to disrupt Union activity in DeValls Bluff.  Three Union men and many horses and mules were captured by Confederate forces.  The Rebels also made efforts to thwart Union boats on the White River.   In June they were successful at sinking one called Queen City.  Carrying on in the summer of 1864, Union authorities hired out civilian hay cutters to work in the Grand Prairie located west of the White River, which was the major stronghold of the Union.  Confederate General Joseph Shelby set out with about 2,500 men to attack the railroad from Memphis to Little Rock thinking he’d team up with General Price who was forming a raid into Missouri.  His men swiftly attacked the five forts that housed Federal troops who were guarding the hay cutters and were able to capture three of the five forts before Colonel Mitchell gathered his companies and sent word of the attack and request reinforcements. As reinforcements arrived, the Confederates pulled back and returned to their camps.

After the war ended, the Freedmen’s Bureau had an office in DeValls Bluff. The bureau aided newly freed African-Americans in the area.  This bureau was established by congress to help over four million African Americans in the south and aided them in transitioning from slaves to free men. The bureau also helped destitute white citizens with basic needs such as food and medical supplies.  For the former slaves, the bureau helped negotiate wage contracts between the planters and freedmen. These contracts ranged from $5 to $60 per month or sharecropping which had planters give freedmen anywhere from one-eighth to three-fourths of the harvested crop.  They also supervised working conditions to ensure all men and women were treated fairly.