Paul R. Jones was a collector of African American art from the 1960s up until 2010 when he passed away at the age of 81. Jones collected artwork from a variety of African American artists who were both well-known and unknown. In 2008, Jones donated around 1700 pieces of art from his collection to the University of Alabama in hopes that the university would use the multi-media art pieces for educational purposes. The university went on to establish a gallery for Jones' collection in the heart of downtown Tuscaloosa, Alabama. The University of Alabama also displays artwork from Jones' collections in their own galleries located on campus. 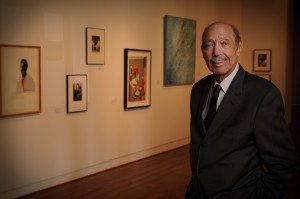 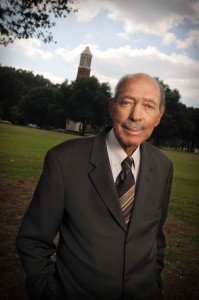 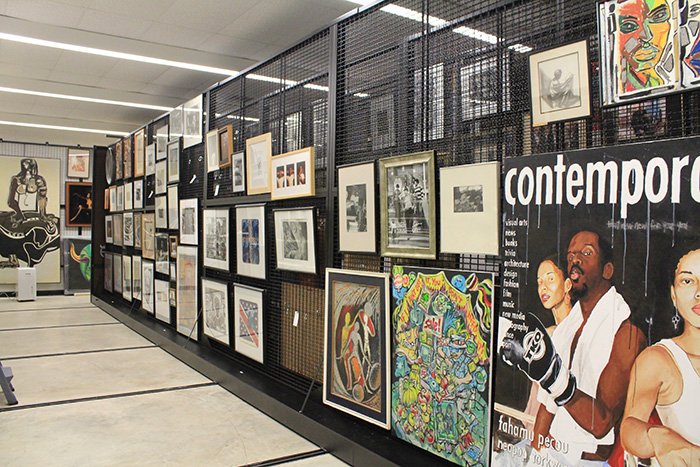 Children making their own works of art at the Paul R. Jones gallery. University of Alabama Photography 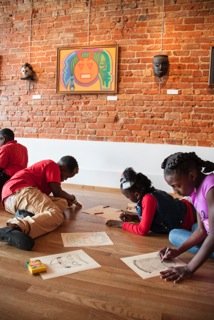 Paul R. Jones was born in 1928 in the city of Bessemer, Alabama, located in southwestern Jefferson county. Paul's parents had stressed the importance of education to him throughout his life, so it is not a surprise that Jones grew up to also deeply valued education. Paul did not come from a wealthy family, but that did not stop him from eventually receiving his master's degree in urban studies from Governor's State College in Illinois in 1974. Paul was a civil rights activist and worked for the federal government for 15 years in the U.S Department of Commerce and Justice's Community Relations Service where he helped to ease tension during the struggle for civil rights in the 1960s. Jones also worked for the Office of Civil Rights in Washington, D.C, and went on to be the regional director of the Minority Business Development Agency in Atlanta, Georgia.
Paul began collecting works from African American artists in the 1960s because realized that there wasn't enough representation of African American art in galleries, museums, and auctions. Paul hadn't been especially wealthy in the 1960s, so he collected art work from lesser-known African American Artists and bought art from well-know artists when he could afford it. Paul saw art as a way to connect people from different cultures, which would lead to the creation of stronger communities. When Paul's collection grew large, he decided that his massive collection of paintings, sculptures, photos, and drawings should be used for educational purposes.
In 2008, Paul donated over 1,700 pieces from his collection to the University of Alabama in hopes of his collection being incorporated into the university's curriculum. The university adopted the collection into their curriculum and went on to display parts of his collection in university galleries. Paul's collection has provided students as well as non-students with opportunities to learn about the cultural and historical significance of African American art. In 2011, The University of Alabama opened a separate gallery for Paul's collection in downtown Tuscaloosa. The collection is one of the largest collections of African American art in the world and valued at around 5 million dollars.
The mixed-media art collection features works from decades of African American artists who were rich, poor, well-known, and unknown. This collection is so significant because the pieces in it come from African Americans who had all sorts of different backgrounds. One piece of art could depict a drawing of a scene of everyday life for an African American in the 1960s, while another piece could be a painting or photo of a famous event or person. The gallery contains rotating works from over 600 artists that are on exhibit year-round and is free and open to the public. K-12 classes are also welcome to the art exhibits, lectures, performances, concerts, and workshops that the gallery hosts throughout the year.