Built in 1888, the former Powell School was built on the site of Birmingham's first public school, which opened in 1874. The present structure is a three-story Victorian Gothic style building and includes a 1951 expansion containing the auditorium and cafeteria. As of 2017, it is owned by the Alabama Trust for Historic Preservation and is up for sale. It was added to the National Register of Historic Places in 1976.

Powell School was built in 1888 and is the oldest school building in the city. 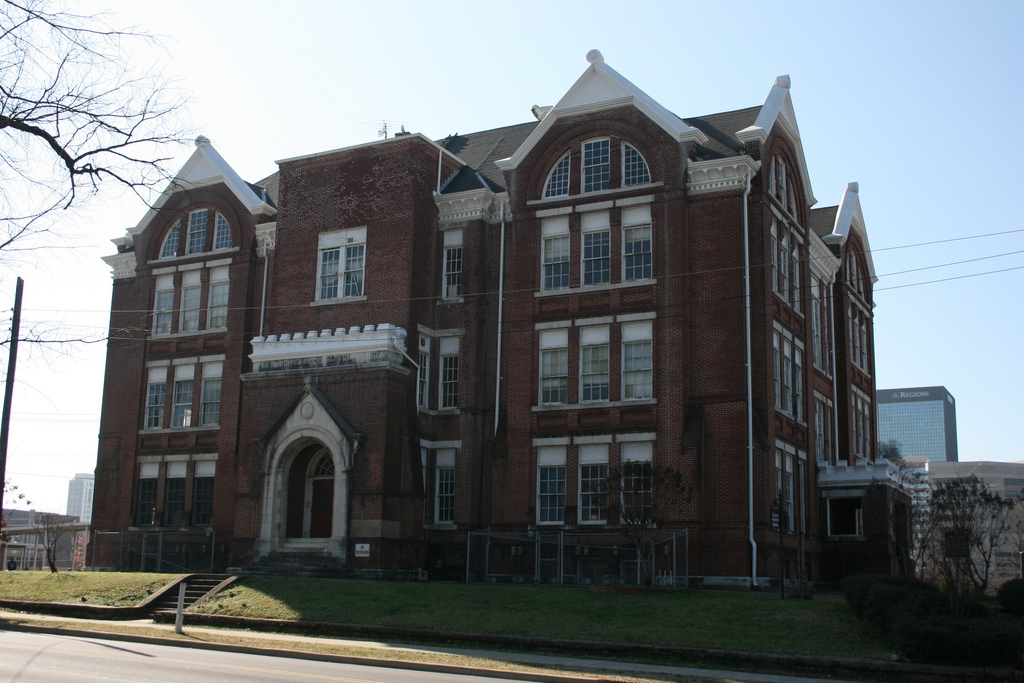 The Powell School is the oldest school building in the city. It is named after Col. James Powell, the owner of the land on which the school was built. He agreed to donate the land and also provided the salary he made as mayor for its construction. The original school was a simple two-story structure that was deemed unsafe by the mid-1880s. Powell School operated as an elementary school until 2011 when a fire damaged the third floor and roof (the Trust has since made repairs to the building).