Cheatham Street Warehouse is a bar and music venue in San Marcos, Texas known to be George Strait's stomping grounds and where he first made his debut. Cheatham Street Warehouse opened in June 1974 and has been popular ever since. The Warehouse was popular with local college students for its unique mix of traditional country, rock, folk, and blues. It continues to be a popular spot today. 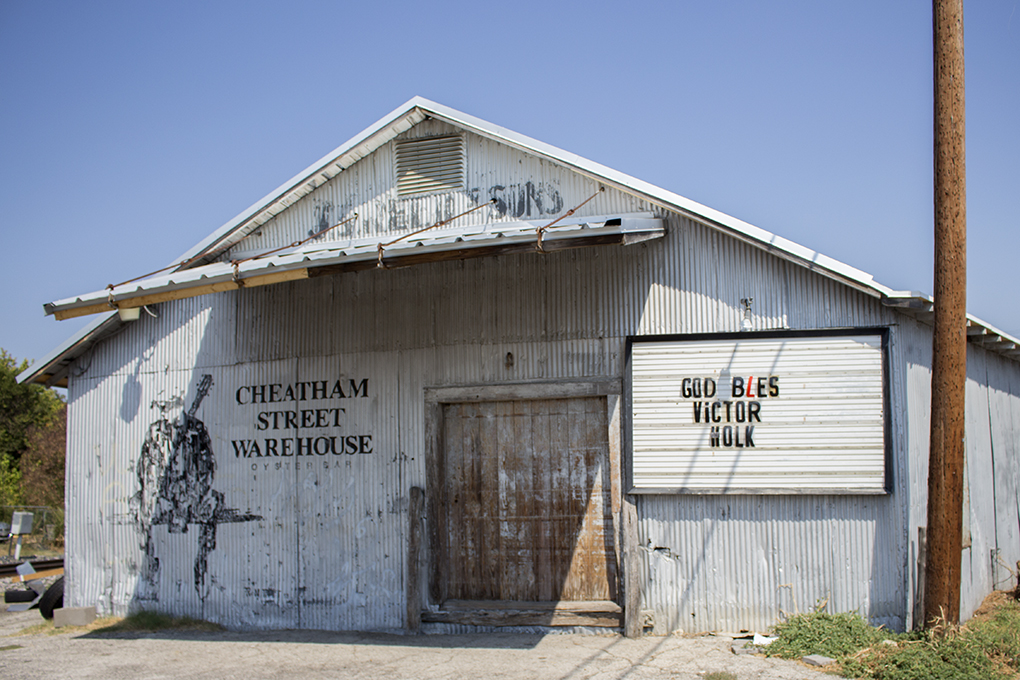 Cheatham Street Warehouse is located along the railroad in San Marcos, Texas. It was opened in June 1974 by Kent Finlay and Jim Cunningham. On opening night, there were so many people in the warehouse that the bartenders could barely keep up with opening and distributing to consumers. The warehouse was destined for honky-tonk fame from the start. On October 13, 1975, George Strait made his first appearance at the Warehouse, playing with the Ace in the Hole Band; it was their first gig as a band.

In 2006, the property was purchased by Texas State University professors Gregg Andrews and Vikki Bynum in order to save it from demolition. The Cheatham Street Music Foundation  was then created in order to permanently preserve the Warehouse and preserve Kent Finlay's legacy. Finlay continued running the Warehouse until his death in 2015. It was then taken over by one of his proteges, Randy Rogers.