This kit home located in the small town of Ft. Gay in southern West Virginia is one of the first modern homes of the early 20th century; featuring indoor plumbing, electricity, and central heating. The house is one of several models sold by the Sears and Roebuck Company between 1908-1940. This 1916 Sears Modern Home is known as The Late Queen Anne model. The dwelling is a kit home that was delivered via train by the Norfolk and Western Railway (now known as Norfolk Southern).

The Sears Modern Home located on Broadway Street in Fort Gay as it appears in 2017. 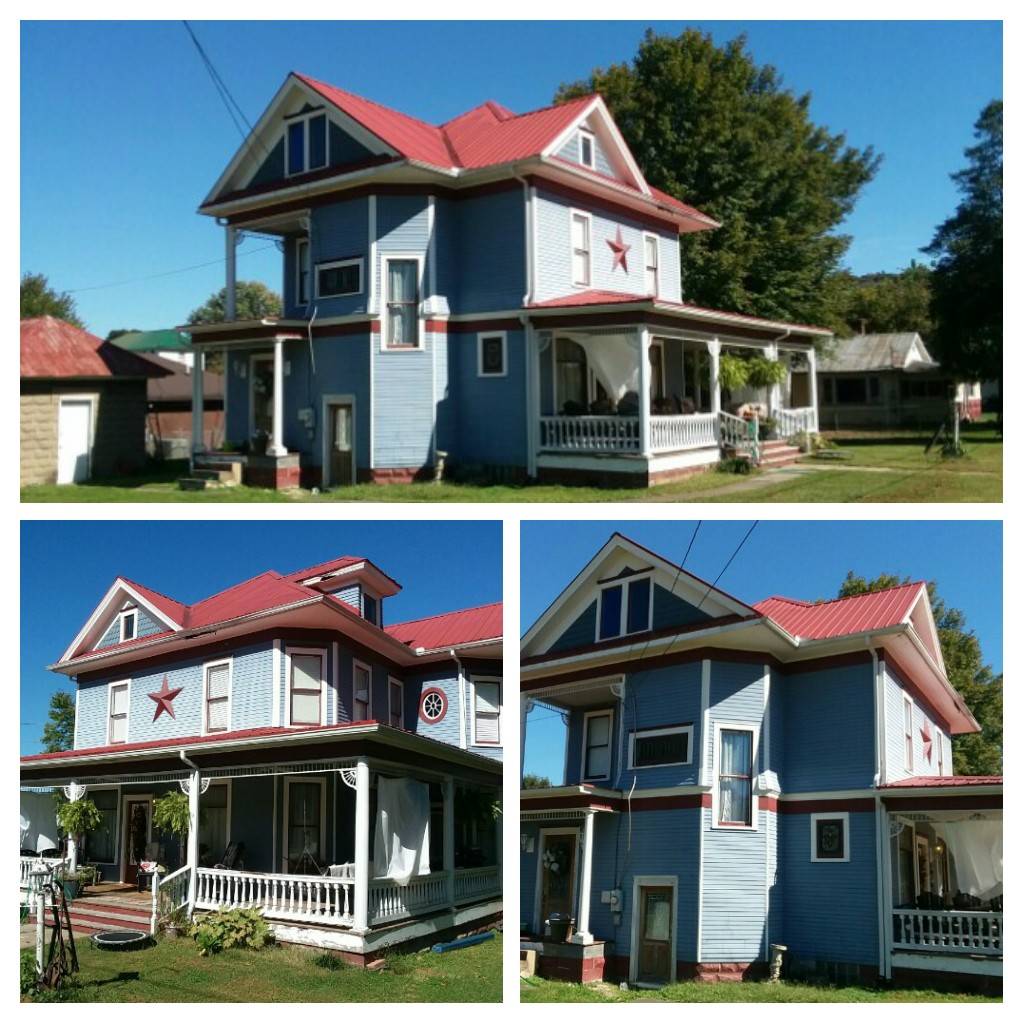 A reproduction of the catalog presentation of the 'Queen Anne' model plans. 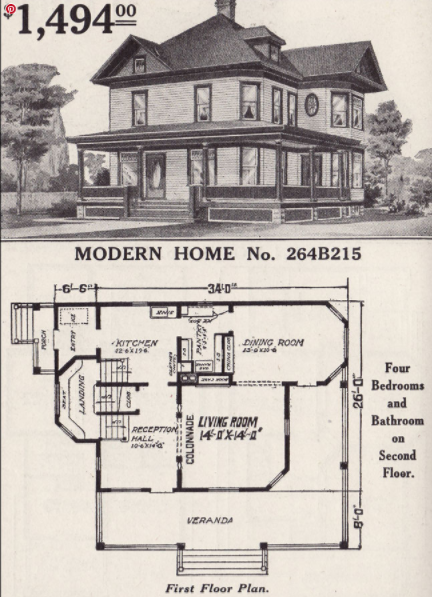 Sears, Roebuck, and Co. has long been known for their mail-order catalogs.  The catalogs are most famous for offering personal fashion and home furnishings items.  In 1908, Sears began issuing a specialty catalog for houses known as Sears Modern Homes.  The home catalog offerings ran until 1940.

The modern home kits offered by Sears were on the cutting edge of the technology available in the era.  Once the railroad company delivered the kit, the home could be put together with little to no knowledge of carpentry.  The kits included everything needed to build the ‘modern home’- precut lumber, fitted pieces, plumbing, wiring, drywall, and asphalt shingles.  Drywall and asphalt shingles were new building components at the time.  Both recent introductions in home design were fire resistant compared to the predecessor materials used.  In addition, the items made for less labor-intensive construction.

It is reported that between 70,000 and 75,000 Sears homes were sold during the company’s offering.  Though other Sears Modern Homes have been cited in the state, the house in Ft. Gay is the only reported home of Sears origin in south-eastern West Virginia.  Other parts of the country are known to have housing divisions and whole cities comprised of Sears homes.  For example, the Standard Oil Company purchased 192 houses for its mineworkers in 1918 for an estimated $1 million.  That community then known as Standard City is now Carlinville, IL.

This home on Broadway Street is indeed unique when you consider that it is one of less than four hundred housing units located within the town of Fort Gay.  According to the 2010 U.S. Census, 705 residents lived amongst the 380 housing units in the rural town adjacent to Louisa, KY.  Many of the homes purchased from the catalog were offered low interest mortgages through Sears Holdings Company.  It is unclear if this home along the waterfront where the Big Sandy and Tug Rivers meet was purchased through such financial means.

In keeping with the historical value that the home offers to the town of Fort Gay, the home has been owned by at least two former town mayors.  The current owner, Ms. Regina Hill was one of those mayors.  Ms. Hill and her family lived in the home previously but currently rent the home as a residential property.

What is a Sears Modern Home?. Sears Archives. March 21, 2012. http://www.searsarchives.com/homes/chronology.htm.