Dr. Henry H. Holmes was a philanthropist in Chicago during the late 1800s. He worked as a pharmacist until he took over the business and became owner. He bought a plot of land across from his drugstore and built a three-level business, where he rented out the lower level for different businesses. The people of Englewood soon called his property the "Castle" and would later be called the "Murder Castle". The top two floors were off limits until the World's Fair in 1893, where he than rented out rooms, mostly to young woman. By 1896, Holmes was executed for his crimes. The "Murder Castle" was sold and was going to be a museum for Holmes' crimes but burned down before this could happen. It was later torn down to make way for the Englewood Post Office. 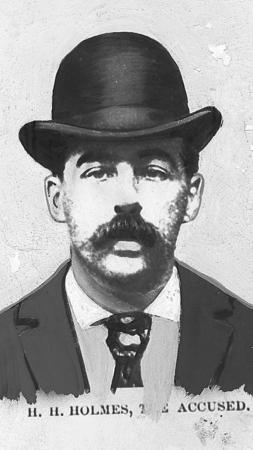 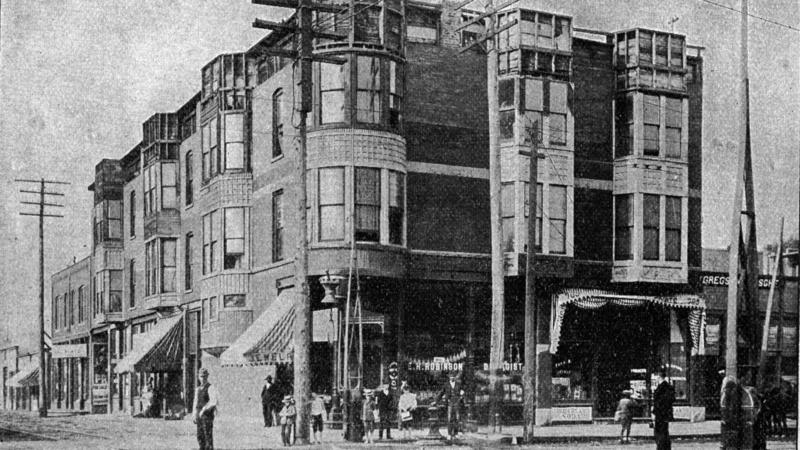 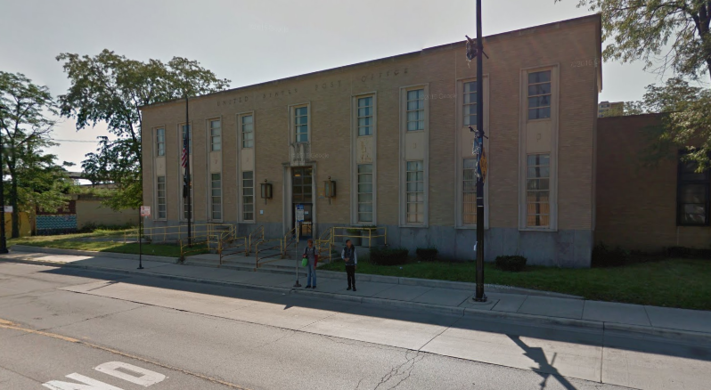 Early Life of H.H. Holmes Owner of the Murder Castle

H.H. Holmes was born as Herman Webster Mudgett in May of 1861, in Gilmanton, New Hampshire. The future serial killer was born into a wealthy family; however, both of his parents were physically and mentally abusive towards him. Holmes not only was abused at home, but he was isolated and bullied by his peers for his high intelligence and awkward demeanor. Holmes even claims an attack by his classmates where they put skeleton hands forcibly over his face, is how he developed an interest in autonomy and death. To avoid abuse from those around him, Holmes would often flee into the woods where he would kill, dissect, and perform surgery on animals. It’s also believed this early fascination of death caused Holmes to commit his first murder at the age of 11, when its speculated that he pushed his friend Tom off a cliff.

His childhood full of neglect, violence, and isolation, are why many believe Holmes’s childhood is a contributing factor in his journey of becoming a serial killer and living a life riddled of crime and lies.

In his late teens, Holmes married Clara Levering. Holmes left Clara only after a year and used her money to attend the University of Michigan. This pattern of swindling women out of their women would become a common occurrence, and at one-point Holmes had three wives without any of them knowing of one another.

In his late teens, Holmes married Clara Levering. Holmes left Clara only after a year and used her money to attend the University of Michigan. This pattern of swindling women out of their women would become a common occurrence, and at one-point Holmes had three wives without any of them knowing of one another.

Holmes attended the University of Michigan after studying medicine at a school in Vermont.

During medical school, Holmes wanted to conduct his own research, and he began robbing graves and stealing cadavers from the school in order to so. What bodies he didn’t use Holmes sold on the black market or in one occasion used a body to fake his death to commit insurance fraud. Holmes burnt the body and house down to forge an accidental death in a house fire of own of his many identities, and had his wife claim the $ 12,500-life policy. Once, Holmes collected his money, he abandoned his wife and son.Despite all of this, Holmes graduated in from medical school in 1884, and his new status as a doctor allowed him to hide in plain sight and gave him access to resources. This is also were he decided to create his last and most well-known alias, Dr. Henry Howard Holmes ,aka H.H. Holmes.

In 1885, Holmes moved to Chicago and got a job at a pharmacy. As time went on the owner of the pharmacy grew ill and passed away. Holmes wanted the pharmacy for himself and conned the widower of the owner to sell the pharmacy to him. He succeeds.

Holmes saw an opportunity to build the "castle" across the pharmacy on an empty plot of land. In 1887, he started the construction of his three-story building with a cellar. No one knew of Homes' building plans during the construction. Many people came and went during construction of the "Castle" named by the people of the town because of its looks. Because of the many employees, Holmes was able to create the delusion that some rooms were not there or rooms with trapdoors. The "Castle" was finally completed in 1892.

The first floor was open to the public with stores, one of the stores being a new pharmacy ran by Homes himself and other stores run by merchants of different trades. Homes announced that for the World's Fair in 1893, he was going to open the top floors for guests to stay in while visiting. He had the idea to rent rooms to unexpected victims, mostly woman whom he raped and killed. The most confusing floor was the second. It contained more than 50 doors and at least 6 hallways. Only thirty-five rooms were actual bedrooms used for guests while the other rooms were soundproofed. Some were even lined with “asbestos-coated steel plates”. The rooms came with low ceilings and some were as small as closets. There were also gas pipes constructed to the rooms to gas the occupants and as well as peepholes. Holmes put alarms in rooms so that occupants could not escape and if they did, he would know. There were trapdoors, secret passageways, hidden closets, and even a shaft down to the cellar to dispose of the bodies and such.

The third floor was confusing but furnished, guests may have had trouble locating rooms at all on the third floor. Rooms did not appear to be normal; they were scattered and oddly angled. The lighting was poor and gas lamps were spaced. Not only were the rooms confusing, there were dead ends and staircases led nowhere. Holmes had a key for every locked door.

Holmes was arrested in 1894 and confessed to 28 murders along with insurance fraud. He was executed on May 7, 1896 by hanging. The "Castle" was built by a man named A.M. Clark, who wanted to make the "Castle" onto a museum of H.H. Holmes.

People began calling it the "Murder Castle". But in 1894 the "Castle" caught on fire and the building was destroyed except that the first floor was salvageable. It was built into a sign store and bookstore until it sold again in 1937. It was then torn down and built into the Englewood Post Office that is there today.

Some speculated that Holmes was able to escape execution and fled to South America. But, in 2017 his descendants wanted to put a stop to the rumors and his body was dug and his identity was confirmed. Today, it is believed that Holmes could have killed over 200 people during his sadistic 35 years on Earth.