Located on the grounds of the State Capitol Park, a statue and plaque honor the life and work of Father Junipero Serra. Though not without controversy, Serra is indisputably a central figure in California's history, credited with bringing Catholicism to California through the establishment of the Franciscan mission system and extending Spanish rule into "Alta California" in the late 1700s. The Christianizing and Europeanization of native tribes throughout California, however, led to their decimation through cultural suppressions and the deaths of hundreds of thousands by disease and warfare over the next century.

A portrait of Junipero Serra. Born in Mallorca, Spain, he served as a Franciscan friar in the New World for nearly 20 years before journeying into California at the age of 55, to claim the land for Spain before Russia and England did. 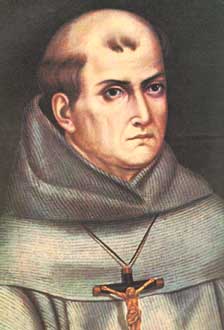 Close-up of the memorial to Serra at the State Capitol Park. Serra's canonization in 2015 by Pope Francis was protested by Native Americans in California, many of whom see Serra as representative of Spain's cruel colonization of their ancestors. 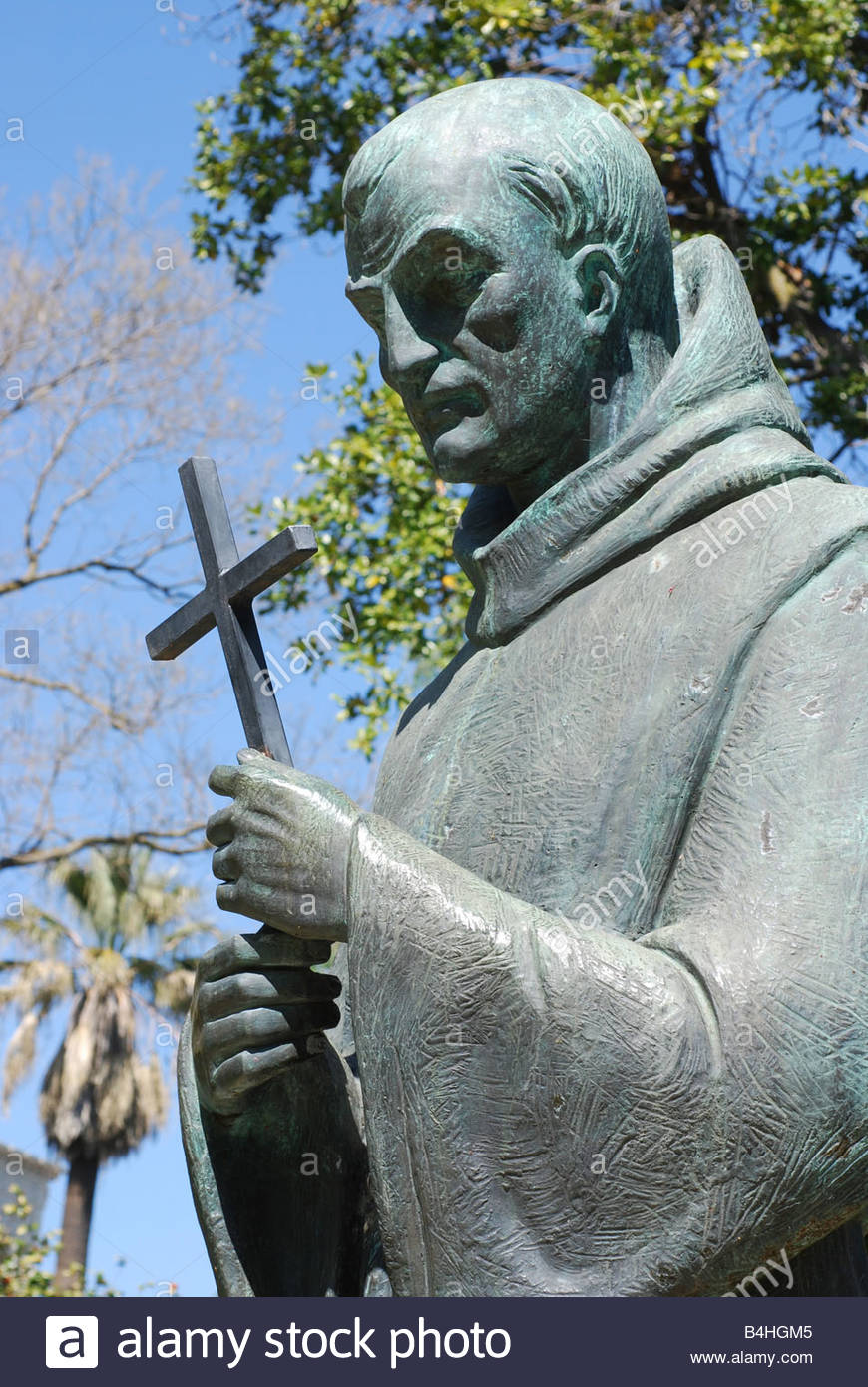 Clothing of a Franciscan Friar at the museum in Mission San Luis Rey De Francia. Serra and his missionaries would have been garbed much like this during their activities in California. 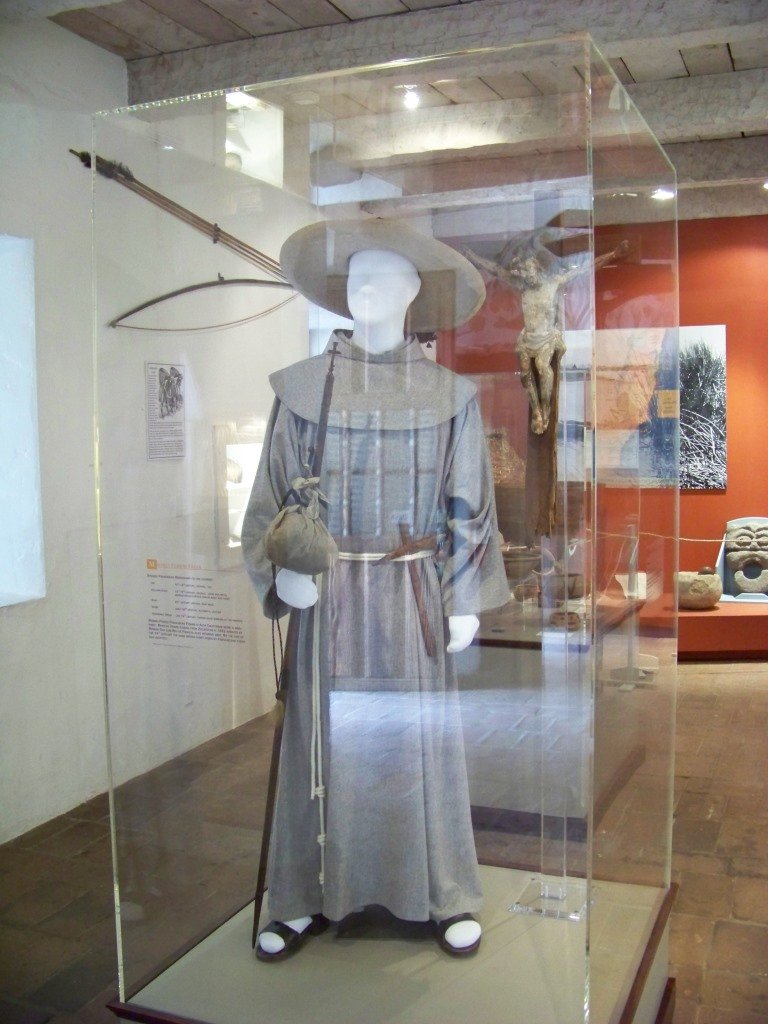 The Chumash Indians were widespread in the coastal regions of southern California and made up a significant portion of the mission populations there. Colonization soon wiped out their former way of life. Painting by Robert Thomas. 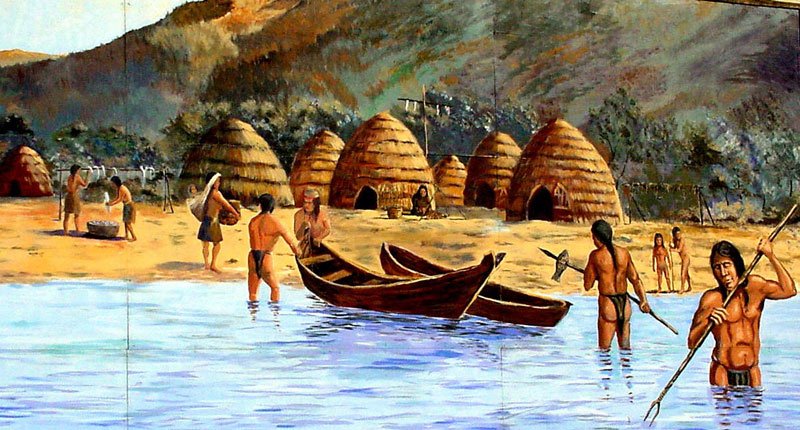 Father Junipero Serra arrived in California in 1768, when California was a Spanish colony. Serra was head of the Franciscan Order's efforts to establish missions in the area, which was motivated as much by political factors as by religion. With the establishment of missions, Spain hoped to Christianize the native population and also prevent other nations from exploring and establishing a foothold in the region.

The first mission founded by Father Serra was at San Diego in 1769. Over the course of his life, Serra established eight other missions in California: Monterey/Carmel; San Antonio and San Gabriel; San Luis Obispo; San Francisco and San Juan Capistrano; Santa Clara; and San Buenaventura. Serra is often lauded for his stamina and prodigious work ethic. He was not a young man when he arrived in the New World and was plagued by asthma and an injury to his leg that troubled him for the rest of his life.

Although Serra is praised by many for his work in bringing Catholicism to California and for the civilizing influence of Serra and his fellow priests, he is also a source of controversy. The Christianization of the area was part of a destructive colonization process. In the space of no more than two or three generations, it's estimated that European diseases killed perhaps 100,000 Native Americans. Additionally, overcrowding, strenuous labor, and brutal punishments made life within the missions extraordinarily dangerous for Native Americans, and most had a life expectancy in the missions of only a few years. While some Californians revere Father Serra, others see him as an oppressor.

Father Serra was canonized by Pope Francis during his first visit to the United States in 2015. The decision was met with criticism by many with Native American ancestry, and in the wake of Pope Francis's decision,  several statues of Serra were vandalized.