Throughout the history of the Roger Williams Inn, its primary focus has revolved around the entertainment and accommodation of guests to Green Lake, Wisconsin. Attraction to Green Lake, the Links Golf Course, and the Inn's showcase characterize the appeal of the hotel. Originally, this inn was named the Lawsonia Hotel until bought and renamed by the American Baptist Churches of the United States of America to serve as a gathering location and place of refuge for their convention. Celebrating its use for over 85 years, the Roger Williams Inn is currently under interior and exterior renovation, restoring it to its appearance of the 1930s.

A view of the Lawsonia Hotel (now Roger Williams Inn) from Green Lake. 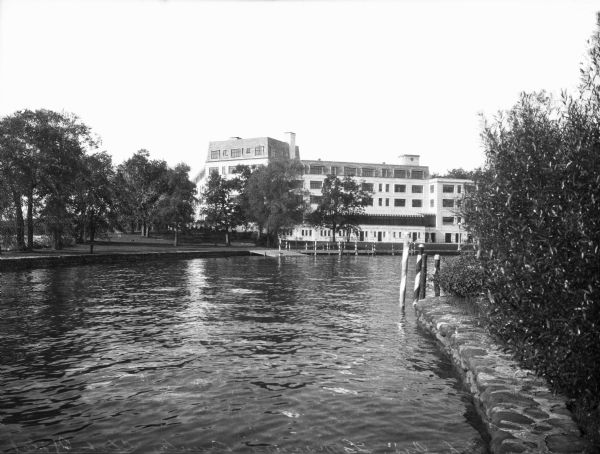 Guests of the Roger Williams Inn enjoying their access to the shore of Green Lake. 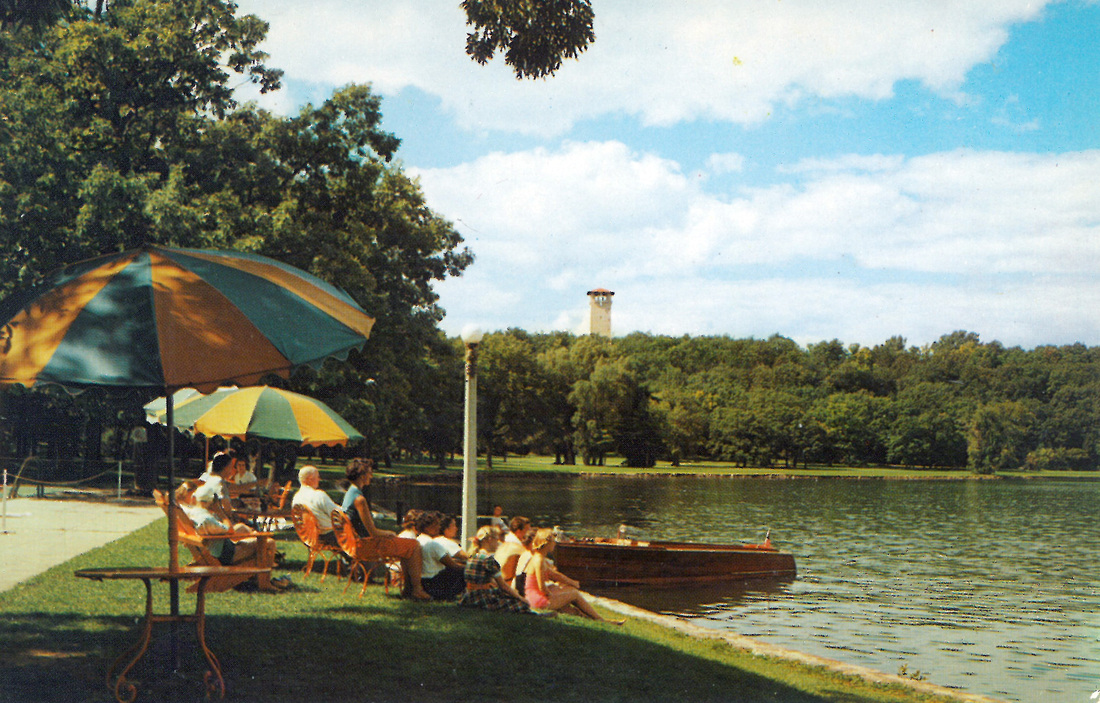 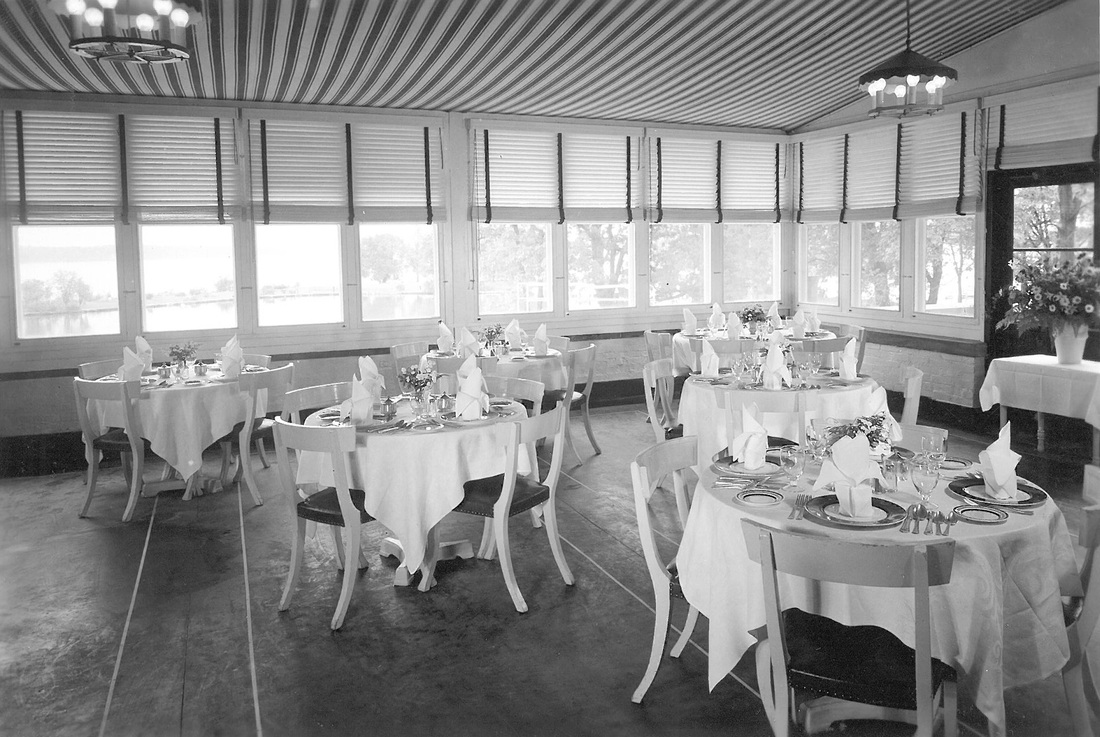 Open to the public in 1930, the H. O. Stone Development Company of Chicago opened the Roger Williams Inn under its original name, the Lawsonia Hotel in Green Lake, Wisconsin. This five-story hotel was constructed of 70 rooms, extravagant dining halls, ballrooms, and an inviting lobby. In addition to its ornate architecture, its placement on the shore of Green Lake itself created a haven of luxury and outdoor recreation that gained immediate popularity.

In the first stage of its use, when still under H. O. Stone Development Company of Chicago’s ownership, the hotel served both as a hotel and clubhouse for Link’s Golf Course on the same property a few miles away. Renowned entertainers of the time, such as Kathleen Hepburn and Spencer Tracy, stayed in the hotel for its recreational and vacation options. In addition to the proximity of the golf course, the Lawsonia Hotel provided several excursions and guided tours on Green Lake. It was also widely known for its Saturday night dances where C. Spencer Adler would conduct his ensemble.

Gaining popularity through the first decade of its public use, the ownership of the hotel was transferred to the Northern Baptist (now American Baptists) in 1943, along with the surrounding area, to create what is now the Green Lake Conference Center, making their dream of cultivating a place of refuge and gathering of their convention come through to fruition. Lawsonia Hotel was renamed as the Roger Williams Inn. The hotel served as the Northern Baptist’s social center and namesake for the pastor of the first Baptist church in the United States erected in Providence, Rhode Island. Even with this transfer of ownership, the property continued to attract guests and tourists. From this point on, it began to additionally, host attendees of Baptist conferences and events along with its original demographical focus.

The Roger Williams Inn has now been in use for over 85 years. Because of its unequivocal part in the Green Lake Conference Center property, it is currently under renovation - its interior and exterior alike. Ben Mott, the president of Green Lake Conference Center says, “The primary design inspiration for this vision is going backward and looking at the original elements that work so well.” The renovation team has set to study and implement the design and features of the 1930’s establishment, restoring the historical value of the building and its primary intention to be a place to gather, vacation, and enjoy the surrounding landscapes of Green Lake, Wisconsin.