Erected in 1843, Tabb Street Presbyterian Church is a moving example of Greek Revival style. The church was designed by one of America's foremost architects, Thomas U. Walter of Philade1phia who is best remembered as the designer of the dome of the United States Capitol. The present building is the third to serve the congregation, which was established in 1813. Although Walter worked in numerous historical styles, his proficiency in the Greek is well illustrated in the heroic yet graceful lines if the structure. 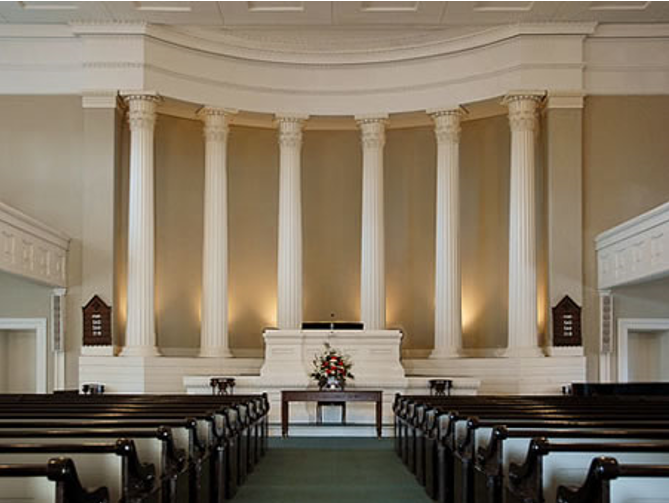 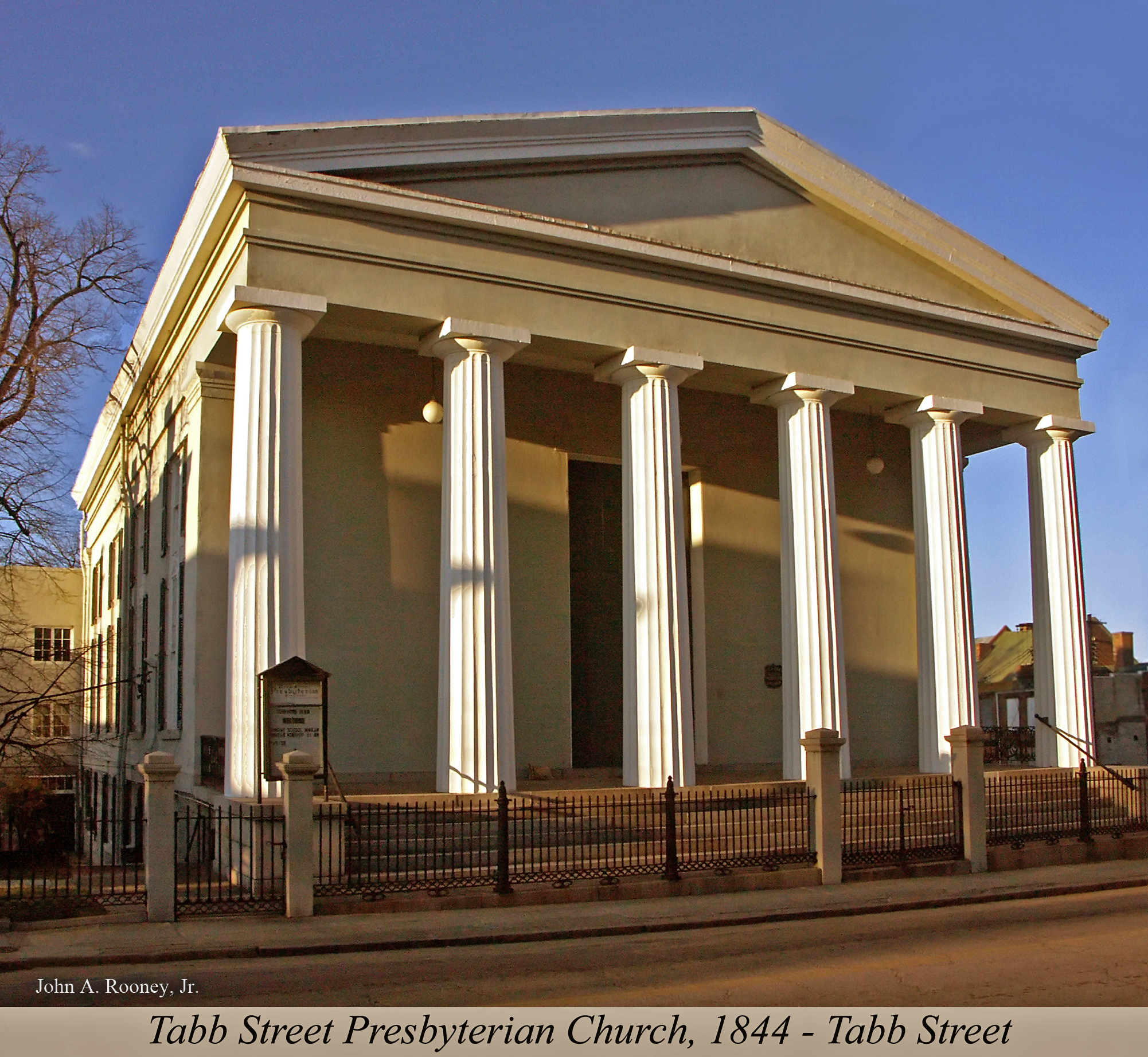 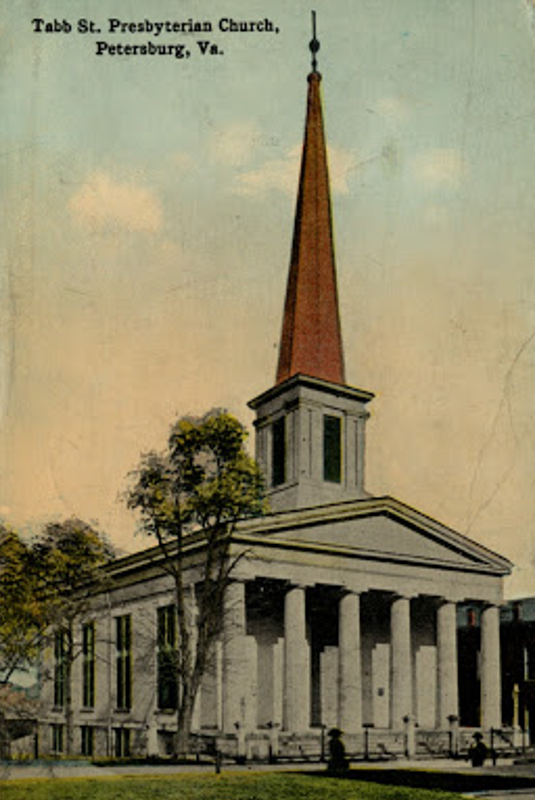 The building is fronted by a massive Greek Doric pedimented peristyle portico consisting of six fluted columnns and full entablature. The small area in front of the church is enclosed by a simple cast-iron fence with large stone piers at intervals for support. The enclosure is approached by stone steps, graded in accordance with the slope of the site. The main (south) facade contains a high double doorway with wood paneling at both the, opening of the balcony level and at the street level. The doorway is capped by a long granite head, in an otherwise 'unpierced wall framed by plain, Doric pilasters at each corner.

The side (east and west) elevations are composed of four bays consisting of double windows butted together, the window frame extending the height of the main floor and balcony. The balcony level windows are separated from those below by wooden Chinese lattice panels of a later date. The windows on the main floor are 9/9 double-hung sash, while the balcony windows are 6/6 double-hung sash. All the windows are framed by louvered shutters. Side entrances are provided at the basement level on both the east and west elevations. The rough-faced granite ashlar basement also has three windows on either side, aligned with those above. The original steeple, consisting of a tapered octagonal spire above a square pilastered belfry, was removed in 1938 and is preserved in the Exchange Building Museum in Petersburg. The steeple bell is still in the possession of the church.

The interior of the church consists of two full floors and a balcony. The ground floor, approximately 12 feet below street level, contains a cellar-like space below the steps with stone walls and a vaulted ceiling. Its original purpose is unknown. A modern kitchen and auditorium complete the ground floor. The main floor, 5 feet above street level, contains the main church sanctuary and church lobby. A curved apse is fronted by a screen of six fluted tin columnns. The columnns have capitals freely adapted from the Temple of the Winds. The pulpit, located in front

of the screen, consists of a series of simple decorative panels. The sanctuary ceiling contains a central medallion, which features a Star of David. From the star there projects a number of thin strips in a starburst pattern. This is further surrounded by a series of panels in a "donut” shaped pattern. Around the edge of the ceiling is a paneled frieze. Egg-and-dart molding defines both the medallion and the frieze.

Along the auditorium walls is decorative paneled wood wainscot, 3 feet in height. The pews are original throughout the church. The paneled gallery is supported on slender iron columnns and contains the choir loft and church organ, installed in 1867 and extensively rebuilt. Much of the original church furniture is preserved.

Call for times of worship services