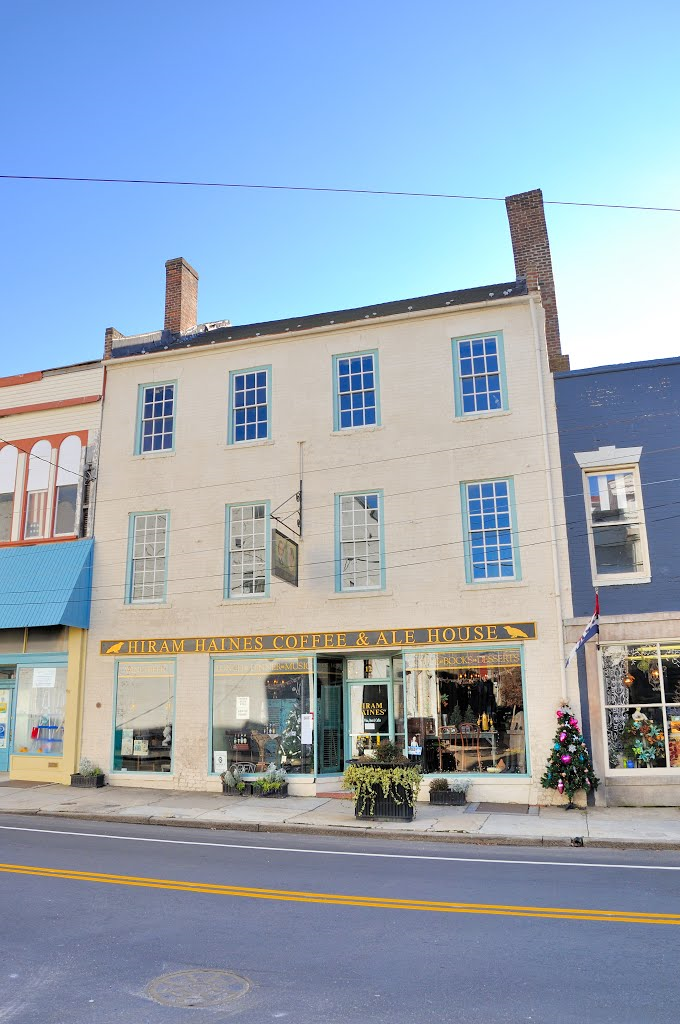 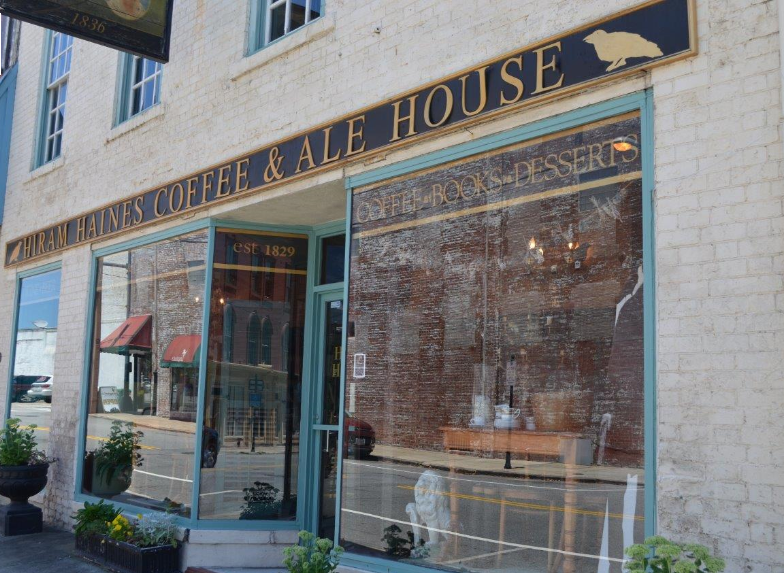 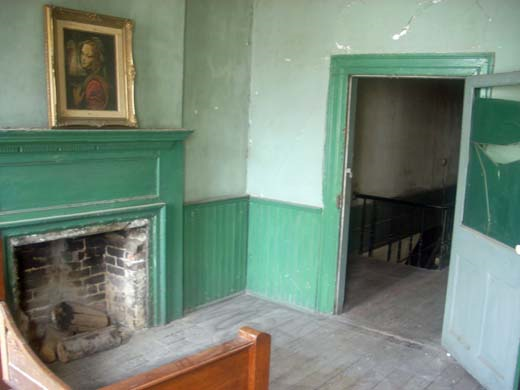 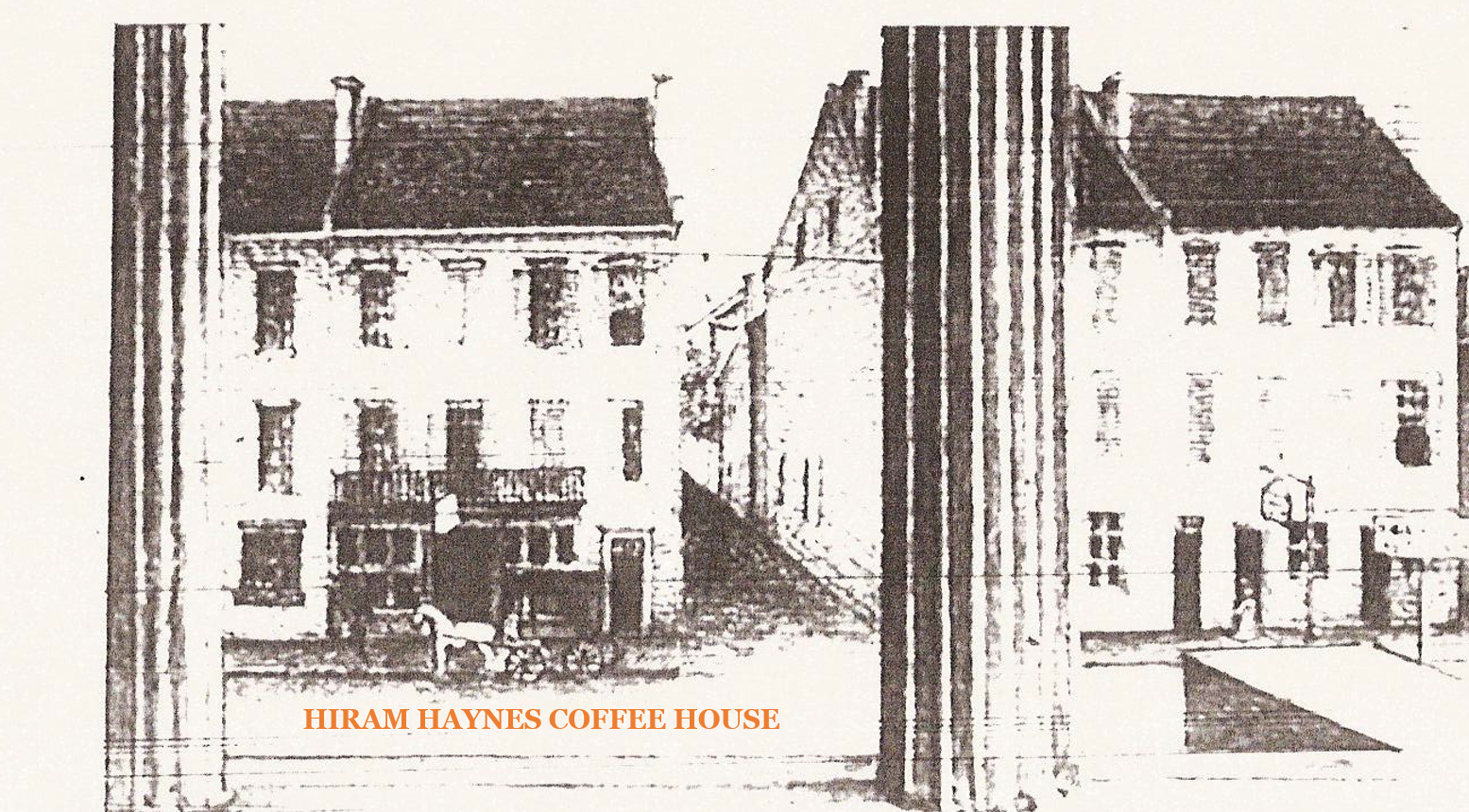 In 1829, he took over the “restorative” at 12 West Bank Street, and moved his wife and six children into the adjacent 16 West Bank Street.  Together, they operated the coffee house/ restorative from 1829 until late in 1836, when he sold it.

Petersburg was a bustling commercial center on the Appomattox River when Poe visited in 1836. The once-fancy upstairs suite has remained largely untouched since the building opened; there is no electricity or heat, though the elegance of its woodwork and other architectural trappings remain evident.  It appears to have been repainted only once in 200 years.  Confederate soldiers reportedly were holed up in the space during the Siege of Petersburg.

Edgar Allan Poe’s Petersburg: The Untold Story of the Raven in the Cockade City (2013) by Jeffrey Abugel.