Although no longer in operation, this plant once served as one of the largest cement producers in southern Ohio. The plant was built among a midst of many iron furnaces that were spread throughout the Lawrence County area. The land was originally part of Central Furnace, the leading iron furnace in this iron-producing region. In 1906, the land was sold to the Superior Portland Cement Company, and construction of the plant began shortly thereafter. The plant was a major source of employment and led to the growth of the village of Superior. The plant closed in 1986, and most of the cement plant has been demolished. Today, most of the land where the plant was located is government property.

The Marquette Cement Plant as it stands in 2017. 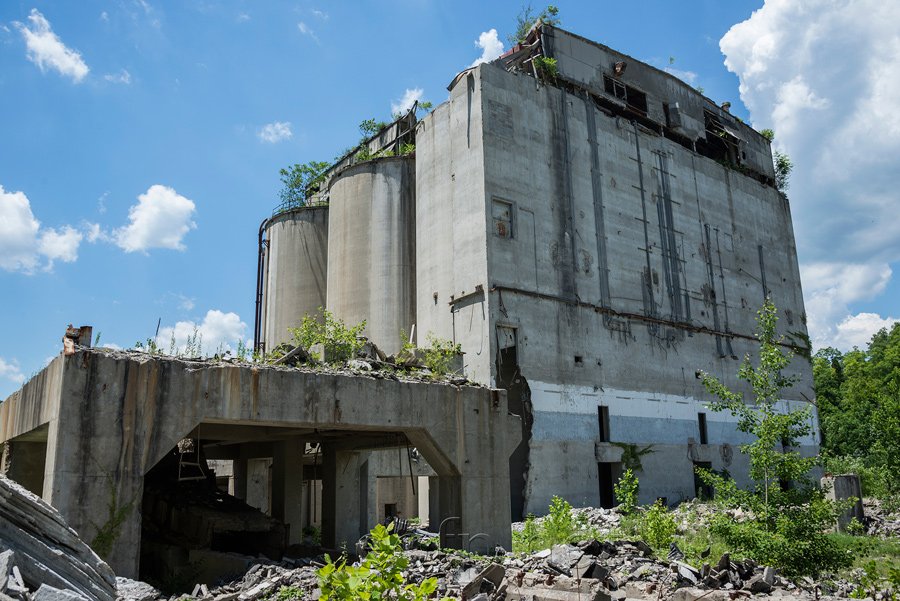 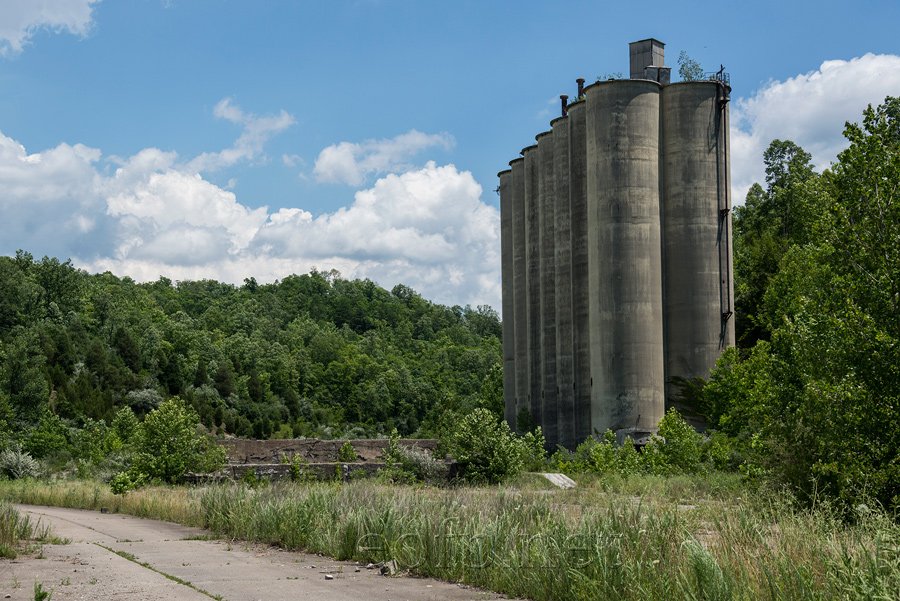 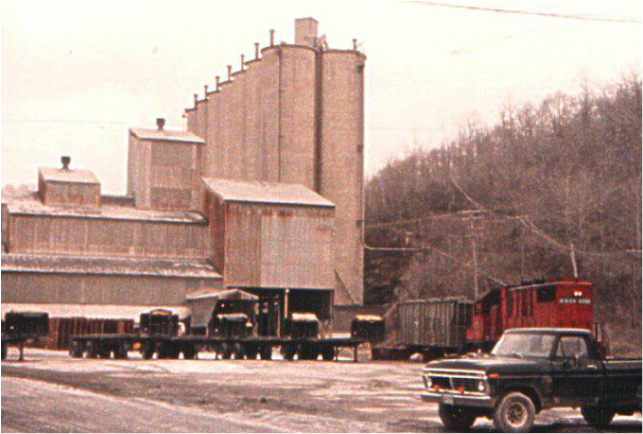 Prior to becoming home to a massive cement plant, Superior had prospered economically with the Center Furnace, one of many massive iron furnaces, along with the Lawrence Furnace and Vesuvius Furnace. In 1868, the Kelley family founded the Center Iron and Manufacturing Company, which allowed many jobs to develop in the area and helped establish roads to the village of Superior. This would later attract attention from the companies seeking to bring their cement business to the area.

One of the founders of the Center Iron and Manufacturing Company, Lindsey Kelley, passed away in 1903, leaving the business to his widowed wife, Nannie Kelley. Nannie participated in the iron industry to check up on her laborers as they produced the pig iron. When she remarried in 1906, her new husband, Daniel Gregory, attracted the attention of outside companies, leading to the establishment of Superior Portland Cement Company, who would buy the furnace from Kelley.

The cement plant was then built in the same year the furnace was sold. The Superior Portland Cement Company had Nannie continue to run the pig iron furnace, which was not in business for much longer. The plant, on the other hand, began to flourish and gained access to the Detroit, Toledo and Ironton Railroad. (D.T.I Railroad). This railroad allowed for shipments to the plant as well as passenger service to the people of Superior to the larger cities of Ironton and Jackson.

Superior Portland Cement's plant was sold to Marquette in 1953. Marquette was an already-established company with other plants in the region, and as such, brought in new equipment, truly allowing the plant to flourish. One account, in R.D. Null's book Superior!: Lest We Forget even goes on to say a Marion shovel had to be hauled by the D.T.I Railroad on 37 flat cars before being put together.

Marquette ran their industry efficiently, increasing cement production by 22% within a year at the cost of moving employees plant to plant. This began the spreading out of Superior, more akin to the spread-out homes in the area today. When Lone-Star Cement took control of the plant, many of the local employees were not fond of the new conditions they worked under. In 1987, there was a large strike, and the plant stopped making cement.

The plant today has been mostly demolished, with the exception of a few of the largest buildings. The structures are now on government-owned property used for off-road trails and are monitored and patrolled by government officials.