The Beamer home was built between 1877-78 for Richard Henderson Beamer, who was a prominent citizen of Woodland and was also involved in state and local politics. The home is listed on the National Register of Historic Places. 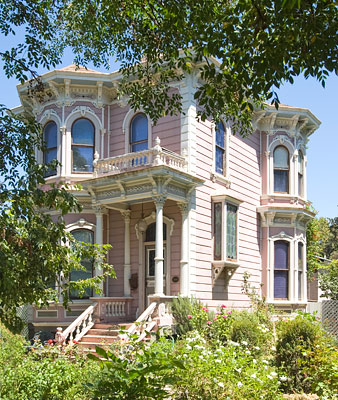 Beamer entered politics at a young age, serving as auditor of Yolo County when still in his early twenties. He also served as assessor, sheriff, and mayor of Woodland. He served for sixteen years on the State Board of Equalization. As mayor, he was instrumental in bringing a number of improvements to the city.  He remained active in politics until the end of his life.

In addition to his political activity, Beamer was also instrumental in Woodland’s early banking industry. He served as one of the early directors of Farmers and Merchants Bank of Woodland when it was founded in 1892. He served as the bank’s president from 1901 to 1910, when he resigned to become the State Bank Examiner.

Woodland’s Carnegie Library is also a result of the efforts of Beamer.  He was an integral force in the donation of the land and was involved in the landscaping on the property. Beamer himself planted many of the trees on the property and tended to them for a number of years.

The home that Beamer had built for his family is considered a fine example of the Italianate style. The home is listed on the National Register of Historic Places.