Dedicated in 2013, the 50-year anniversary of the assassination of Medgar Evers, this statue commemorates the life and legacy of a leader of the civil rights movement in Mississippi. Evers attended Alcorn State after a stint in the Army and earned a degree in business administration. Evers was also a standout on the college's football team, track team, debate team, and a leader in student government. In 1954 Evers became the first field secretary in Mississippi for the NAACP. During his time in this position, Evers traveled all throughout Mississippi recruiting members, organizing voter registration drives, leading economic boycotts, and investigating acts of violence such as the death of Emmit Till. On June 12, 1963, Medgar Evers was fatally shot in his driveway by Byron De La Beckwith. Beckwith would not be convicted in his murder until 1994 despite being on trial twice before. 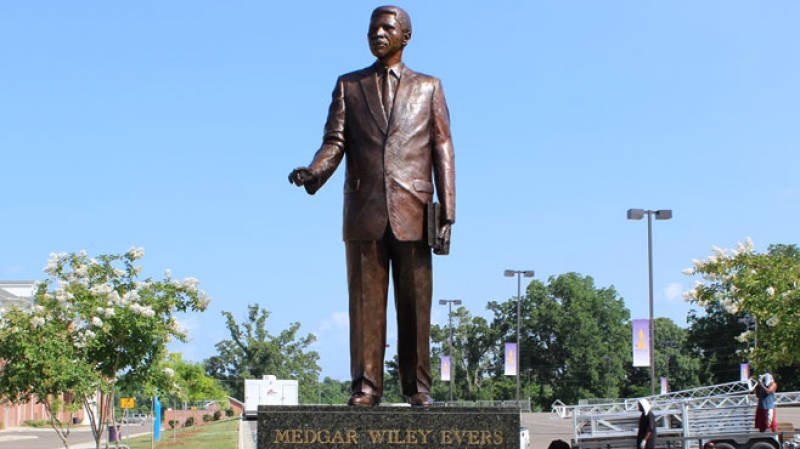