This beautiful Neo-Classical home was built in 1908 by Mortimer H. Jordan, a prominent physician in Birmingham during the late 19th and early 20th centuries. The building features a large portico with four Ionic columnns. Jordan was one of many doctors and others who stayed in Birmingham during its terrible cholera outbreak in the summer of 1873 that killed 128 people. The house is part of the Rhodes Park Historic District, which listed on the National Register of Historic Places. The home is one of numerous houses in the area, including the adjacent Donnelly House, that are part of the district. It is a private residence today but can be seen from the road.

The Jordan Home was built in 1908 by its namesake, physician Mortimer H. Jordan. 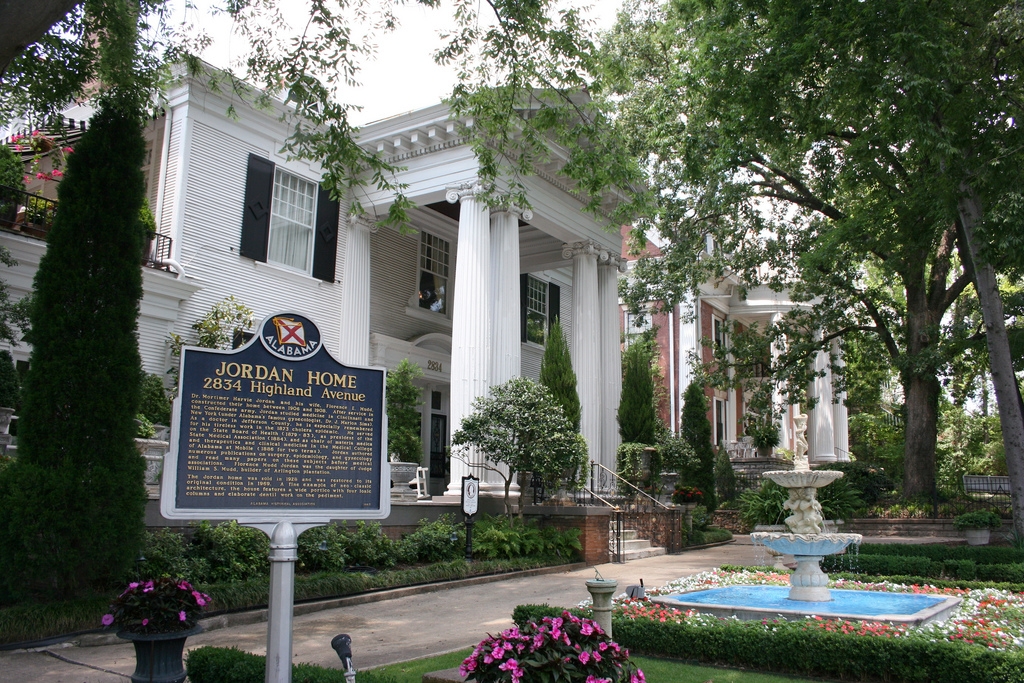 Mortimer H. Jordan served in the Confederate Army during the Civil War before studying medicine in Cincinnati and New York City. In New York, Mortimer studied gynecology under the Marion J. Sims, who is known as the "father of gynecology." Mortimer served on the State Board of Health from 1879-1883, and was President of the State Medical Association in 1884. He also published papers about surgery, epidemiology, and gynecology.