This historic home, constructed in 1905, was once the residence of James W. Donnelly, the the man considered the "father" of Birmingham's excellent library system. The house was designed in the Neo-Georgian style, featuring a two-story, round portico supported by columnns. Today it serves as a wedding and events venue. The home is a contributing property of the Rhodes Park National Historic District, which is listed on the National Register of Historic Places. The neighborhood features numerous architecturally significant homes built in the early 20th century, often owned by important Birmingham figures such as James Donnelly.

The Donnelly House is named after its first owner, James Donnelly, who is largely credited with establishing the Birmingham Library system. 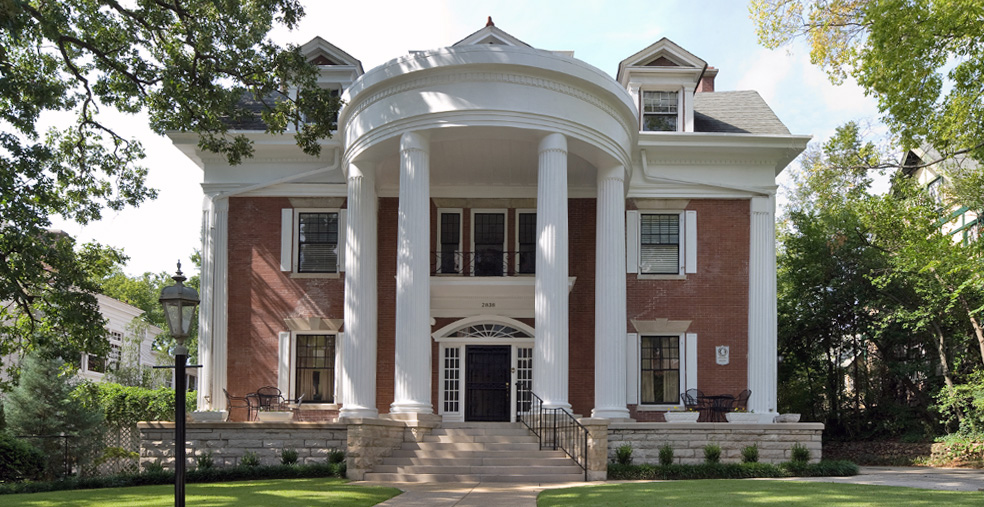 James Donnelly arrived in Birmingham from Cincinnati, Ohio, in the early 1900s, after retiring at a young age from his job as a general manager for the store, Proctor and Gamble. In Birmingham he participated in real estate, manufacturing, and industrial ventures. Civic issues and philanthropy were also interests of his. This included the effort to raise funds, organize and develop the system. A library had been established in 1886, but was only a subscription library by the 1900. The library gradually grew to become the largest one in Alabama, holding one million books and 30 million archival documents.