Located in Fort Detrick, Maryland, The United States Army Medical Research Institute of Infectious Diseases (USAMRIID) is the U.S. Army’s main facility devoted to the research of defenses against biological warfare. USAMRIID employs about 800 military and civilian scientists and support personnel and is overseen by the United States Army Medical Research and Development Command. The facility frequently collaborates with the CDC, the WHO, and other major biomedical and academic centers worldwide. USAMRIID is perhaps best known for its research on the Ames strain of anthrax, used in the 2001 anthrax attacks.

Visitors and passerbyers will see this the "Dan Crozier" building. 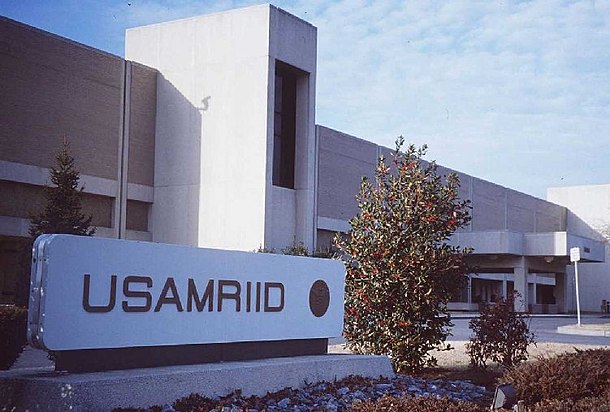 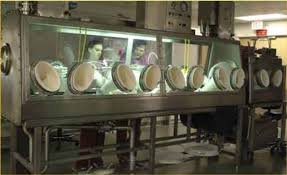 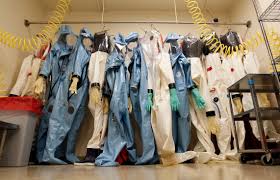 USAMRIID’s predecessor, the Army Medical Unit, began in 1956 with Project CD-22, in which volunteers were exposed to a highly pathogenic strain of query fever, under the command of Col. William D. Tigertt. Throughout the 1960s, modern principles of biosafety were pioneered at Fort Detrick. In 1969, the institution was renamed  "U.S. Army Medical Research Institute of Infectious Diseases" and a new research building was built (the present USAMRIID laboratory).

In 1978, the USAMRIID established an Aeromedical Isolation Team, which served to safely evacuate and manage contagious patients under BSL-4 conditions. Having only dispatched 4 “real world” missions in 32 years, the ATI was disbanded in 2010.

In 1979, the Sverdlovsk anthrax leak necessitated a program which sought to improve the existing anthrax vaccine. Later, in 2001, the site faced problems such as anthrax leaving supposedly-secure areas. The FBI also considered lab scientist, Bruce Ivins, as its chief suspect in the 2001 anthrax letters, from which five people died.

In 2019, laboratories at USAMRIID were shut down by the CDC due to cited safety issues, and fPentagon funds for the facility have been frozen due to potential financial mismanagement. However, in March 2020, President Donald Trump recruited the lab in an effort to develop a COVID-19 vaccine.