The City of St. Albans and The Fire Bell

The Coal River was named in 1742 for its large amounts of coal supplied near it. This River became the source and history behind the town of St. Albans. It is the place where Fort Tackett was built by settlers in the early 1800s. The town became birthed and evolved into a booming industry of logging mills, and coal supply in the early 1900s. St. Albans has endured devastating fires, followed by its reconstruction in 1906. It is the place where the first Fire Company No. 1 evolved out of tragedy, to help restore and rebuild the burned down city. The Chesapeake and Ohio Depot was built in 1871 for the transport of industrial coal supply, cargo, and passengers. Although the logging mills and the C&O Depot have shut down over time, today some of the original structures and buildings still remain in the city and a portion of the original brick street from the early 1900s remains as well. In 1906, the fire bell was placed in a fire tower at the top of the Old Chesapeake and Ohio Depot. It was used there, to alarm the community of a fire. The C&O Depot was rebuilt by the city of Saint Albans, in 1910, after the 1906 Depot was destroyed by a fire. The city of St. Albans did not have a fire department until the early 1950s when the fire department hired a full-time staff to initiate the shifts too. However, since 1906, the St. Albans Salvage Core began efforts with volunteers to preserve their community. They later became the St. Albans Fire Company No. 1. 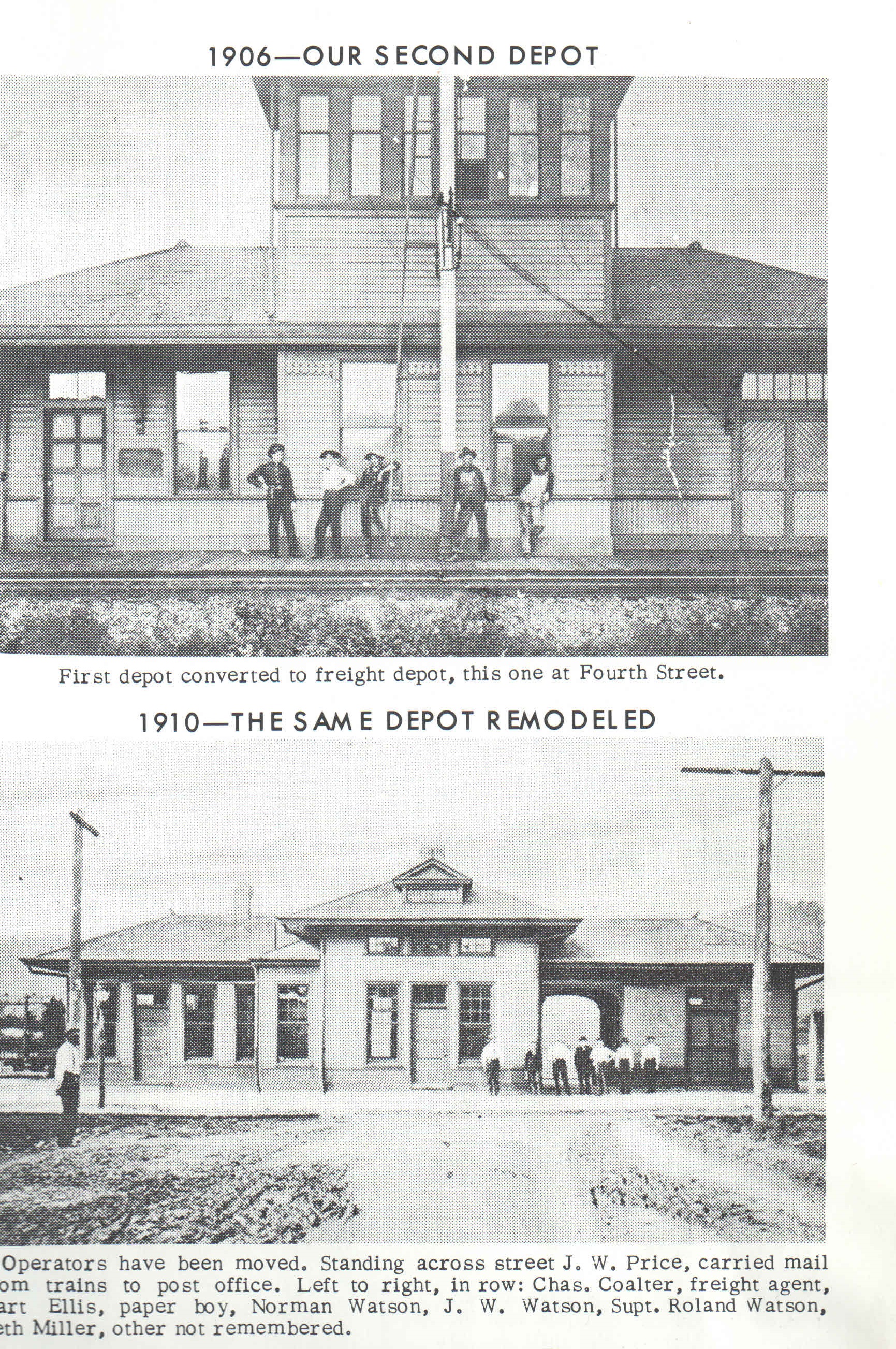 Fire Bell that was first in the C&O Depot before being moved to the City Fire Department on C St. (now first Baptist church Gym) 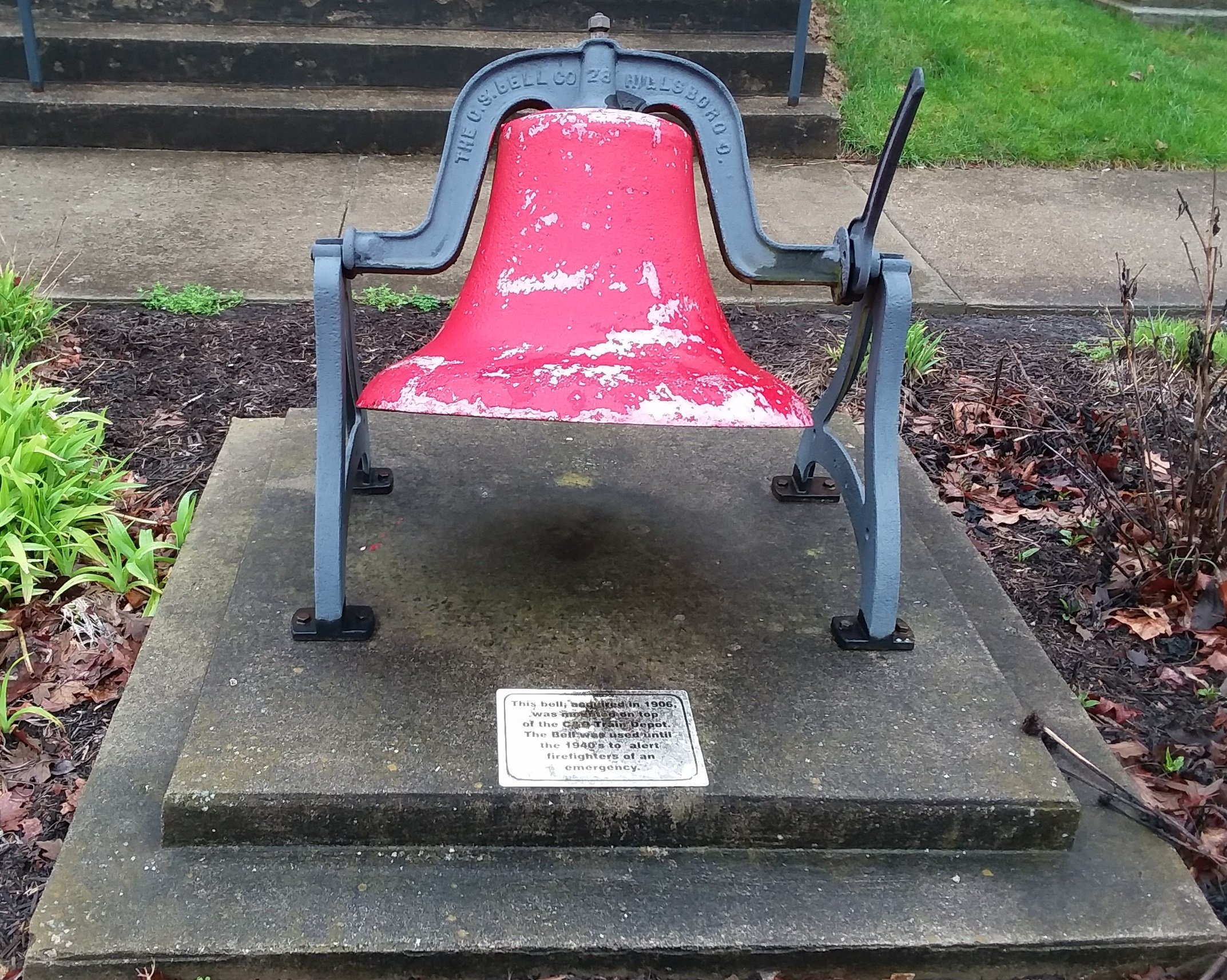 Plaque from the Fire Bell 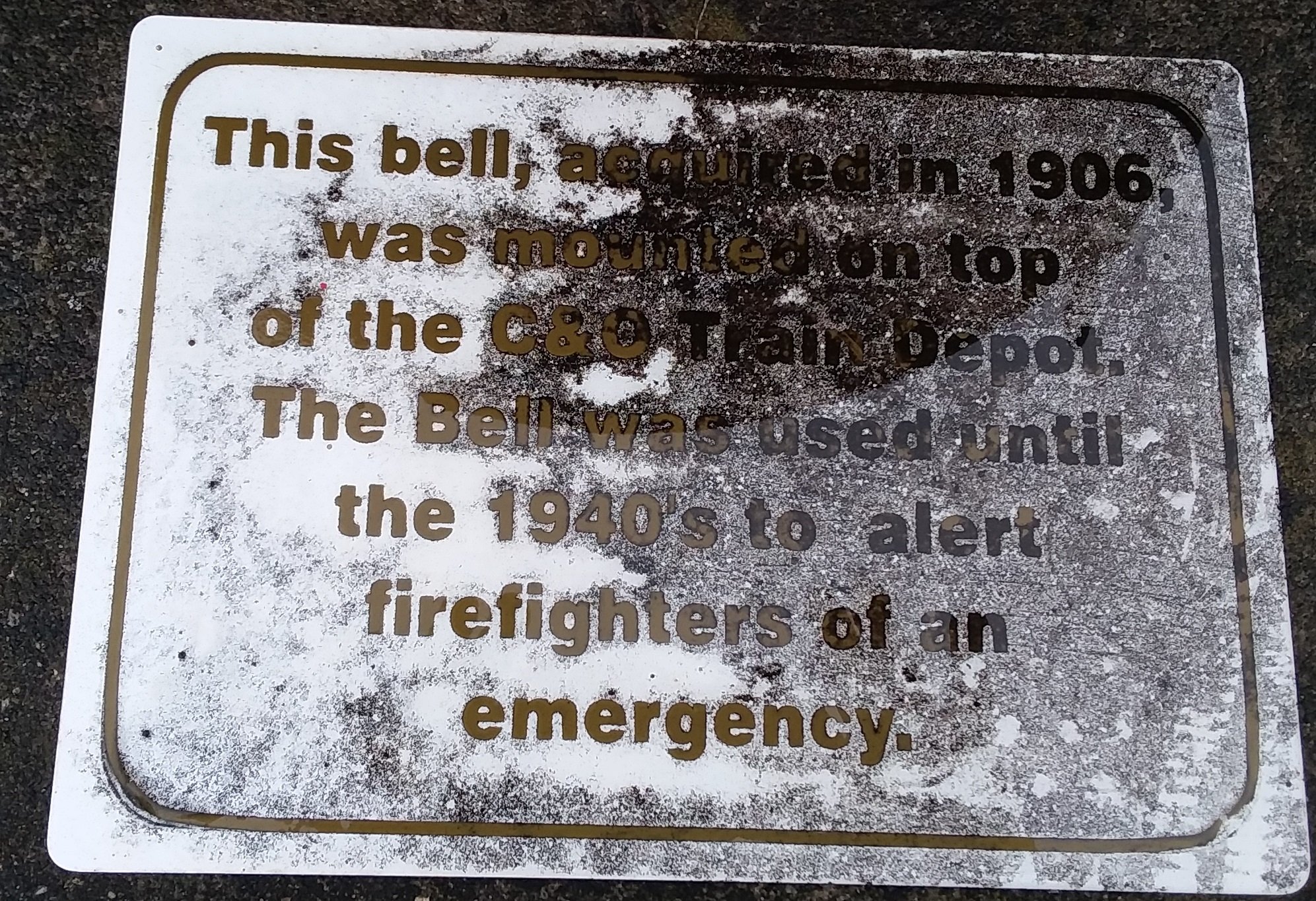 The Coal River plays an important part in the account of St. Albans.  It is the foundation and doorway to the city’s history.  The Coal River was discovered by an explorer in 1742 by the name of John Peter Salley.  Salley and other Virginia explorers including John Howard were heading for the Mississippi after Mr. John Howard had been commissioned by the Government Council of Virginia to reinforce British claims in the West.  The River was named due to its massive amount of coal that could that he found there.

The first settlers were Christopher and Lewis Tackett.  They were brothers who came to the area in 1786.  At the mouth of the Coal River, they built a Fort.  Today that Fort is known as Fort Tackett.  The fort was built as a defense against Indian raids.  In 1790 there was an Indian attack on Fort Tackett.  Some villagers were kidnapped.  Later on that same year, there was another Indian attack, in which some of the Tackett’s were killed and their Fort was destroyed.  Some of the remaining settlers moved to another Fort in the city of Charleston, known as Fort Lee.

In the early 1800’s, what was then known as Coalsmouth, was getting ready to undergo its first name change.  In 1829, the name was first changed to “Phillipi”, after a Mr. Phillip R. Thompson.  He owned a great portion of the land in Coalsmouth, especially within city limits.  As a result, Mr. Thompson had his land named as the town of “Phillipi”.  However, there was no post office in the town at this time.  The Post Office was built later on and has only had two names, Coalsmouth and St. Albans.

Mr. John Cunningham obtained the property of the town of Phillipi.  In 1868, Mr. Cunningham changed the name of the town to Kanawha City.  By 1871, the town underwent another name change after Collis P. Huntington decided to build the Chesapeake and Ohio Depot.  Mr. Huntington was a persuasive man of influence who had the name changed after the WV Legislature agreed to do so. The new name of the town was now known as St. Albans.  It was named after the town of Mr. Huntington’s Chief Counsel, H.C. Parsons who had a home in St. Albans Vermont.

With the growing need for coal and lumber transport, the Chesapeake & Ohio Depot was booming with business.  The Depot was built on 5th Street near the entrance of the Coal River supply dock.  In 1906, the Depot was moved and rebuilt on 4th Street.  In 1910 there was a fire that destroyed the Depot and it had to be reconstructed.  After its reconstruction, the C&O Depot remained to be an active part of St. Albans, providing coal and passenger transportation through the 1940’s.  In 1963, the C&O Depot was closed after the mills closed and the industries demands were in other places.  The Depot still remains today and is opened the second Saturday of every month for all to visit and enjoy its rich history.

Today on Main Street in the city of St. Albans, you can still visit some of the original structures that were rebuilt with masonry after the 1910 fires.  Although the city’s lumber mills are no longer open, the city still houses over 10,000 residents as of 2012, who work in the surrounding valley’s business industry.  Although the C&O Depot has closed, the Rail Road is still used for coal shipment.  St. Albans is a nice little city to visit.  You can take a tour of the Coal River by kayak during the city’s annual Tour De Coal.  To receive more information on the city’s activities and events, please visit the city of St. Albans website at www.stalbanswv.com.  You can find more information on the Tour De Coal on the Coal River website at www.coalriverwatertrail.org .

In the early 1800s, Fire Bell Towers were utilized as a means of communication within a town to let everyone know that there was a fire in the area.  The fireman would come with buckets of water and ladders to try and put out and contain the fire.  In this era, because water buckets were the only means of putting out an actual fire, it meant that a fire could spread quickly if not contained.  As a result, leading to catastrophic circumstances had the Firefighters not been able to put out the Fire.

The Fire Bell was originally on 4th Avenue, located in the top of the C&O Depot in 1906.  The Depot was re-constructed in 1910 after the Depot caught on fire.  In 1906, severe fires broke out on Main Street, destroying its buildings and structures.  Unfortunately, there was no fire department located in the city of St. Albans at this time.  The closest fire department was in the city of Charleston, which was about thirteen miles away.  Fire equipment was brought in by rail.  The new structures were built out of masonry, and of the twenty-seven structures, they are still on Main Street in St. Albans, today.

This bell was manufactured by the C.S. Bell Company according to the inscription on the top of the bell. During this time period, this bell would have been made of cast steel, rather than iron.  The C.S. Bell Company made lots of bells.  The company made bells ranging from dinner bells, church bells, and school bells, to fire bells.  The idea of the bell was started by the founder of the company, Charles Singleton Bell.  This idea came to him as he dropped a piece of steel.  As the steel fell to the floor, it struck an object making a ringing sound.  Thenceforth, came the idea of steel bells.