The Hamel home was built in 1920 by Henry Jacob Hamel and his wife, Lida. Hamel was the son of a German immigrant to the area, Henry Hartman Hamel, who became a prominent early citizen of Davisville. 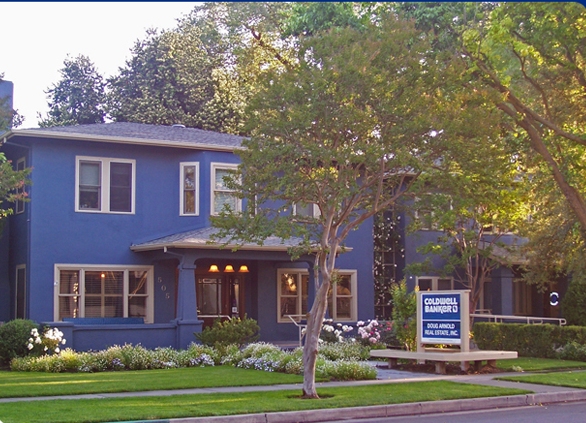 The H.J. Hamel home, a fusion of both Colonial Revival and Crafstman styles, was built in 1920. It was the home of Henry Jacob Hamel, his wife, Lida, and their children.

Hamel was the son of a German immigrant, Hartman Henry Hamel, who came to the area in the mid-1800s and became a prominent early citizen. The elder Hamel owned a large ranch outside the community.

Currently, the Hamel home is used as a real estate office by Coldwell Banker.