The front of the Confederate Memorial 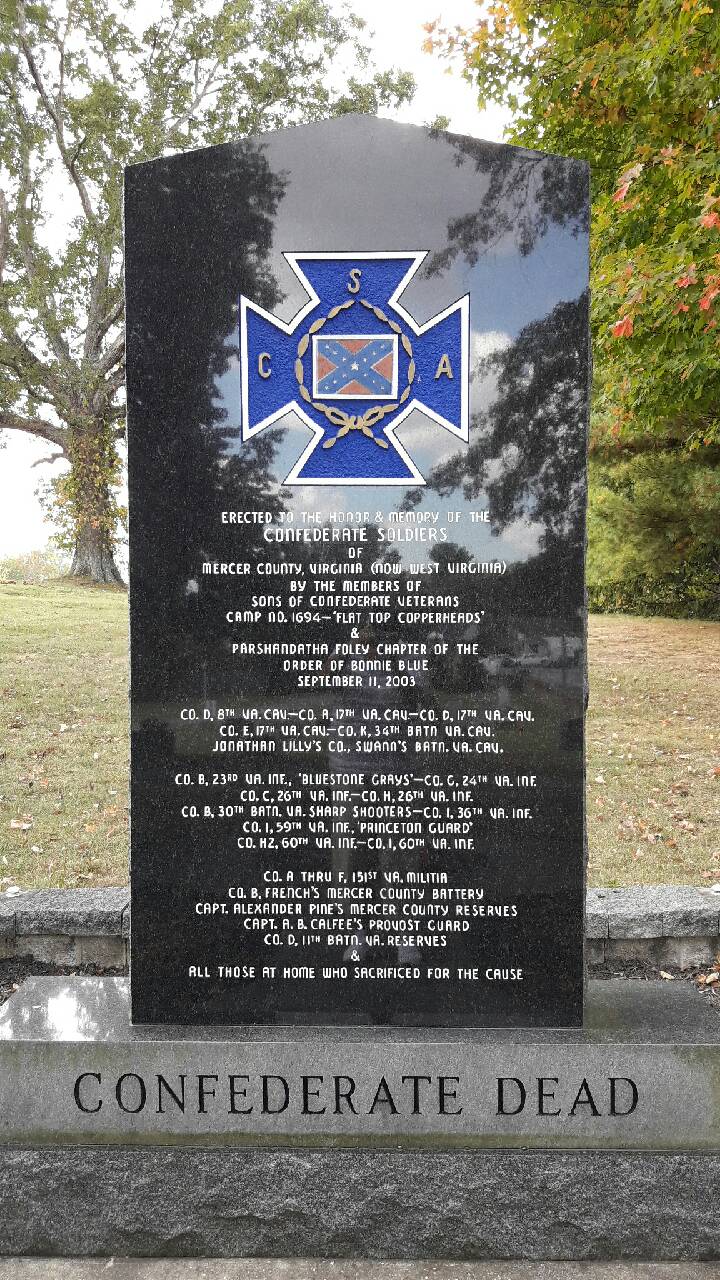 The back of the Confederate Memorial 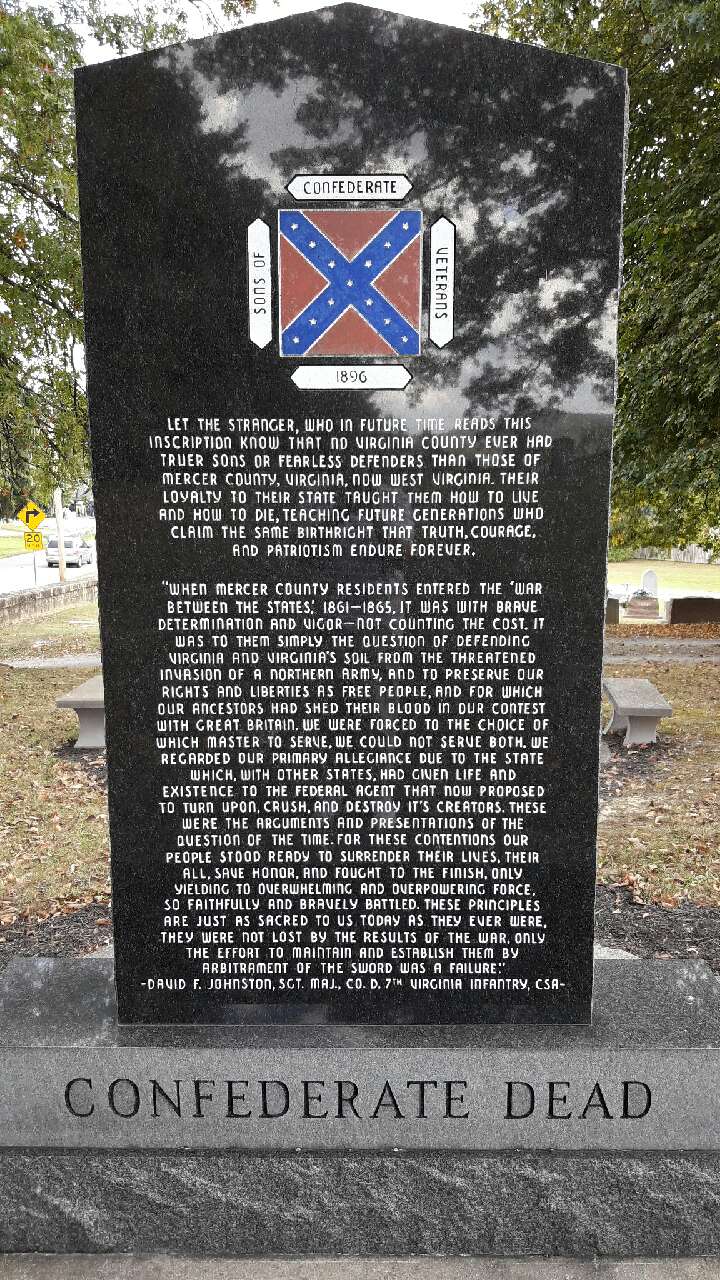 The Memorial was erected and dedicated by members of Sons of Confederate Veterans, Camp Number 1694, also known as the Flat Top Copperheads and the Parshandatha Foley Chapter of the order of Bonnie Blue.

It has been recorded that Mercer County organized and equipped eleven full companies for the Confederate service in proportion to population more than any County in Virginia.

A portion of the inscription on the back of the Memorial states:  Let the stranger, who in future time reads this inscription know that no Virginia county ever had truer sons or fearless defenders than those of Mercer County, Virginia, now West Virginia.   Their loyalty to their state taught them how to live and how to die; teaching future generations who claim the same birthright that truth, courage, and patriotism endure forever.