What once was to be oldest covered bridge still standing at the time in the state of West Virginia and later destroyed by a tragic event that forever changed the history of a small town, the old West Union Covered Bridge was a local landmark of a town that forever changes with the needs of its community. Creating a passageway over Middle Island Creek, the longest creek in West Union, and giving the community access to the newly developed roads and routes being built around that time, the bridge saw and allowed the town to progress.

West Union Covered Bridge before the Flood of 1950 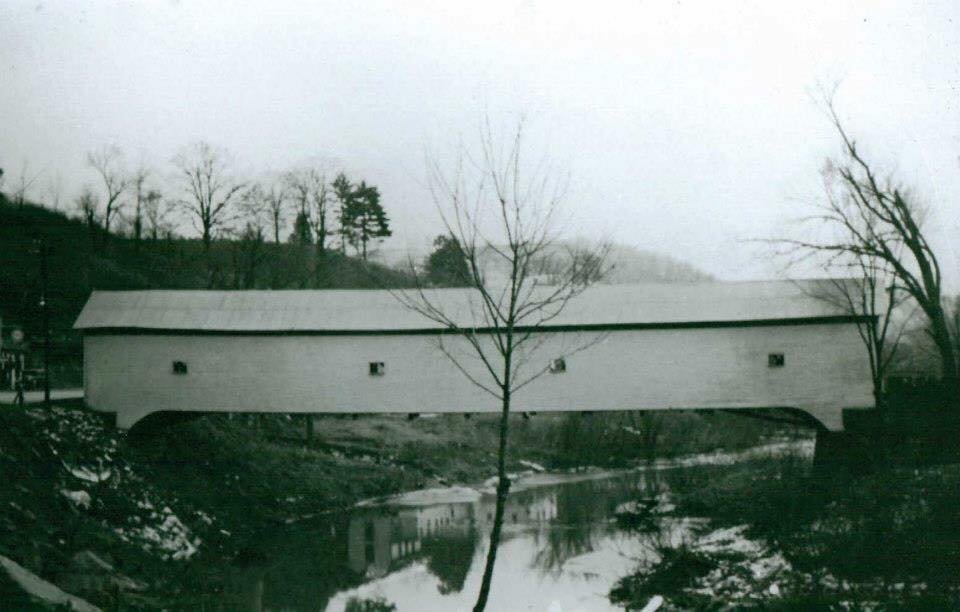 The bridge at its final resting place against the cement bridge next to West Union's Chevrolet building. 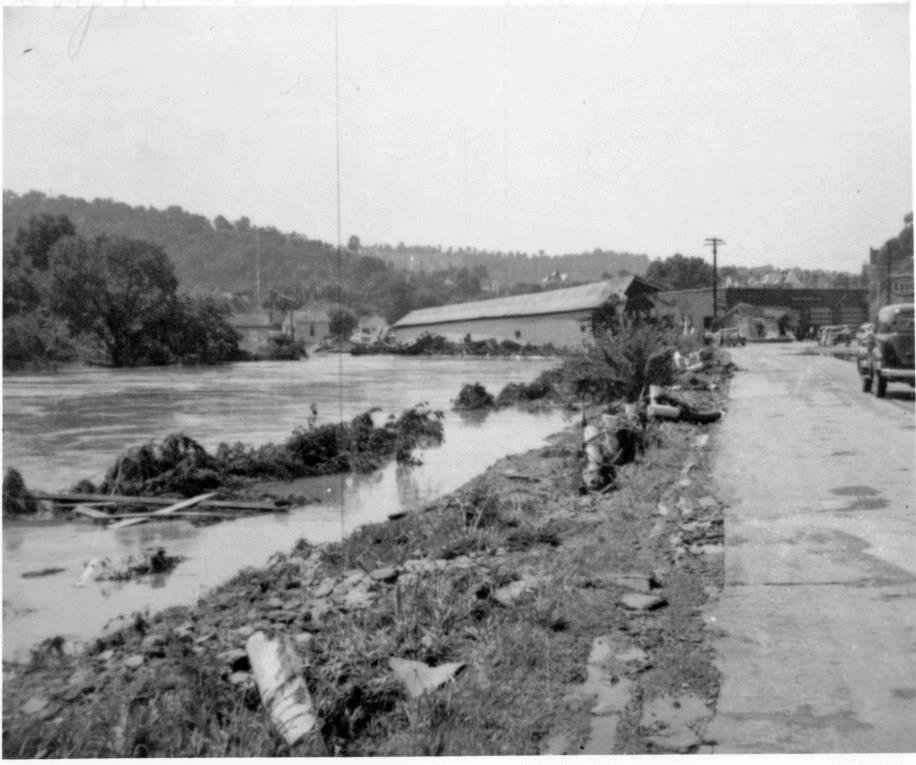 Bridge after the flooding 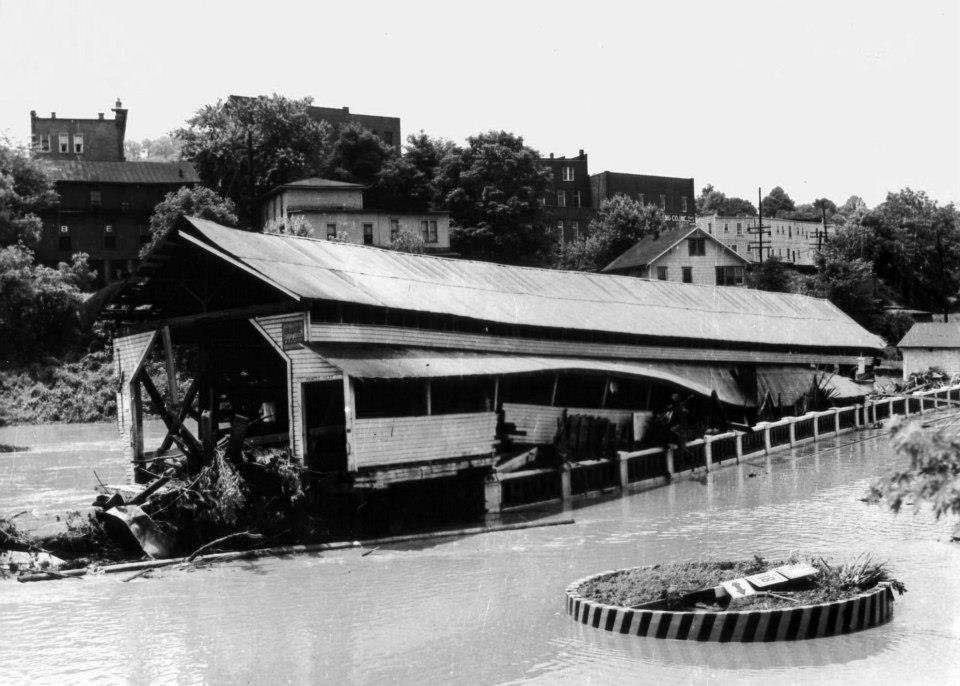 Memorial marker for those who perished in the flood of 1950, located at the Smithton Depot. 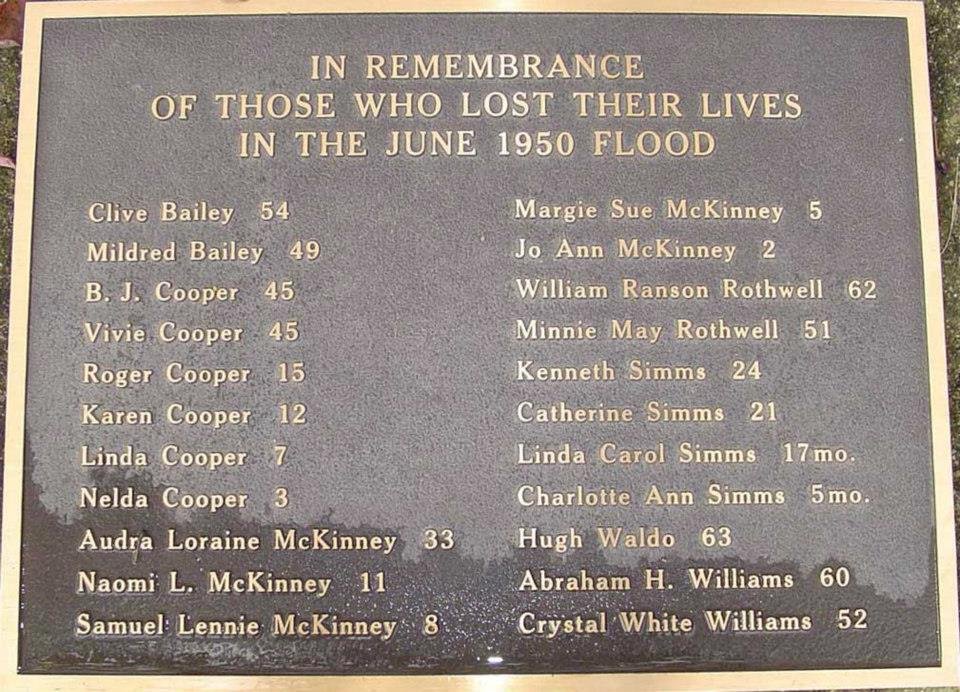 Bob the dog rode his family's house down Middle Island Creek with his owners until it hit a bridge. The family, but the father Phil, drowned. He assumed Bob also perished. After the flood, Bob was reunited with Mr. Cooper. Bob lived a long life. 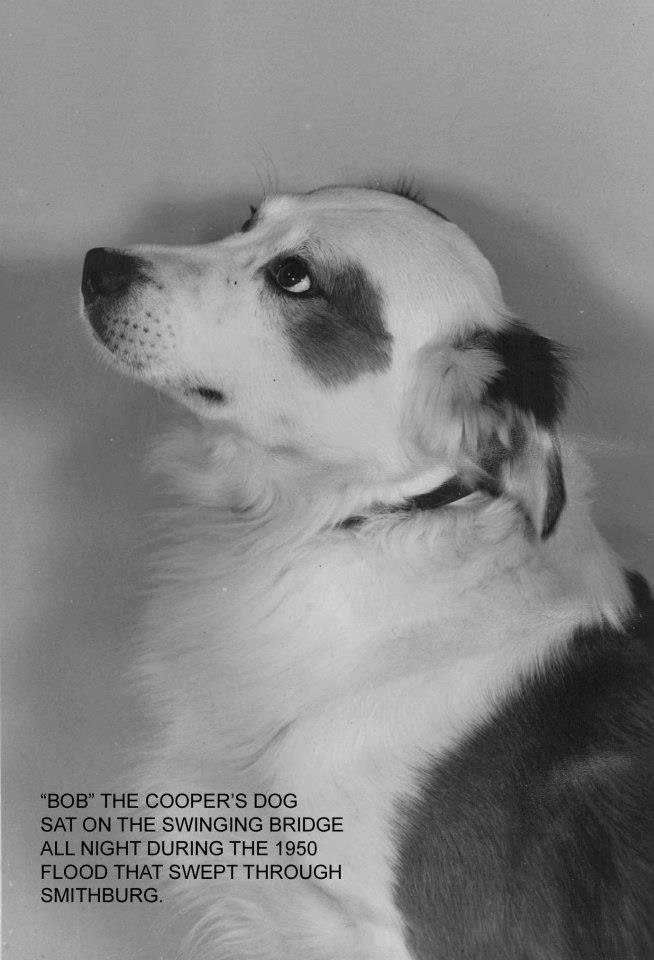 The first attempt to build a bridge across the Middle Island Creek to get from one side of town to another was made from hewed logs and was washed away from a flood in 1835. Eight years later, it was redesigned by Lemuel Chenoweth and rebuilt with the help of a Mr. Lynch from Clarksburg, WV and Ephraim Bee, a notable Doddridge County native. The bridge was later reconditioned in 1939 at the sum of $1,600.

This bridge was vital for connecting one part of town with another, but it also connected the town with Route 18. Route 18 runs north to south through Gilmer, Doddridge and Tyler County. In addition, it also made travel to the Northwestern Turnpike much easier, making the bridge important for not only transportation but also business.

On June 25th of 1950, flood waters covered the town of West Union. The bridge was destroyed along with numerous homes and businesses. In a newspaper, days after the event in 1950, the headline read, “Flood Waters Destroy 78 Homes in County. 350 Made Homeless. 25 Drowned or Missing.” The town was in ruins and shock at the events that took place. Homes, businesses, and lives were all lost. Despite this event, the townspeople of West Union stood together to assist those without family or homes.

Once the waters started to recede, the clean-up began. Pieces of buildings were being picked up from the streets. As the old covered bridge’s remains were being demolished, bodies were being pulled from the murky waters and families and friends were searching for those who were missing.

Time heals wounds, but the story and memory of this event is still prominent in the small town. Since then, a new bridge has been put in the place of the covered bridge. Driving on it almost every day leaves you with feelings of grief once you know what happened there and how it affected the same community.