The West Haven Veterans Memorial - Veterans Walk of Honor is located at Bradley Point Park in West Haven, Connecticut. The West Haven Veterans Council began the first of ten campaigns to date selling bricks to commemorate veterans in 2006. The 100 yard walk contains memorials to Korean War, Vietnam War, and Private First Class William A. Soderman a World War II Congressional Medal of Honor recipient from West Haven. Bradley Point itself has historical significance. It was the location of a British invasion force led by Brigadier George Garth on 5 July, 1779 during the attack on New Haven.

Entrance to Veterans Walk of Honor 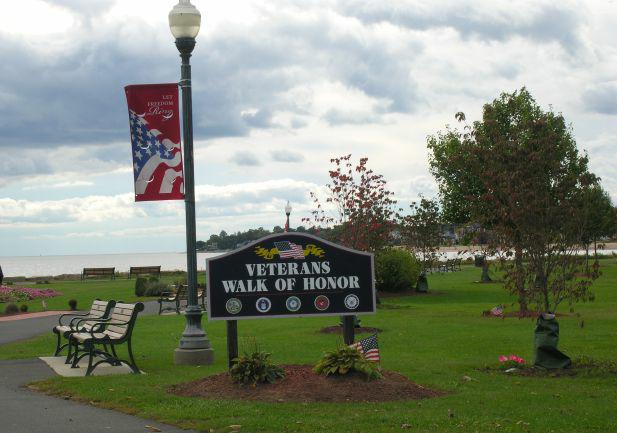 The first phase of the walkway and the city's first Korean War Memorial was dedicated in May of 2007. 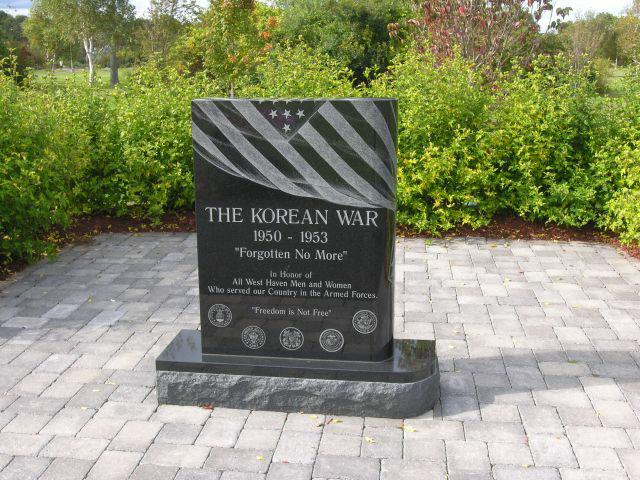 Veteran Walk of Honor dedicated in May 2008 a granite memorial was dedicated in honor of Army Pfc. William A. Soderman who during World War II. 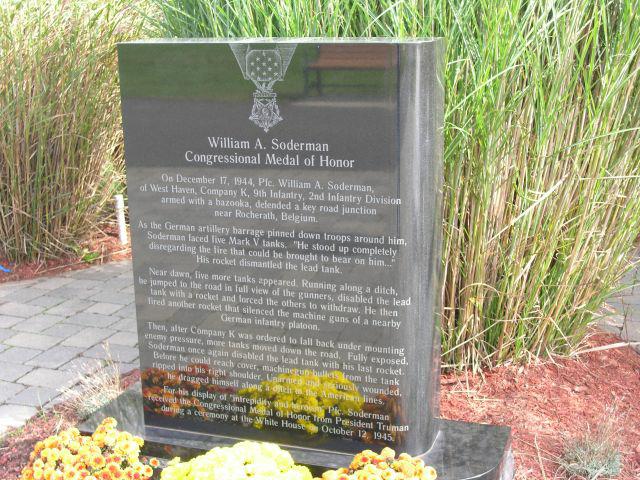 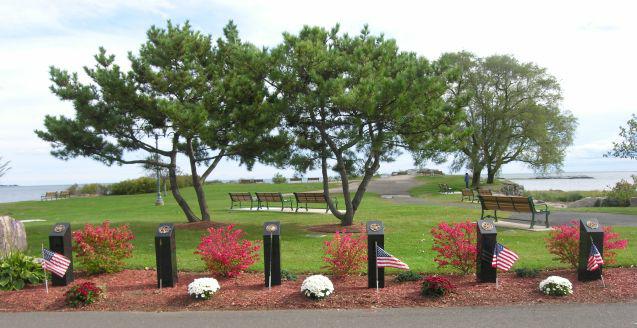 commemorative bricks with the names of local veterans 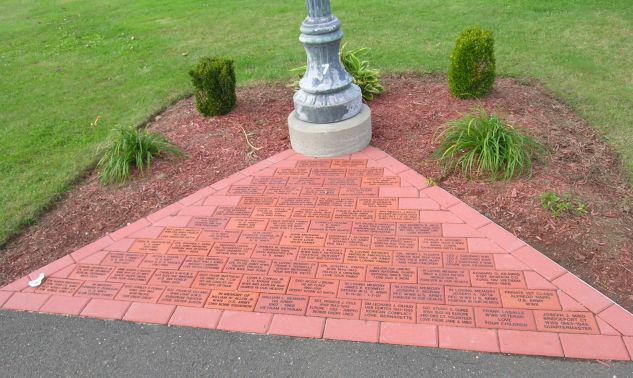 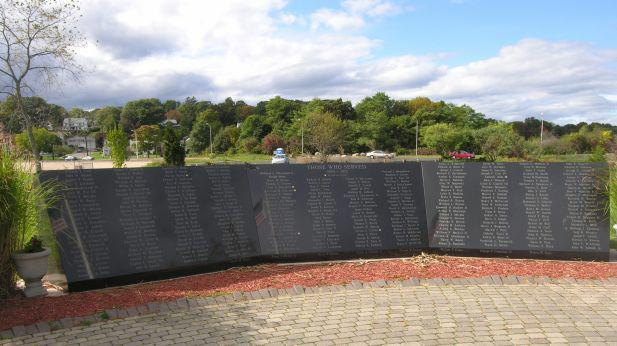 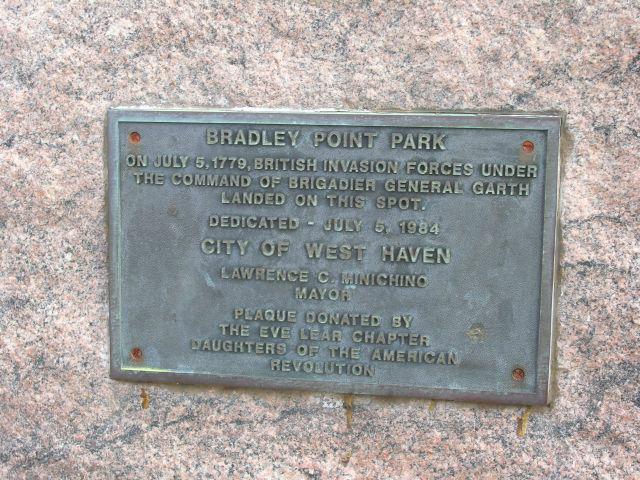 commemorative bricks with the names of local veterans

Map of Vietnam with the inscription "All gave some, some gave all" sits at the base of three flagpoles and surrounded with the insignias of our military service branches 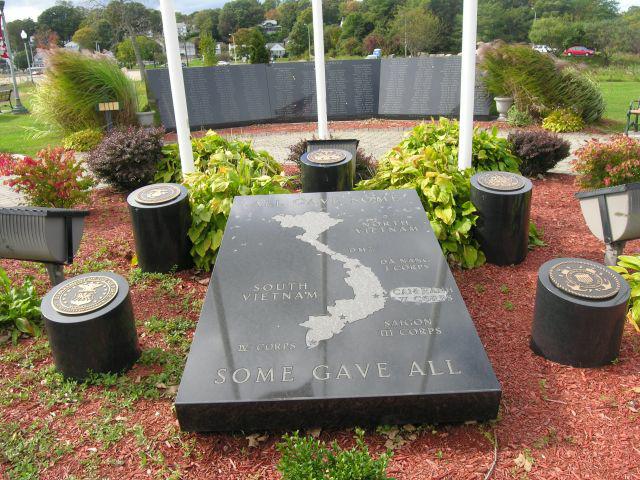 The walk begins with the Korean War Memorial which was dedicated in May 2007. The second memorial is for Congressional Medal of Honor recipient PFC William A. Soderman dedicated in May 2008. Additionally there seven granite grave markers on either side of Soderman's memorial with the insignias of the military branches and veterans organizations. The next memorial is the Vietnam War Memorial. It is the largest along the walk. It consists of three granite panels listing the 282 names of local residents and 6 who were killed in action during the conflict. In front of the of the panels is a single granite panel and three flagpoles. The panel is a map of Vietnam with the phrase “All gave some, some gave all” In May 2015, the dedication of a granite stone in memory of Lorelee Grenfell, longtime president of the Veterans Council. As you pass through the Veterans Walk of Honor the sidewalks are lined with commemorative bricks with the names of local veterans. In total there are 2600 commemorative brick placed between the Korean War and the Vietnam War memorials.

PFC William A. Soderman was a native of West Haven, CT. He was awarded the Congressional Medal of Honor for his valor and heroism on 17 December 1944. While serving with K Company, 9th Infantry Regiment, 2nd Infantry Division he defended a key road junction near Rocherath, Belgium from advancing German tanks during the Ardennes counteroffensive. Soderman disabled three German tanks and slowed the infantry advance. During his efforts, he received injuries from German machinegun fire. He survived his wounds and was additionally awarded the Purple Heart. After returning home, he married and had two children. On October 20, 1980 he died at the age of 68 and was buried at Oak Grove Cemetery in West Haven, CT.

Bradley Point Park is not only the site of the Veterans Walk of Honor but also the location of a British invasion during the Revolutionary War.  A historic marker is placed in the location where British General George Garth landed with an invasion force on July 5th, 1779 during the attack on New Haven. The park also has a 1.7 mile section of beach along the Long Island Sound. In addition to the sites at Bradley Point, visitors of West Haven, CT will find a variety of historical monuments and memorials through out the local area. West Haven hosts a Soldiers and Sailors Monument, a World War I Memorial, and a Veterans Museum.

9 am to dusk daily