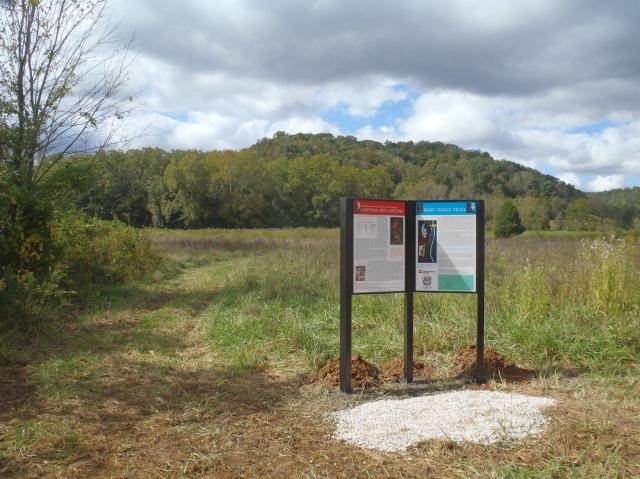 The map of where Mary Ingles traveled. 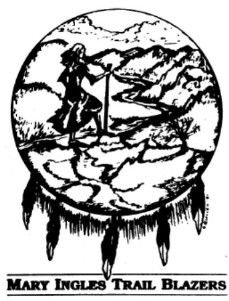 The story of Mary Ingles actually begins in the French and Indian War which was the war between Great Britain and France. Both the French and the British had allies within the different networks of Indians in this region. However, Mary's family was sucked into this dispute in July 1755.

It was just an average morning in Draper's Meadow when Mary's husband and other settlers were out harvesting their wheat. The Shawnee Indians took advantage of the settlers hard at work, and surprised an attack on them. The Shawnee managed to kill a handful of people, also while kidnapping others. Mary Ingles, her two sons, and her sister in law were kidnapped by the Shawnee.

The Shawnee first took Mary and her family along the Kanawha and New Rivers. They ended up in a small village along the Scioto River. When the group got there, Mary ended up getting separated from her two boys and sister-in-law. Mary's youngest son sadly died a few days after this took place.

The Shawnee then forcibly took Mary to Big Bone Lick, which is now Kentucky. Big Bone Lick was where the Shawnee and other Indians gathered salt. Mary was also with another woman who was Dutch. While the group was traveling through, Mary and this woman managed to escape the Shawnee Indians.

Mary Ingles and the Dutch woman had no map on how to get back home. However, Mary tried to remember the path that the Indians used. Mary and the Dutch woman followed the Rivers all the way back to Virginia, which is now West Virginia.  They walked along the south side of the Ohio River crossing the Kentucky, Licking, Little and Big Sandy, and Guyandotte Rivers before finally reaching the Kanawha River. The walk along the Kanawha was similar to that of the Ohio River until they traversed Kanawha Falls. These falls marked the beginning of their walk through the New River Gorge. This gorge contains large boulders, rock scree, and requires traversing cold, rapid streams. They traveled approximately 450 miles in 40 days.

It was not until December till Mary made it back to an old friends cabin, Adam Harmon. Mary's friend took her in and nursed her back to health. After Mary was healthy again, she finally got reunited back with her husband. Mary and her husband also managed to buy back their son from the Shawnee. Mary and her family ended up moving out of Draper's Meadows. However, they stayed in Virginia till Marys death in 1815.