Lightner Museum, previously known as Hotel Alcazar, which houses Otto Lightner’s Victorian-era collection of antiques. Located at 75 King Street St. Augustine, FL across the street from Flagler College (Lightner Museum.) It’s is also St. Augustine’s city hall. The lighter museum is housed in the building formerly known as the Hotel Alcazar was built by Henry Flagler, founder of Standard Oil and the Florida East Coast Railway, when he commissioned the architects Carrere and Hastings to construct the building. The hotel ran from 1889 until 1932 when it closed during the Great Depression. Seventeen years later in 1947, Otto Lightner purchased the building with plans to turn it into a museum to house his Victorian-era antique collection. The museum opened two years later after it underwent much-needed renovations. This building is one of the earliest examples of a poured concrete building and is inspired by the royal palace in Seville, Spain and designed in a Spanish Renaissance revival style.

One of the towers of the hotel. 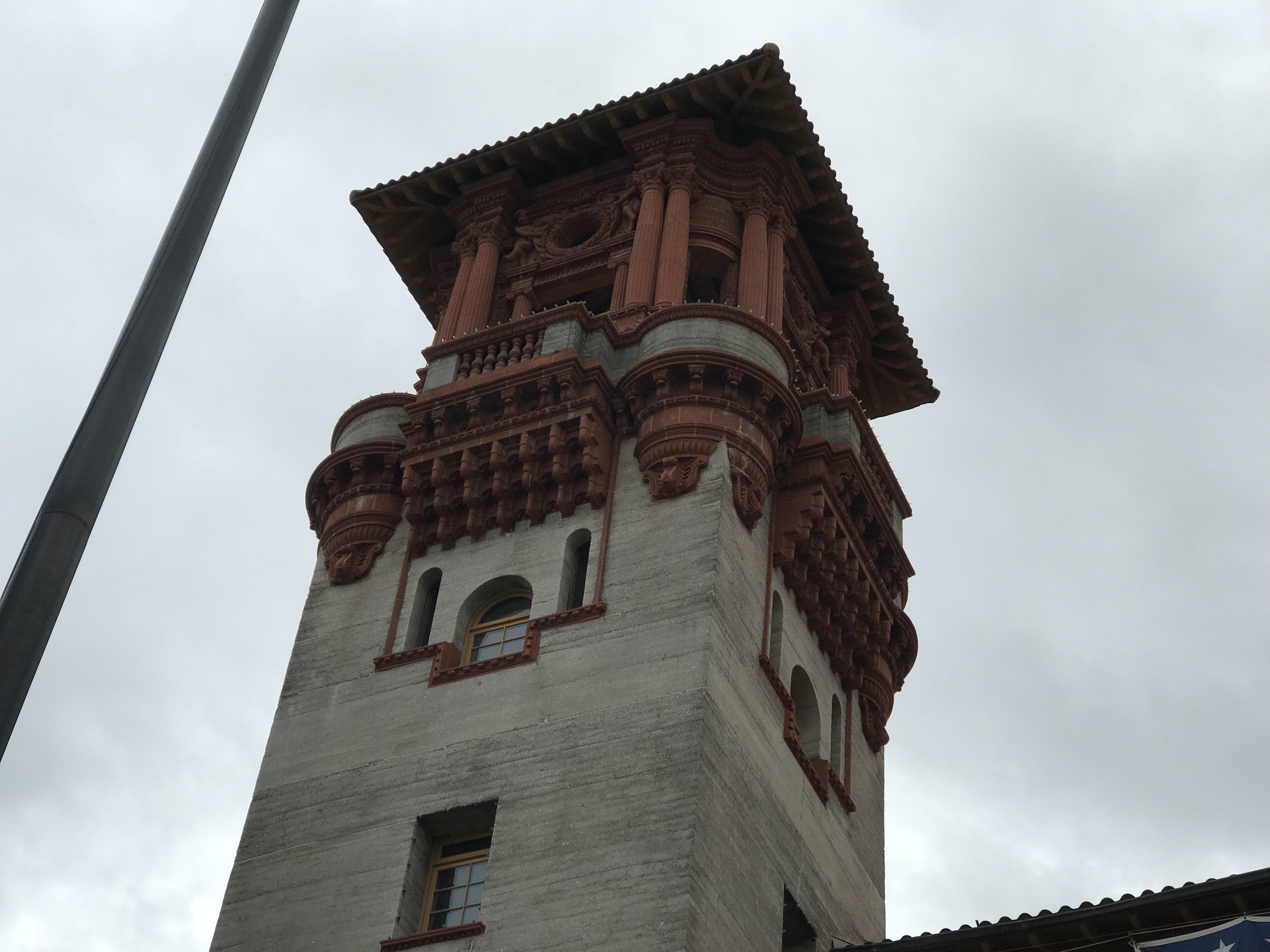 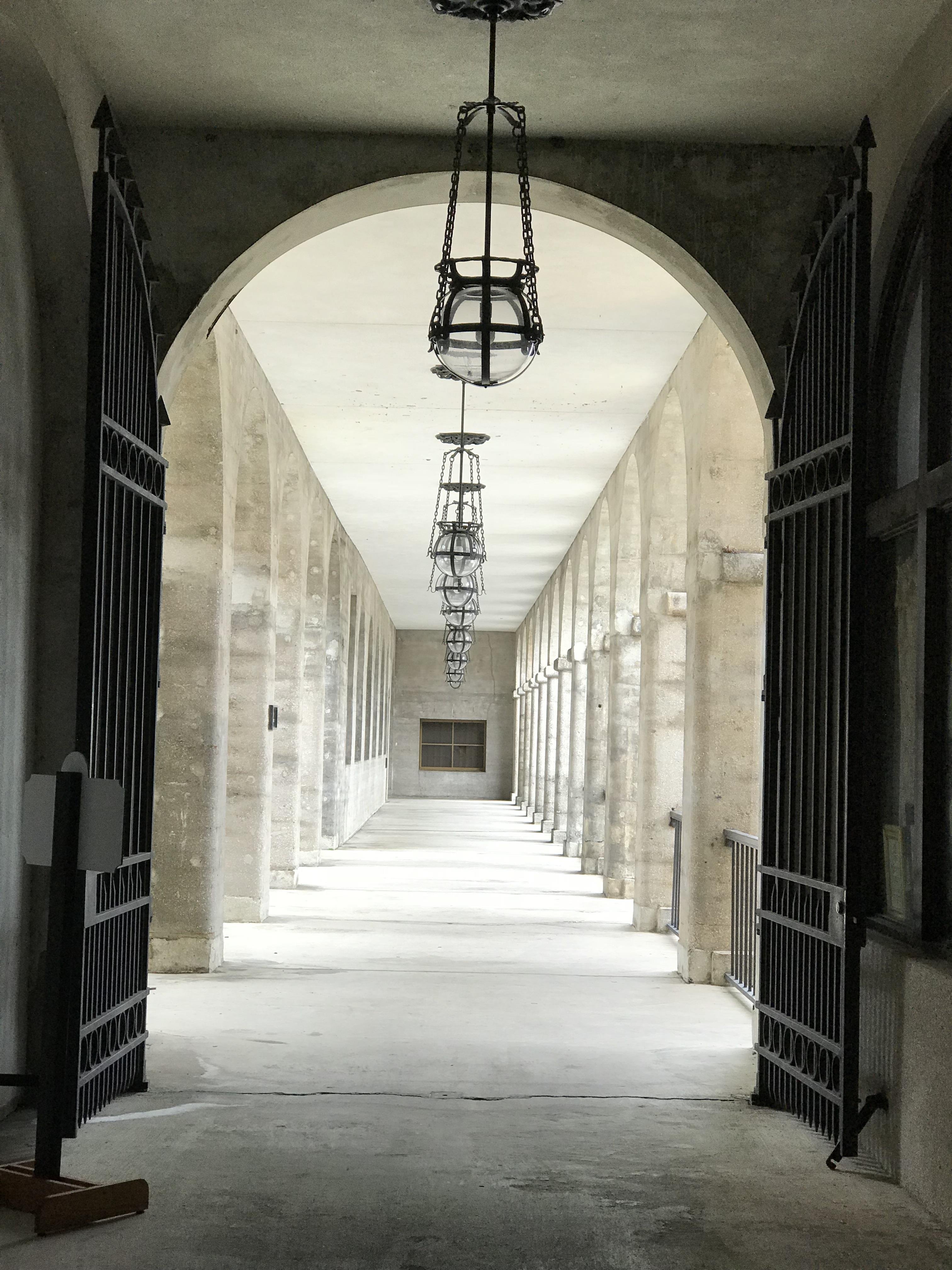 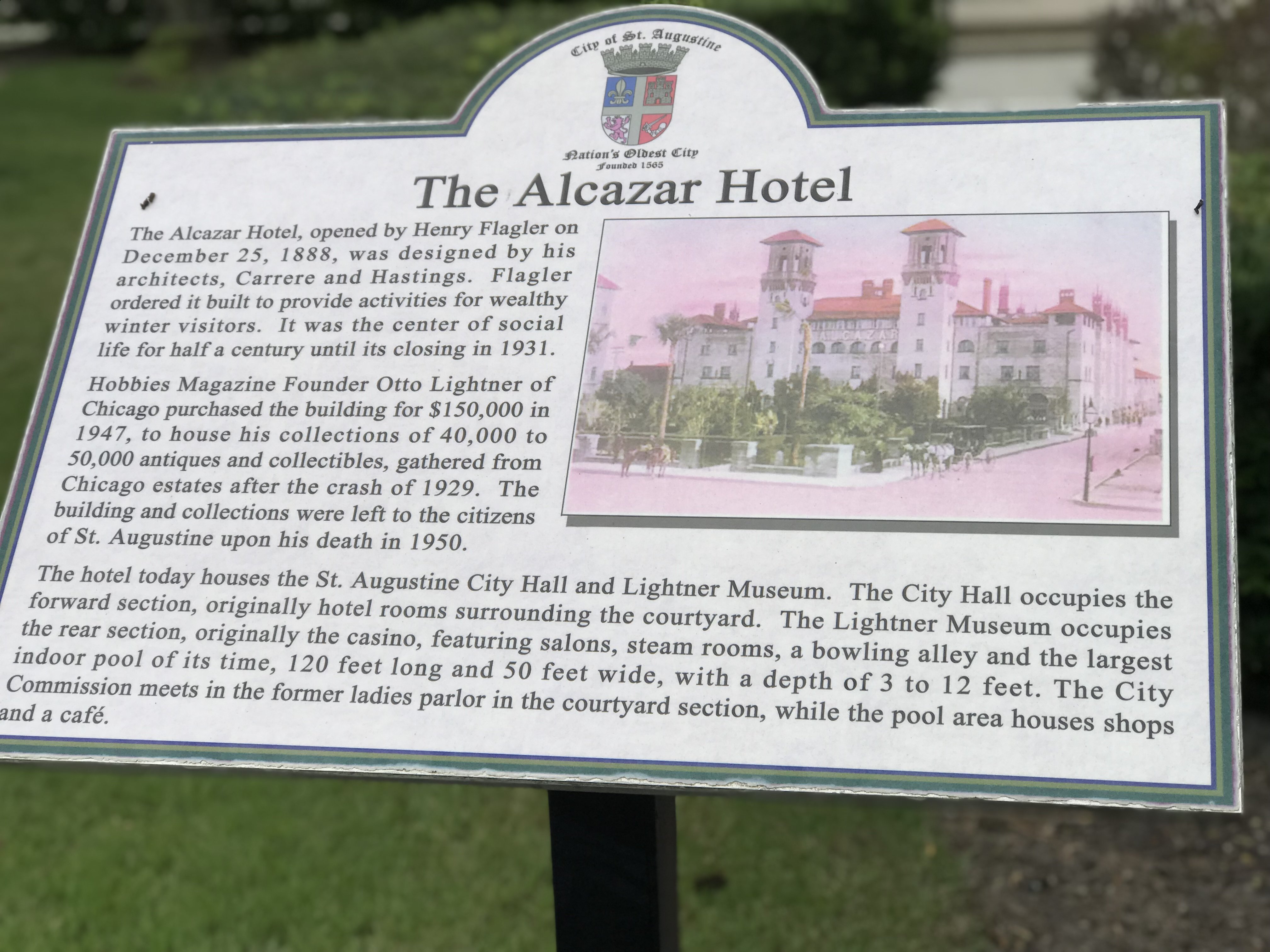 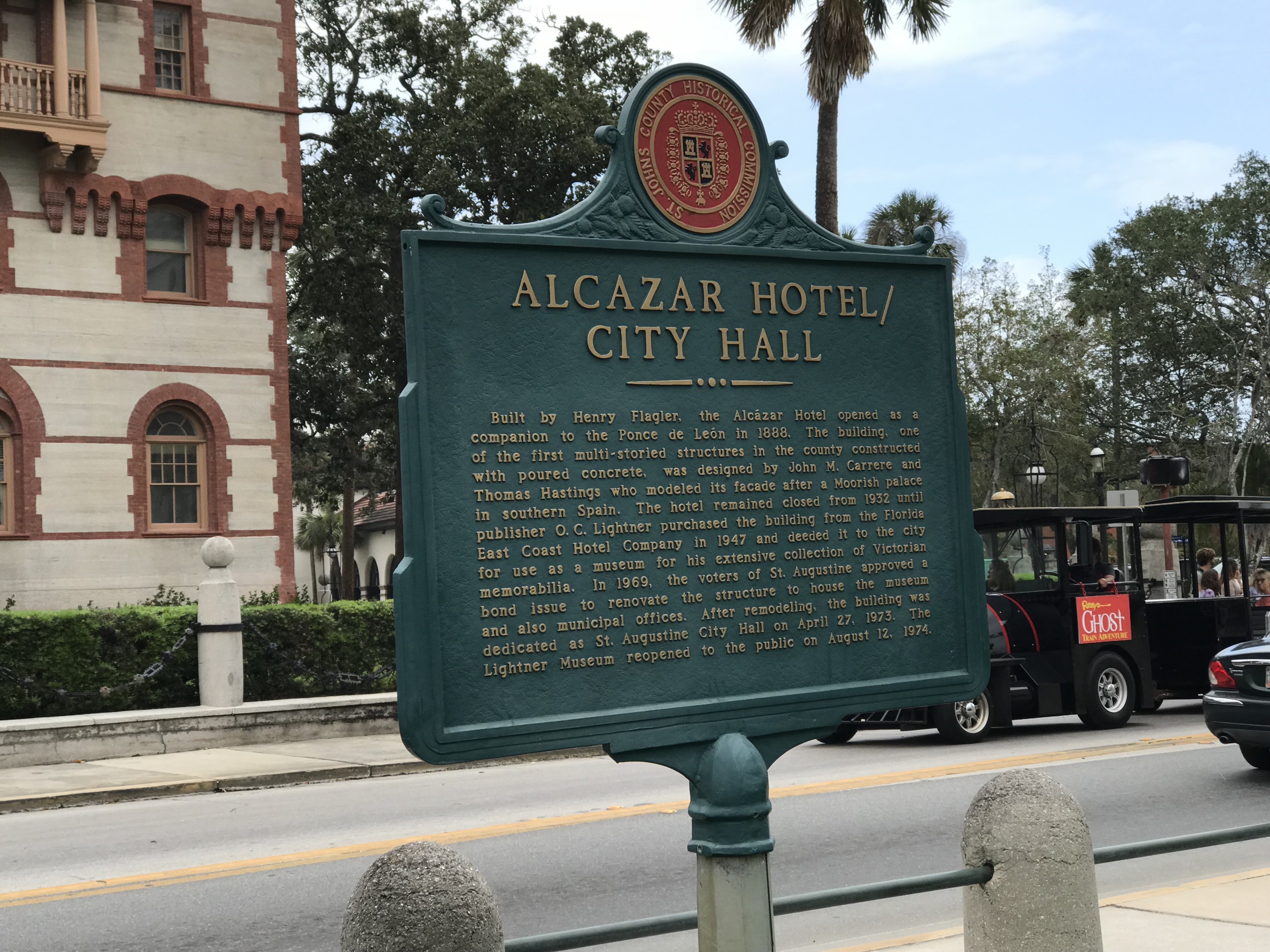 An old photo of the swimming pool. 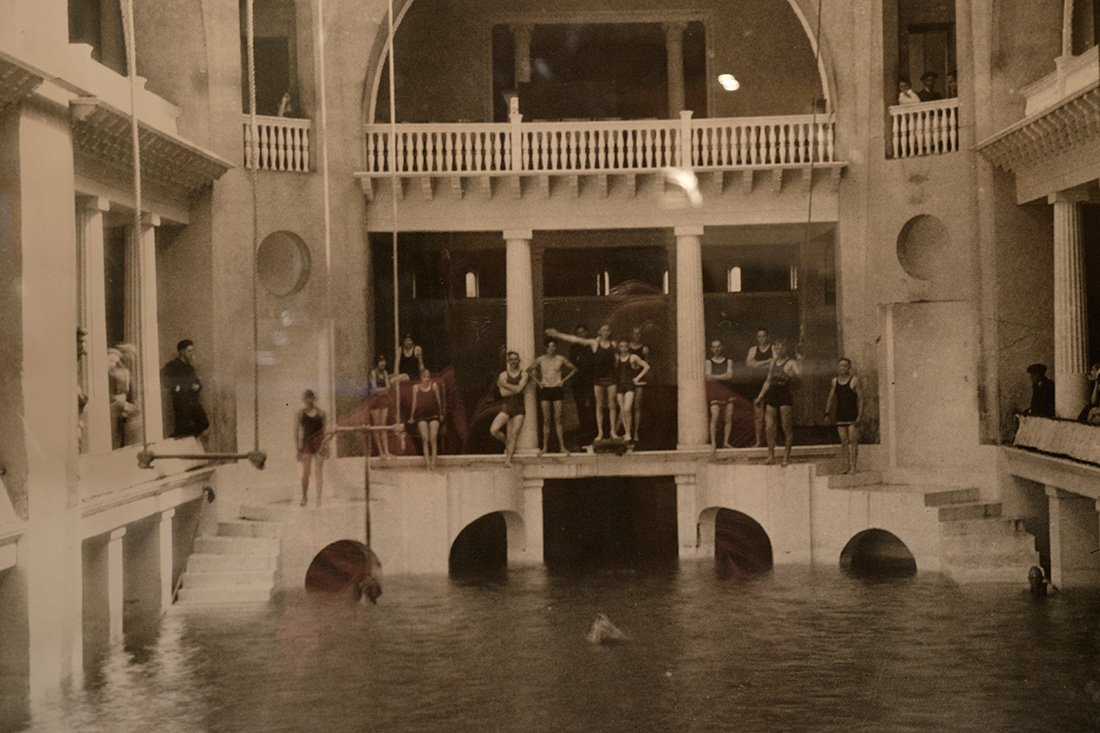 One of the baths. 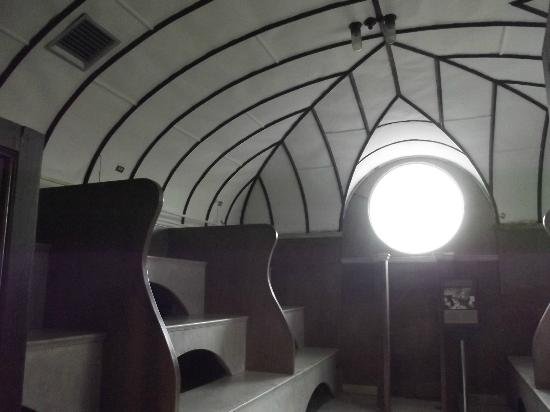 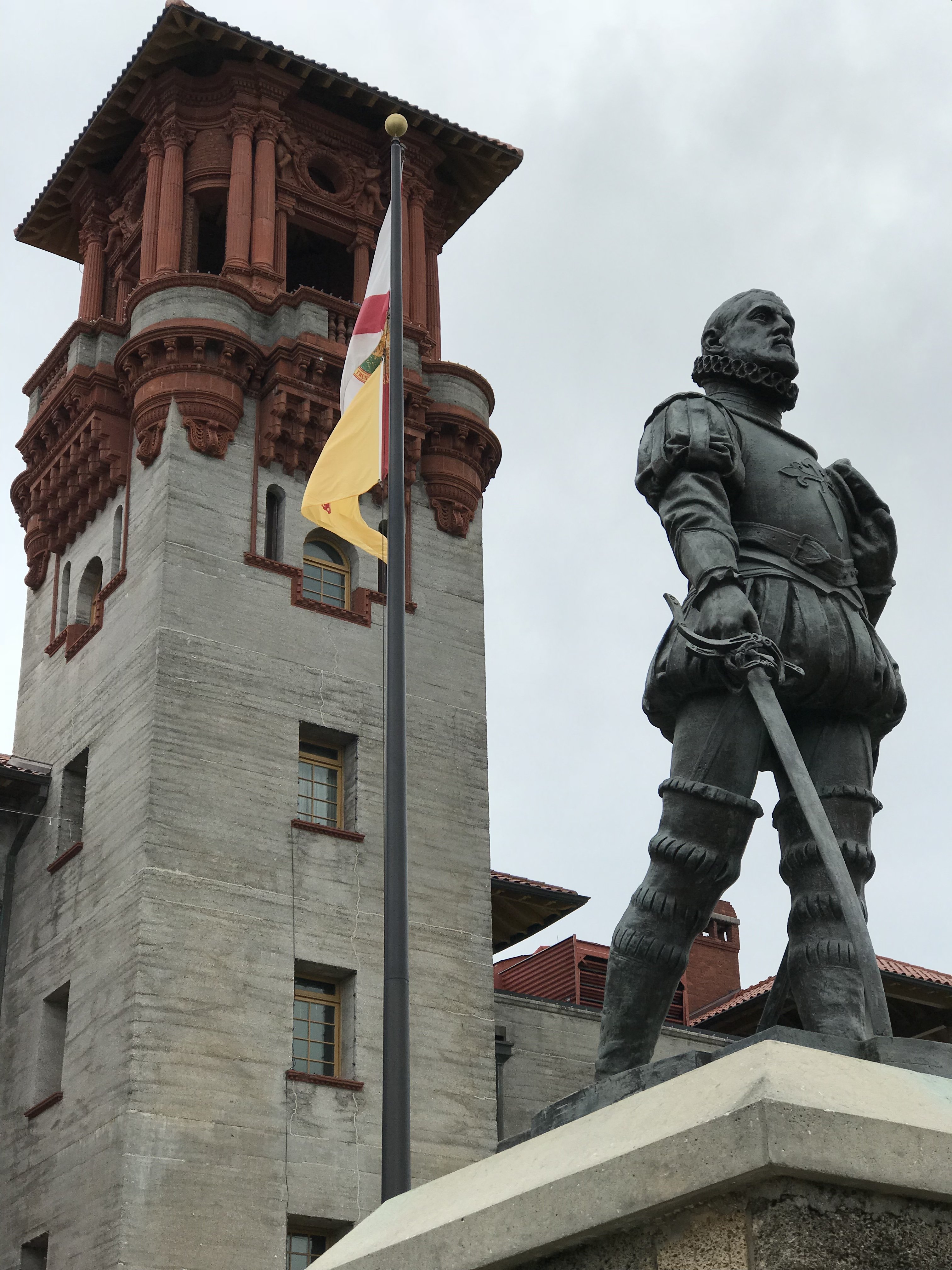 The front of the Lightner Museum. 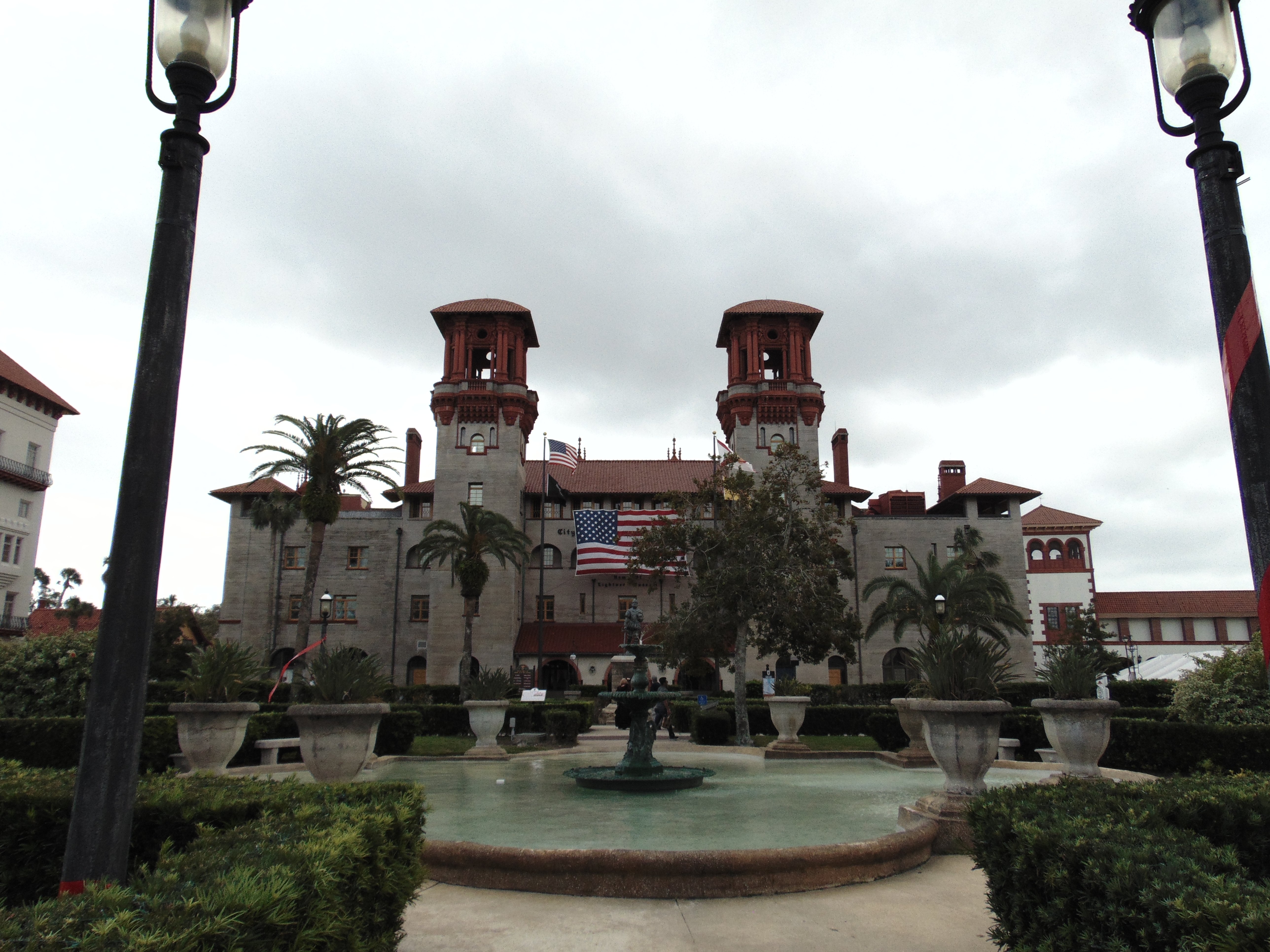 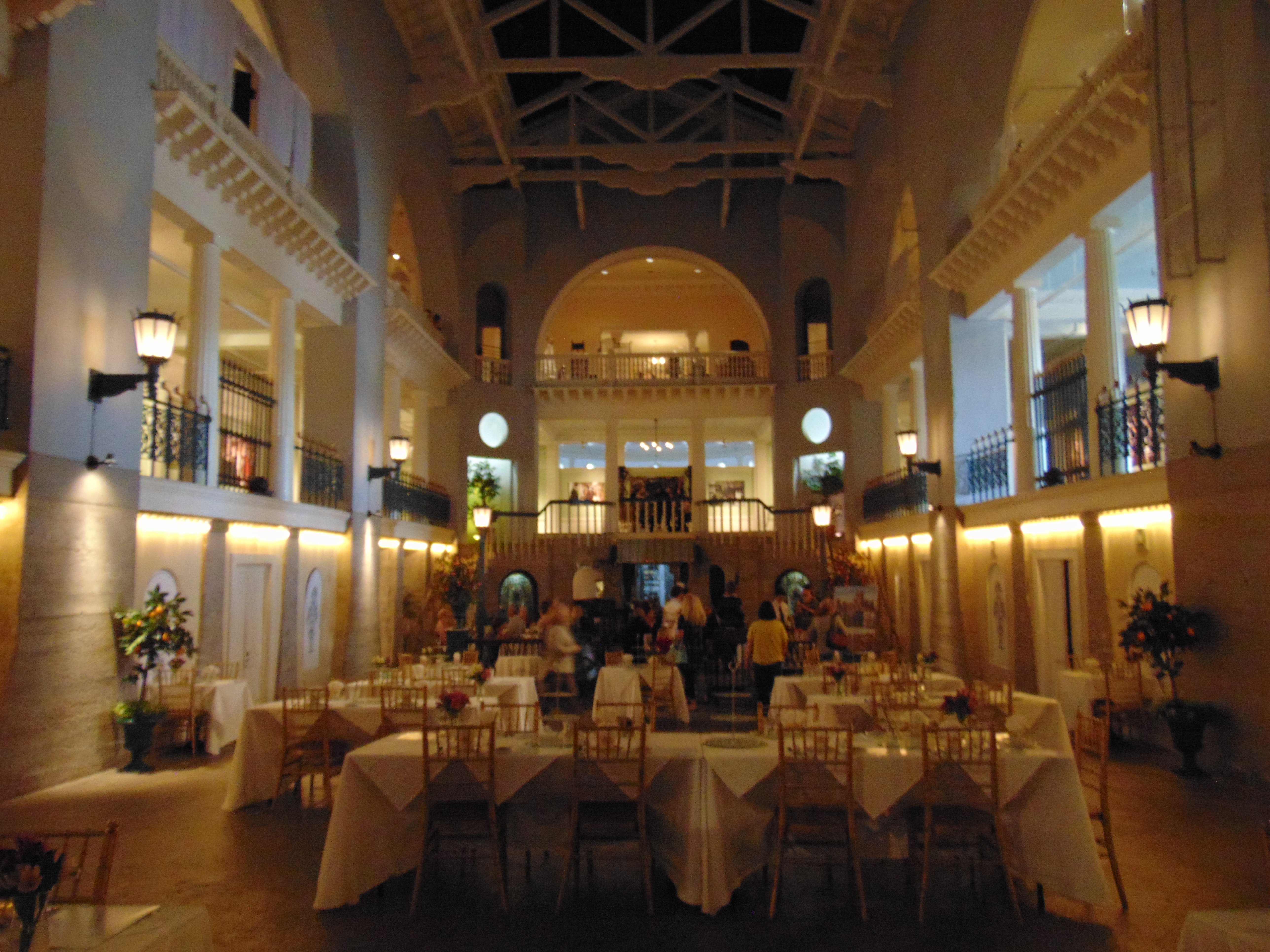 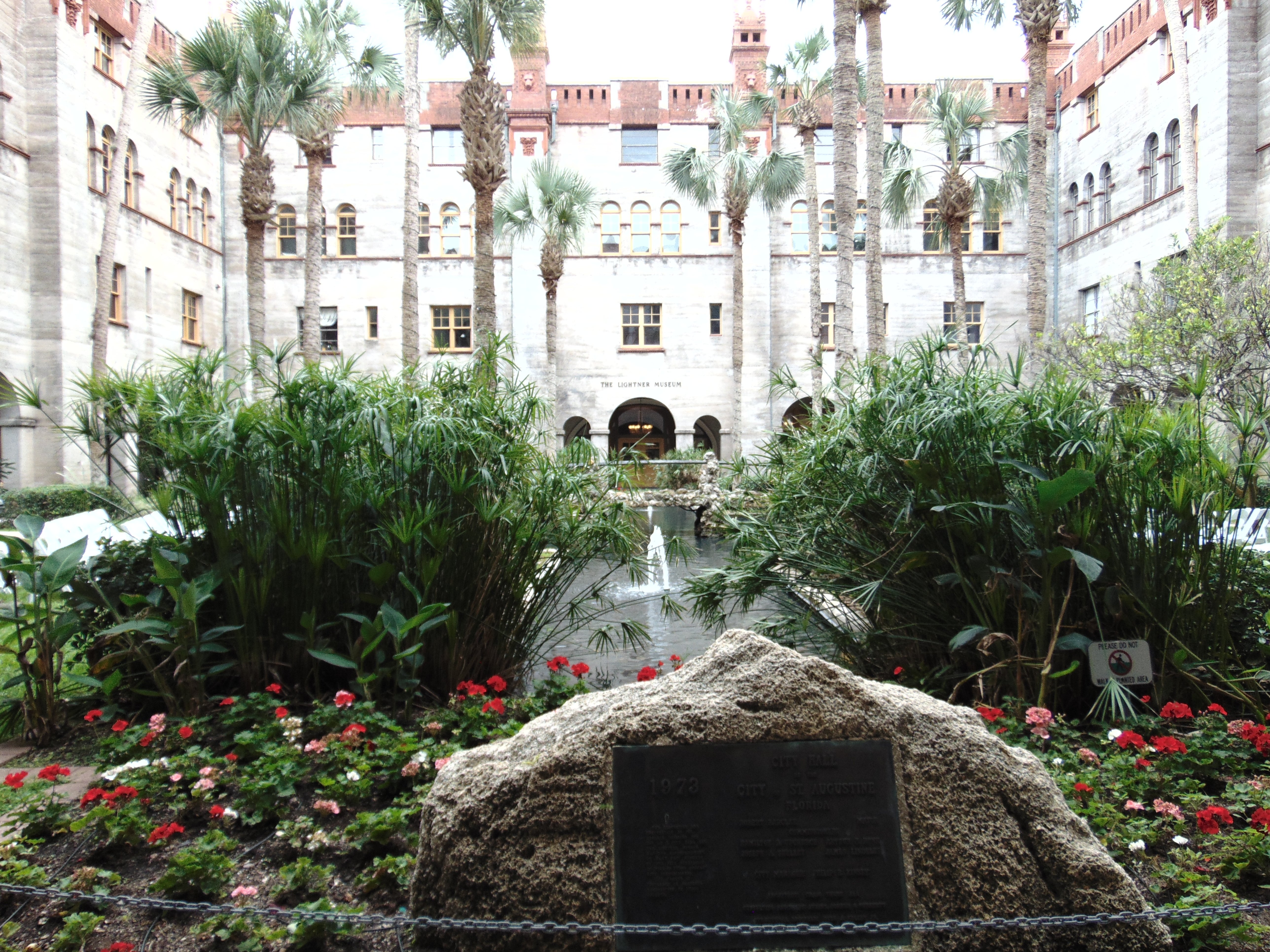 Stone with Otto Lightner written on it. 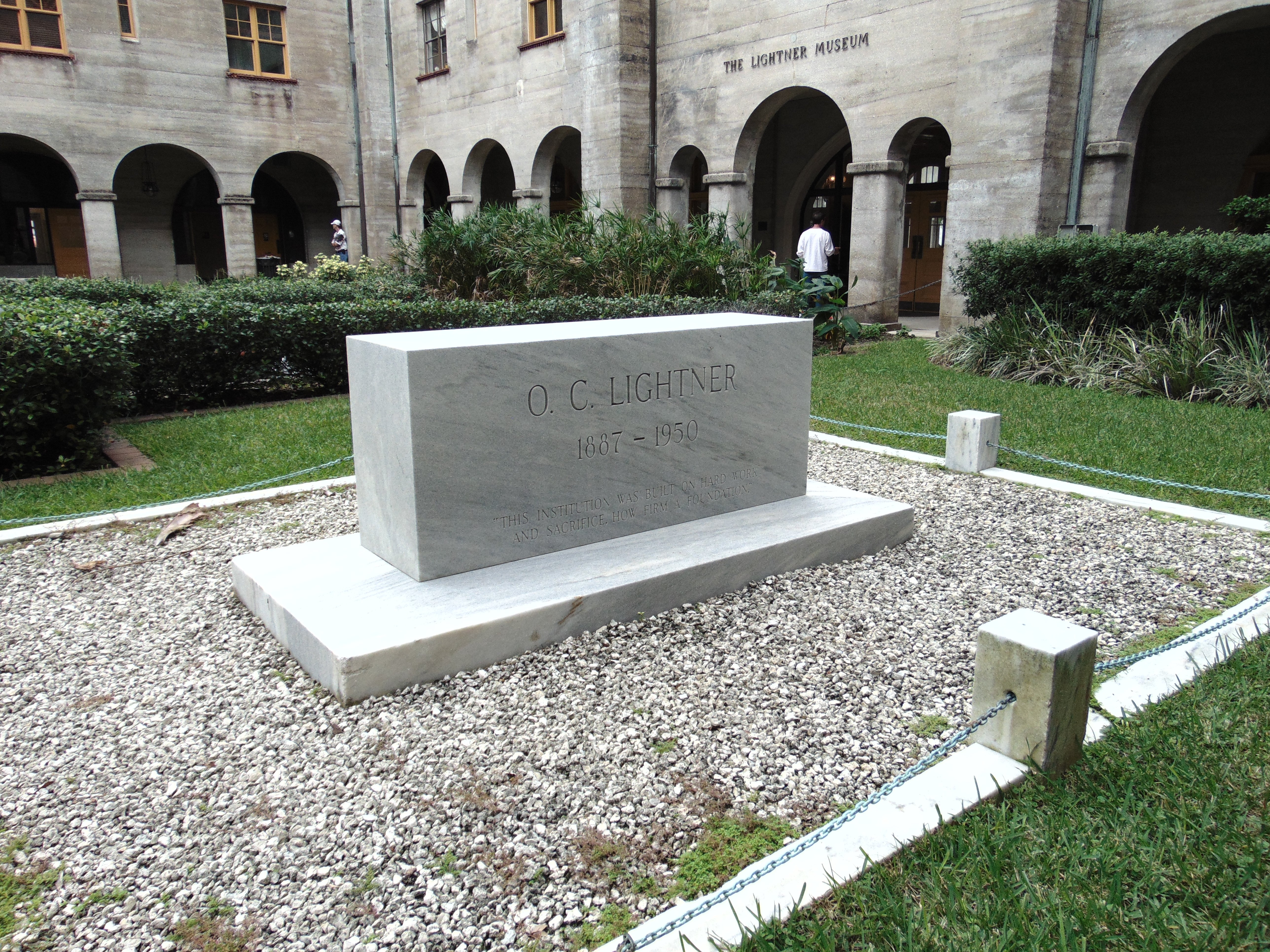 Look at the front entrance of the museum. 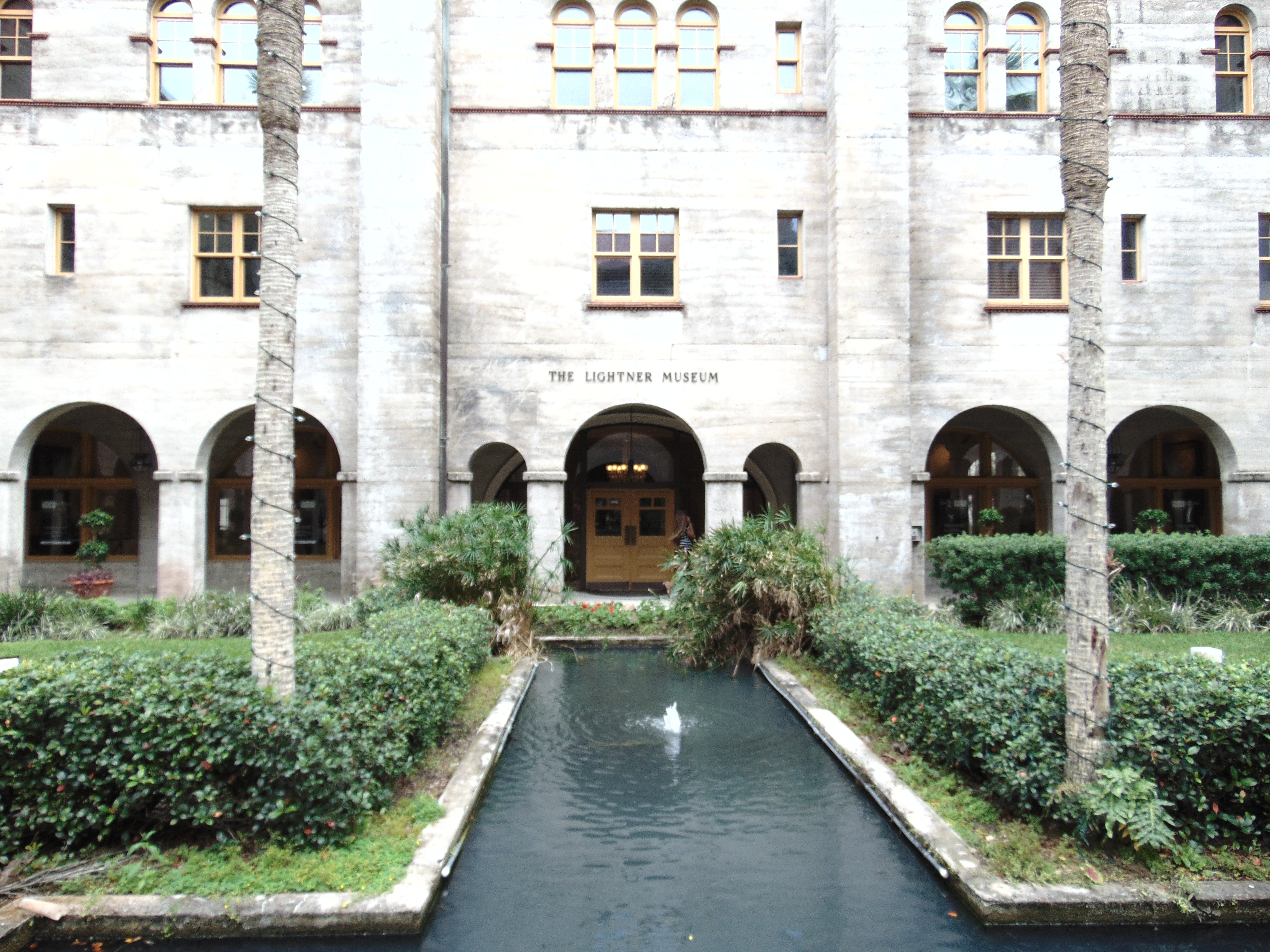 The hotel was commissioned by Henry Flagler to appeal to the wealthy tourists who traveled south for the winter on his railroad. He commissioned Carrere and Hastings, the firm of John Merven Carrere and Thomas Hastings, to construct this architectural masterpiece. The building was completed in 1888 after two years of construction and at a cost of $1,000,000 and opened on December 25, 1888. While still in its unfinished stage it was first used to accommodate overflow patronage of her famous “sister” the Ponce de Leon. Flagler envisioned the Alcazar as a less expensive $2-a-day hotel.  Four stories in height, the Alcazar in its original design had 300 guest rooms, a steam room, massage parlor, sulfur baths, gymnasium, a three-story ballroom, and the world’s largest indoor swimming pool. When the pattern of not having a private bathroom in every room changed, the number of rooms went from 300 to 170 (Lightner Museum History.)

There were elaborate writing and lounge rooms for the guests, a spacious lobby, and two dining rooms with kitchens and refrigeration facilities. The hotel provided many activities for its guests such as an indoor swimming pool, grand ballroom, sulfur baths, steam rooms, massage parlor, gymnasium, bowling alley, archery range, tennis courts, bicycle academy and in 1889 the casino opened. For just 25 cents anyone from town or other hotels could enjoy the casino. In the south section of the hotel were the Russian and Turkish baths, the Swedish massage services, and other activities. The natural artesian water, obtained from a well with free-flowing water, used in the baths and the pool was seen to have medical benefits. Near the baths was the three-story ballroom, which was then the recreational and social center of the Alcazar. On the upper balcony of the ballroom is where they held staged dances, entertainment, and other social functions. The ballroom pool, was the world’s largest pool at the time with the west side for woman and the east side for men and a skylight that could crack open for ventilation (“Lightner Swimming in History.”) The indoor pool at the Alcazar was and still is the world’s largest indoor swimming pool. In February 1925, the national AAU Swimming championship meets were held inside the pool, which included nationally famous feminine entries as Gertrude Ederle, Helen Wainwright, Aileen Riggin, and many more. In its peak of popularity in the 1890s, the hotel entertained more than 25,000 guests during the early winter seasons.

In 1932 the Alcazar shut down due to the national economic depression and it remained closed and uninhabited until Otto Lightner purchased it in 1947 to house his museum. The interior of the building suffered deterioration during the 17 years that it had been uncared for. An extensive renovation was necessary before it would be habitable again, for which Mr. Lightner set aside $150,000 for. It wasn’t until the latter part of 1947 that the museum began receiving exhibits from the Chicago Museum of Mr. Lightner. The Museum became open to the public in 1948. When just three years later Otto Lightner died, the building fell into deterioration. In 1968 the city stepped in and began renovating the building into a new city hall (Lightner Museum.) In 1978, the new city hall was opened and a portion of the Lightner museum was moved to the second floor.

Today, the building is home to St. Augustine’s City Hall and the Lightner Museum. The museum houses Otto Lightner’s Victorian-era collection of more than 20,000 antiques which include everything from typewriters and music boxes to Tiffany glass, cut glass, and porcelain (Lightner Museum Offical Site.) His collections of fine and decorative art from the 19th century were extensive, the museum’s eclectic collection ranges from a mummy, human hair art, salt and pepper shakers, shrunken heads, cigar labels, and buttons. The first floor of the museum houses a Victorian village, a Victorian science and Industry room and a music room filled with mechanized musical instruments. The second floor contains cut glass, Victorian art glass, and stained glass and the third floor, in the ballroom’s upper balcony exhibits paintings, sculptures, and furniture. Located at the deep end of the previous Alcazar swimming pool, is Café Alcazar a unique restaurant that offers lunch seven days a week.