Fort Ruger was the first official U.S. military installation in the Territory of Hawaii and its remains can still be seen all around the Diamond Head Crater on the island of Oahu. The fort was established as Diamond Head Reservation in 1906 and three years later, the installation was named Fort Ruger in honor of Major General Thomas H. Ruger, who served as the superintendent of the U.S Army Military Academy at West Point from 1871 to1876. The fort was established to demonstrate the government's unequivocal support for annexation following the debates about the legality and morality of the action that dominated the 1890s. Following the Spanish-American War and acquisition of Guam and other Pacific Islands, American political sentiment was nearly united in support of annexation. This military installation demonstrated that resolve and provided the military with a way to control and protect the harbor of the newly annexed territory. The fort saw continued use through WWII. While most of the buildings of Fort Ruger are no longer extant, the former gate and guardhouse remain along with some of the brick and stone that protected former artillery batteries. A small part of the fort is now the headquarters for the Hawaii National Guard and Diamond Head State Monument. It is estimated that up to 3000 people visit this site each day for its walking trails and incredible views. 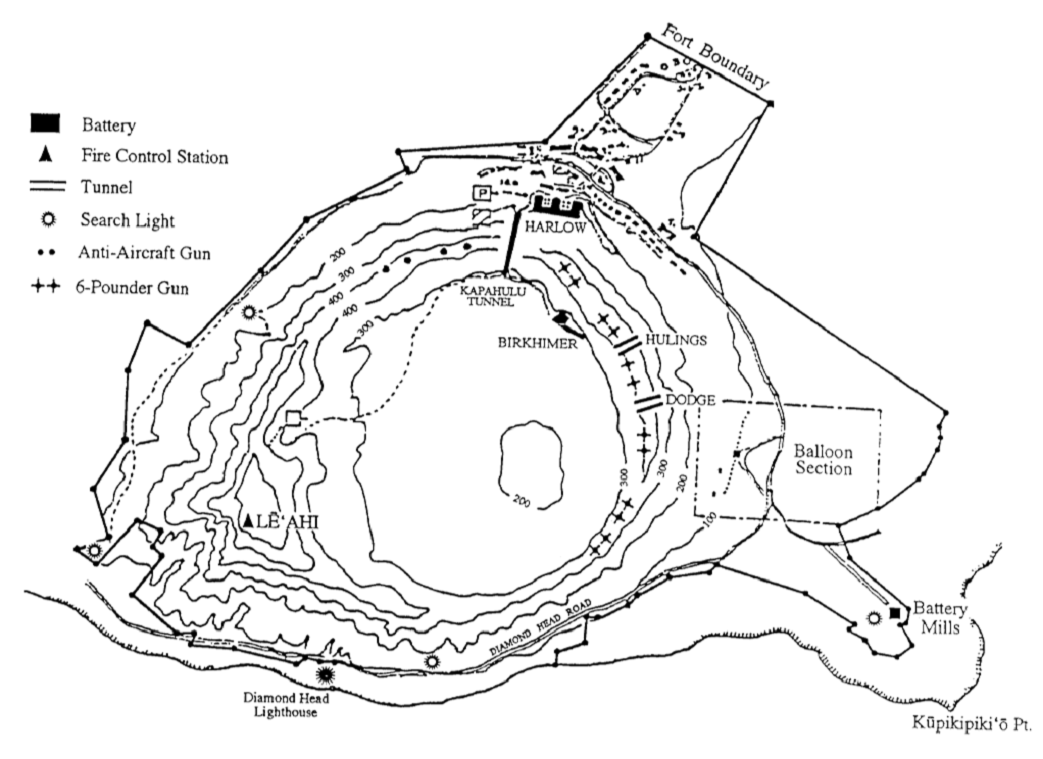 Original guard post located on Kahala side of crater 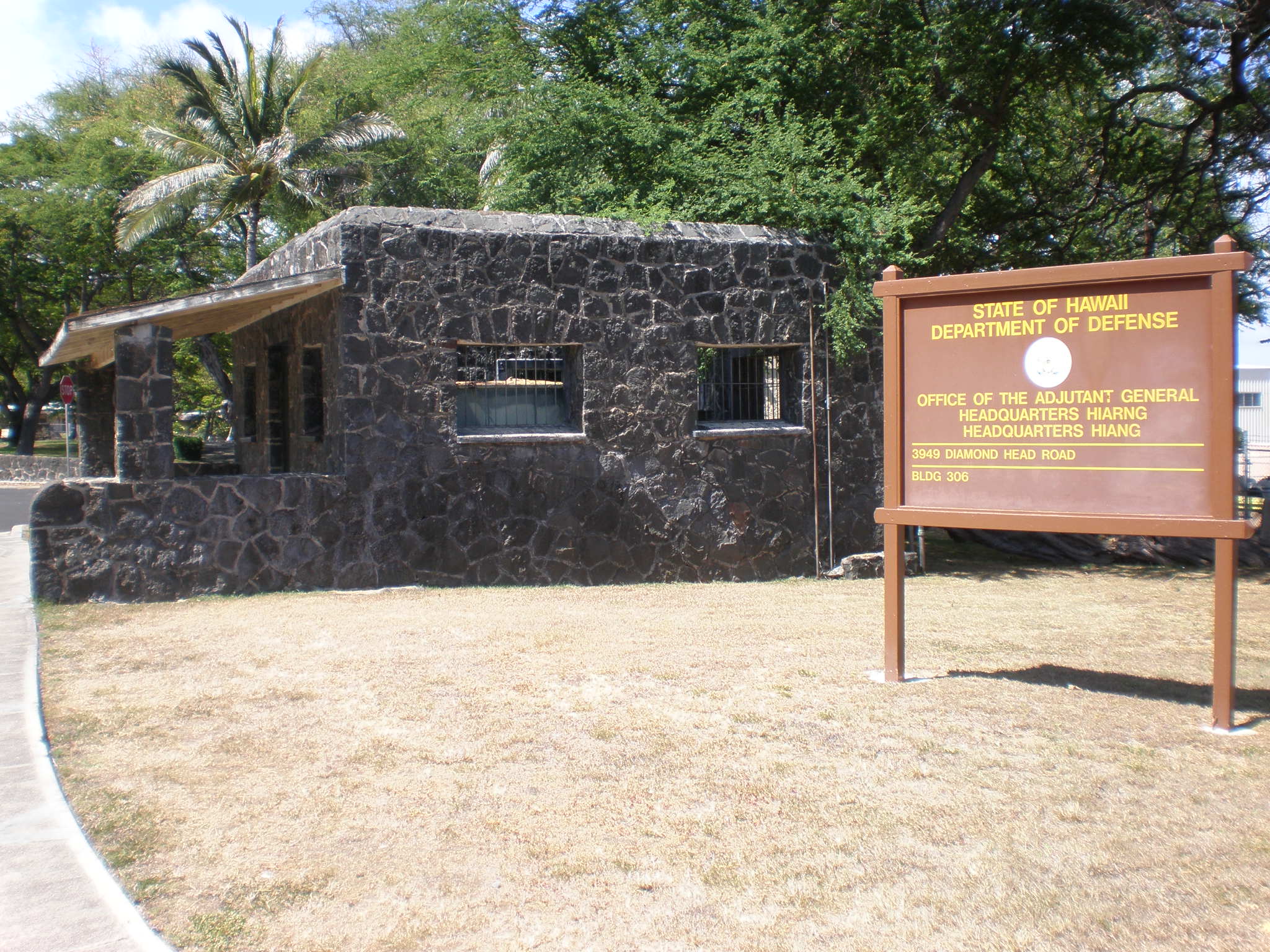 Cross-section view of the Fire Control Station built in 1910 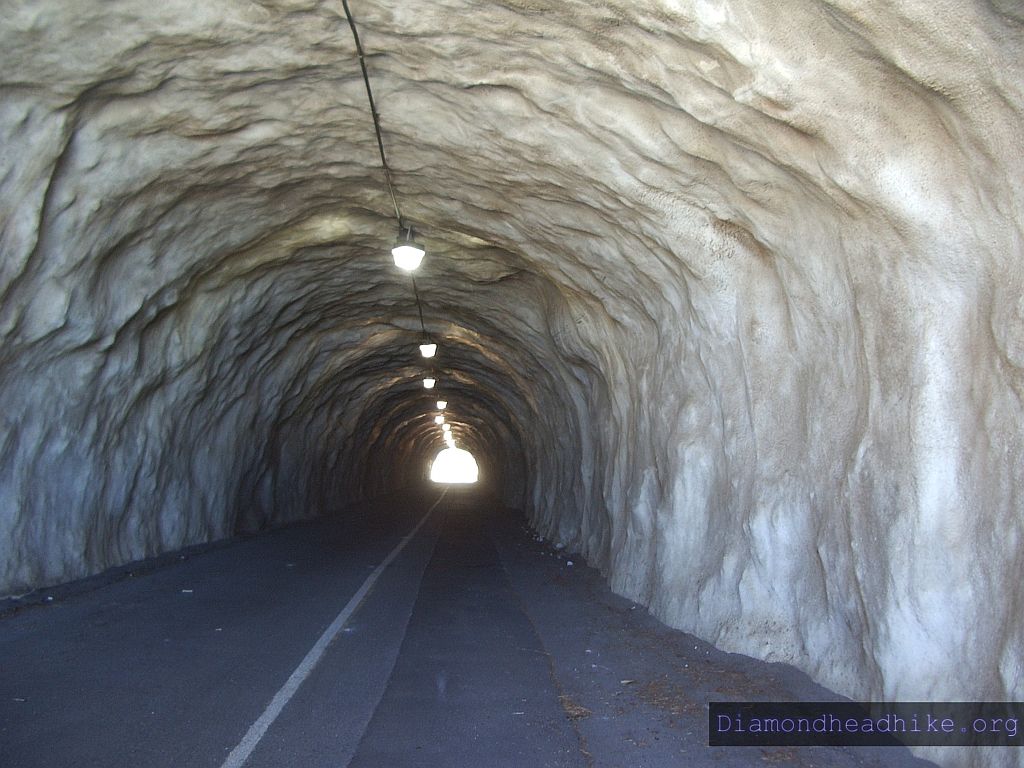 Rooms in tunnel wall. Harbor Defense Command used these rooms originally, they're now used by the Red Cross as storage 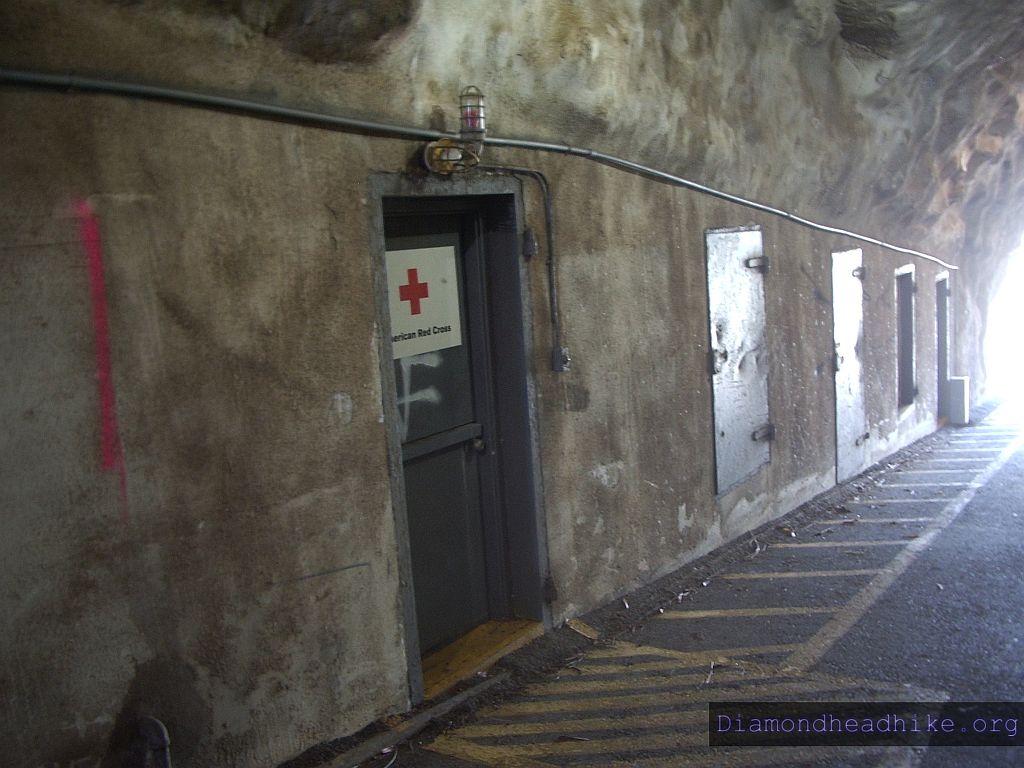 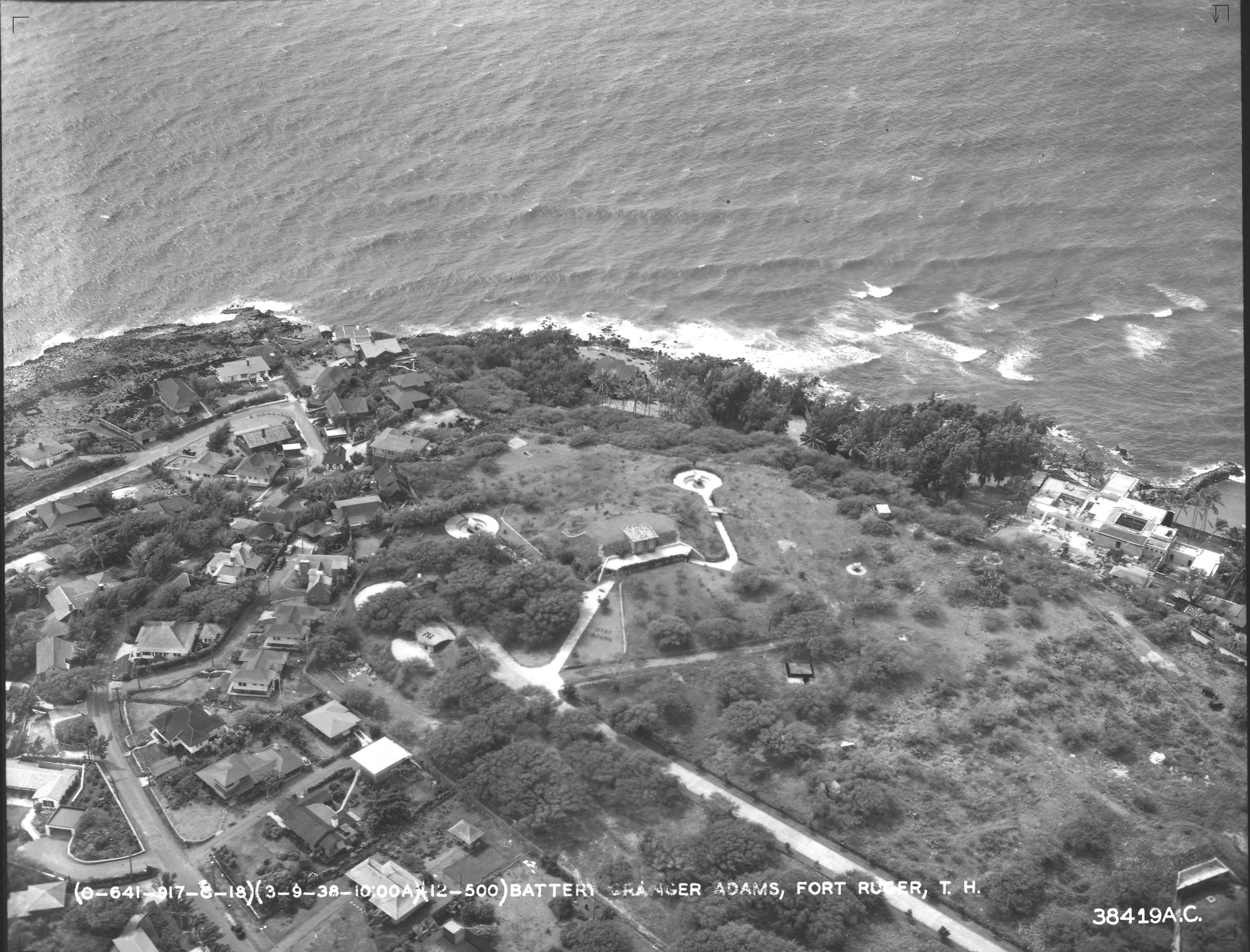 The United States Government Bought the Diamond Head Crater and the surrounding area in 1905 for $3,300. These 720 acres were developed into Fort Ruger as part of the U.S. Army Coastal Artillery defense system. Fort Ruger was the first coastal defense fortification built on the islands by the U.S Army. The fort contained artillery batteries, fire control stations, and two tunnels. Fort Ruger was considered the eastern end of defenses for Honolulu. The batteries of Fort Ruger were designed to protect against sea-based attacks on Honolulu Harbor and ground attacks from the eastern side of the island. The location of Diamond Head Crater made it a natural fire control station.

The construction of Fort Ruger began in 1907. There was a cantonment are built on the on the north side of the Diamond Head Crater and gun batteries built in and around the crater. Battery Harlow was the first battery built and was completed in 1910. For more smaller batteries were built between 1914 to 1915: Battery S.C. Mills, Battery Dodge, Battery Hulings, and an additional unnamed battery. In addition to the batteries, there were Fire Control Stations and Battery Command Posts built around 1911. There were also five 60 inch coastal searchlight positions to identify enemy at night.

Between World War I and World War II Fort Ruger saw many changes. Four of the batteries were deactivated: S.C Mills, Dodge, Hulings, and the unnamed battery. An Air Service depot was built in 1920 for a fire control balloon company. In 1927 the Harbor Defense Headquarters moved to Fort Ruger. Work began in 1932 to bombproof the Harbor Defense Command Post built into the Kapahulu Tunnel. The new complex contained eight rooms and the fire control switchboard room. The 1930s also saw the addition of Battery Granger Adams and Battery Ruger. They housed 155mm guns and were orient more for land defense than coastal protection.

During World War II construction began on Battery 407 on the south side of the crater. The battery was not completed or armed. Construction was discontinued in 1945 at the end of the war. Both mortar batteries were deactivated in 1943 due to ineffectiveness in a naval battle. By the end of World War II, only Battery Granger remained active. It was finally eventually deactivated in 1946.

Fort Ruger became the headquarters of the Hawaii National Guard in 1950 and most of the reservation was turned over to Hawaii. The cantonment area is now the location of Kapiolani Community College. The remaining portion of the reservation is part of the Diamond Head State Monument. The remaining remnants of the batteries and fire control sites remain in the possession of the state an federal governments. The 475 acres of the Diamond Head Monument (Fort Ruger) both inside and outside the crater is open to the public. It is well known for it's hiking trails, scenic views, and military history the park sees up to 3000 visitors each day.