Born in Piedmont, West Virginia, African-American, & too old for the draft, Aubrey Stewart voluntarily enlisted and became part of the famed 333rd Field Artillery Battalion of WWII in 1942. In 1944, during the German winter campaign known as the Battle of the Bulge, Aubrey and ten other soldiers would be in the fight of their lives and become heroes, while sacrificing all. 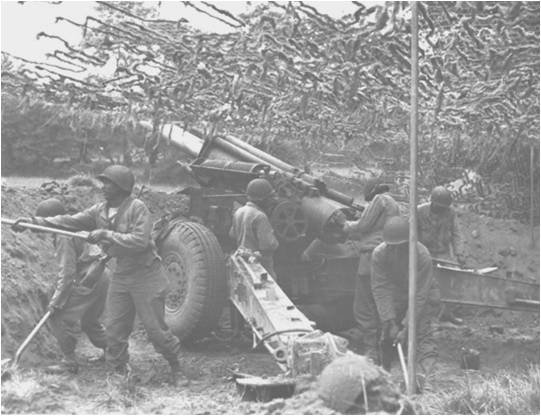 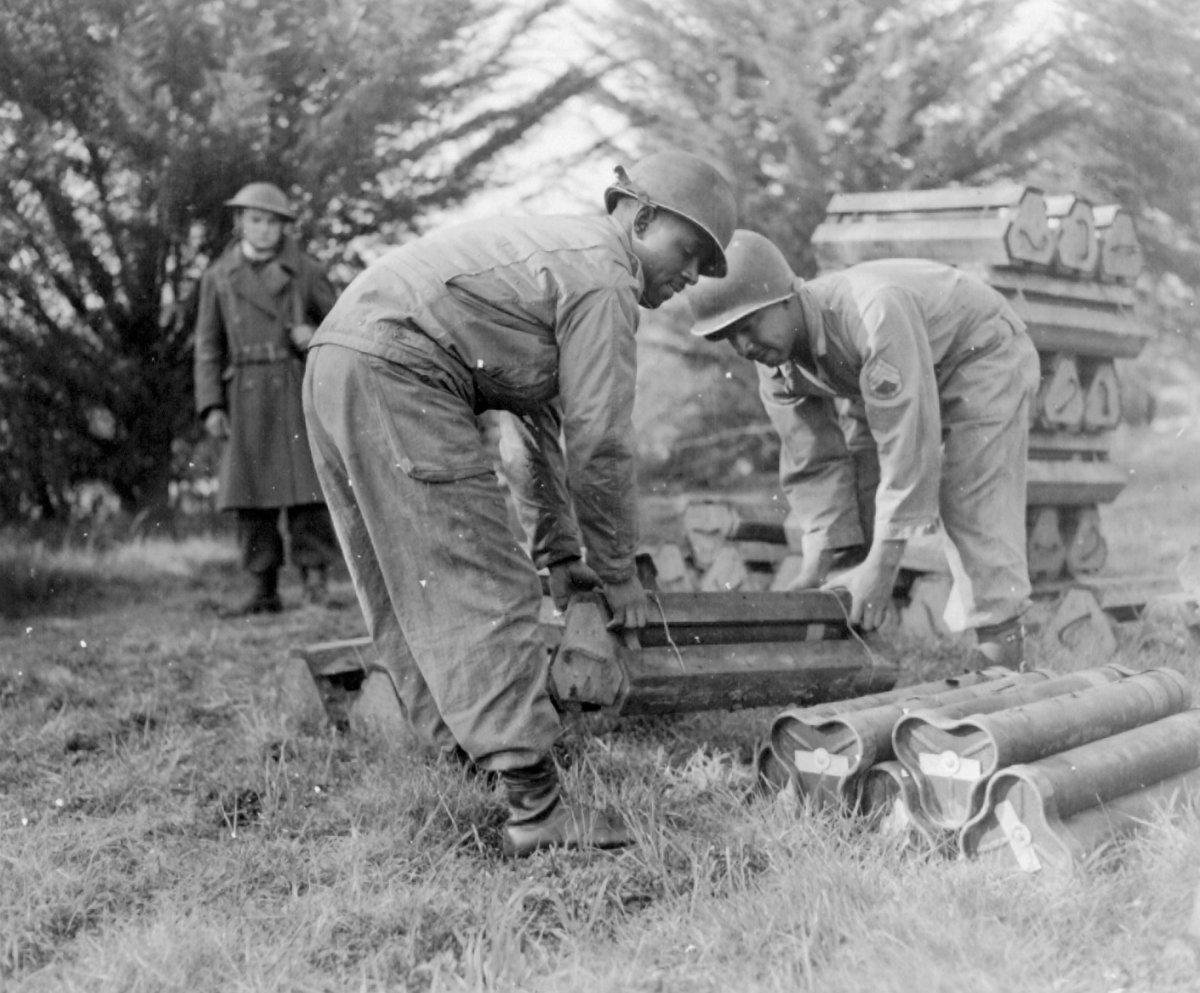 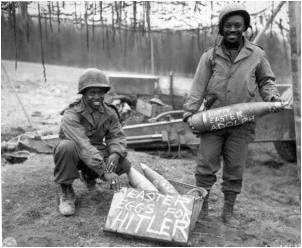 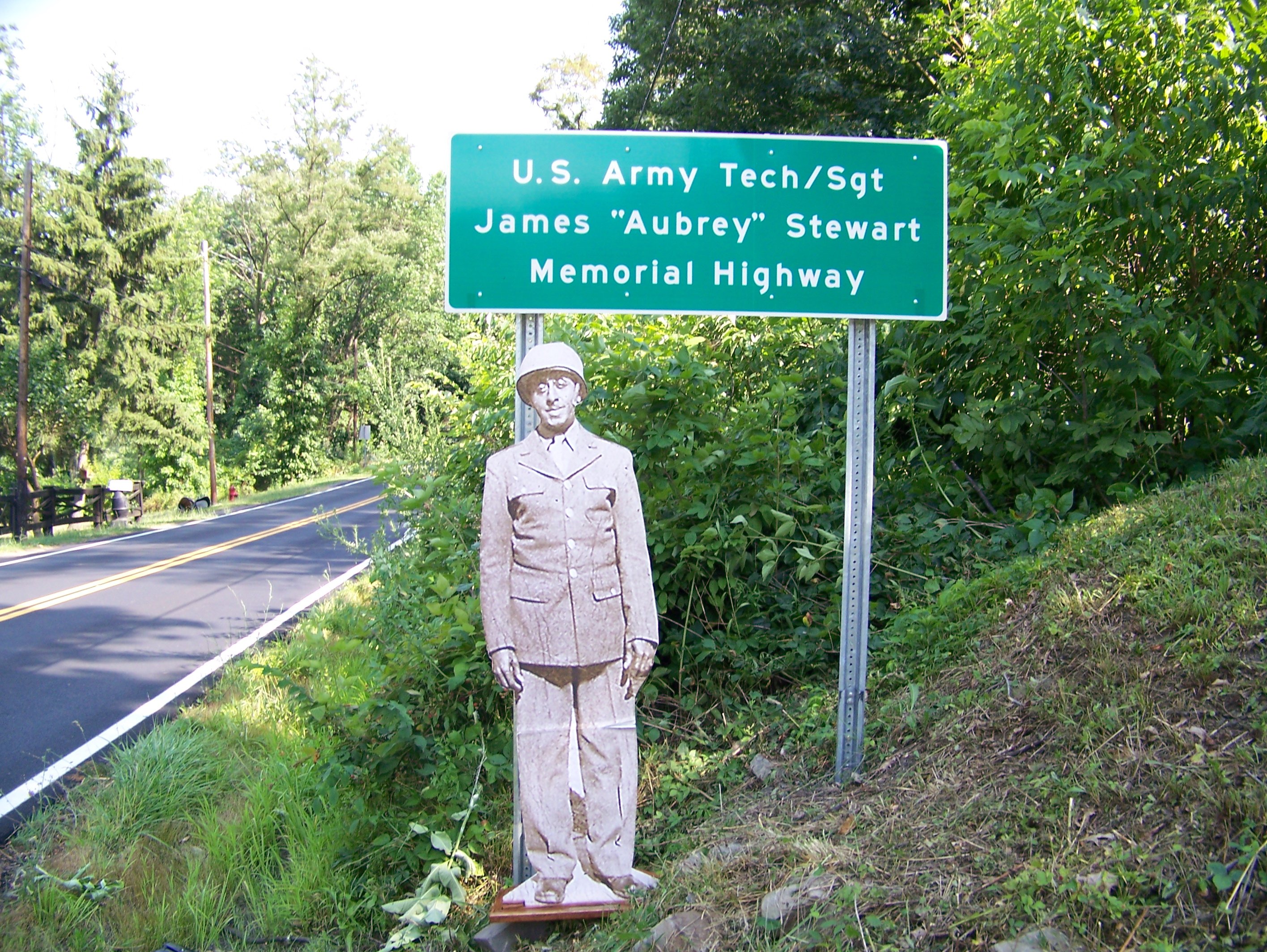 Current memorial in Wereth, Belgium dedicated to Aubrey Stewart and the Wereth 11 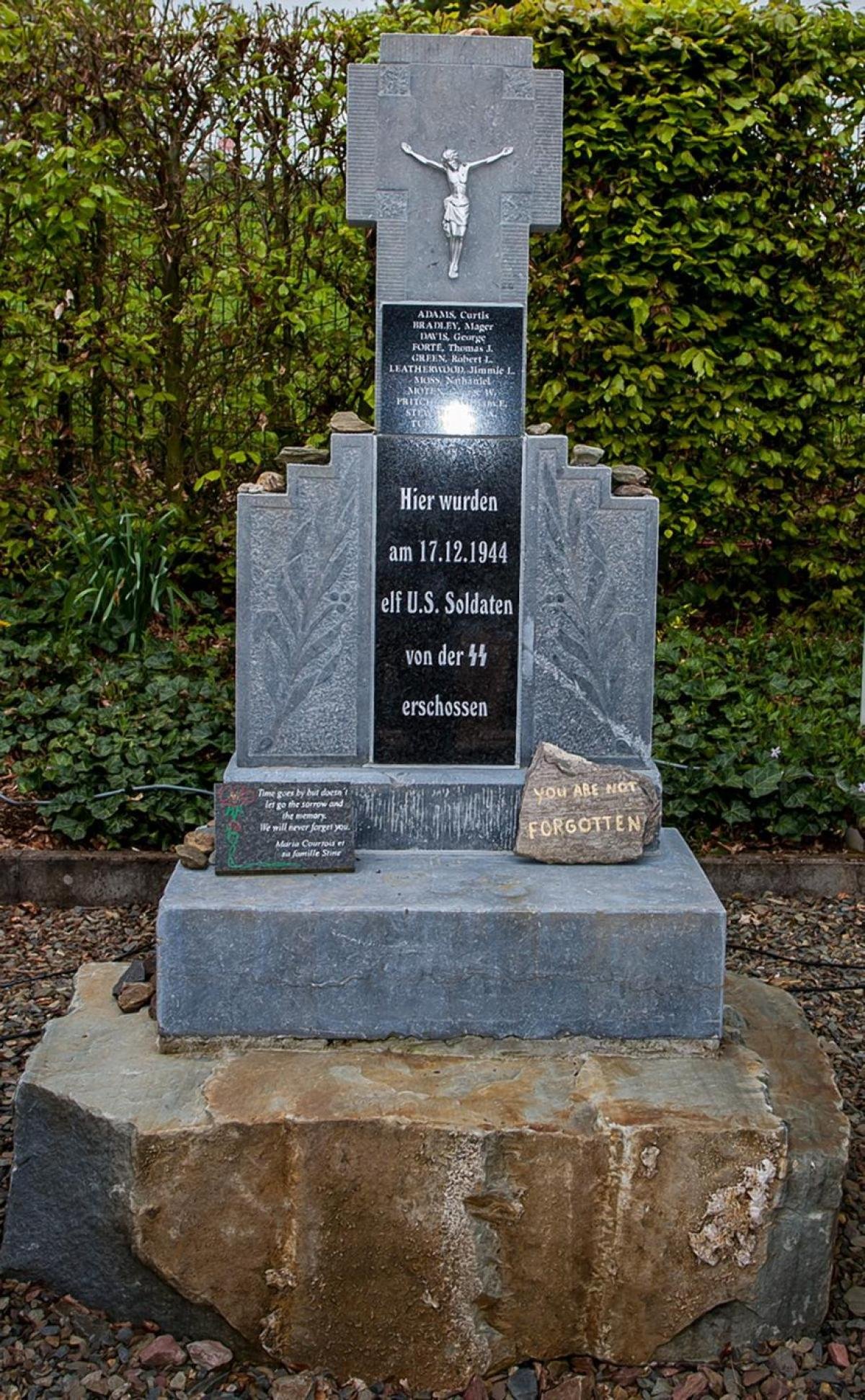 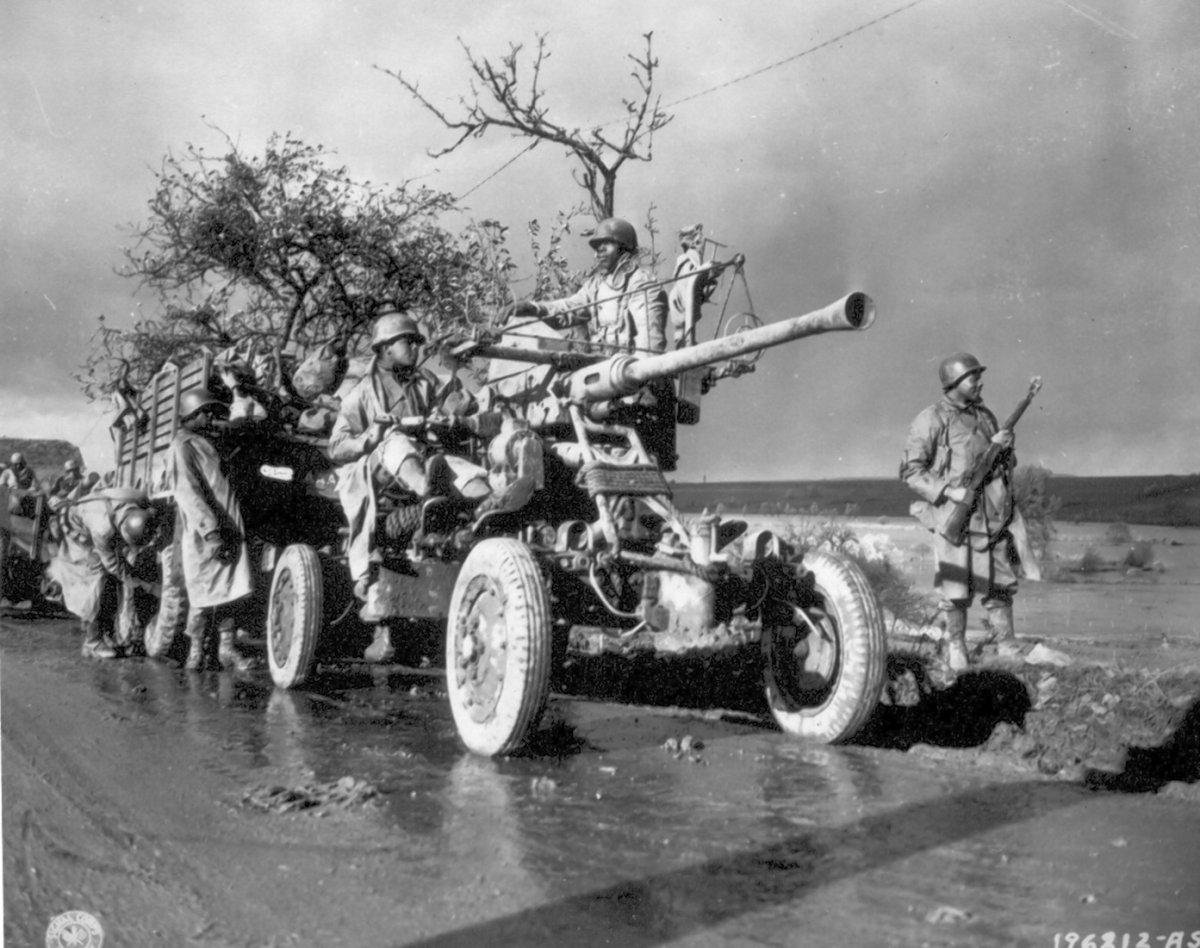 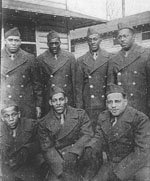 Army T/4 James Aubrey Stewart was born in Piedmont, Mineral County, WV, on September 6, 1906.  Aubrey was African-American and was working at the WV Pulp & Paper Mill, his father had been the first person of color to work at the mill.  When the United States entered WWII, Aubrey had a good job and had been working at the same site for over 18 years.  One must remember that the conscription (draft) age for men in the United States during WWII was 21-35 years of age, Aubrey enlisted, voluntarily at the age of 36.  He was assigned to the 333rd Field Artillery Battalion which was especially accurate with its 155mm Howitzer unit and had joined the fight in Europe in June 1944 at Utah Beach.

The 333rd Field Artillery Battalion was a segregated unit, but were courageous Americans and in the fight near Schonberg and St. Vith.   Supporting the Army VII Corps and the 106th Infantry Division the 333rd was ordered to displace further west with a “C” battery left in position to support the 14th Cavalry and the 106th Division.  On December 16, 1944, the German army began its last major offensive of the war, now known as the Battle of the Bulge.  A push of over 450,000 German soldiers totally blindsided the American forces, outnumbering them 10 - 1.  After holding the line for over 24 hours and under heavy fire, soldiers that were not killed were forced to surrender.  Eleven men escaped detection of the German onslaught and made their way through waist deep snow and frigid temperatures for hours to find the small Belgium farming Hamlet of Wereth.

Waving a white flag, exhausted and having only 2 rifles between the eleven men they gambled and knocked on the door of a local farmer, Mathias Langer.  Mr. Langer befriended the men, fed them and gave them shelter.  Mr. Langer was a sympathizer of the Allied troops and already was hiding two Belgian deserters and his own teenage son, for fear of Nazi conscription.  In a community split between sympathizers to the Allied forces and the Nazi regime, a neighbor of Mr. Langer informed a nearby German SS unit of the eleven American soldiers.  When the SS came knocking, rather than put the Langer family in danger, the eleven men surrendered willingly and without resistance.  After dark, they were marched away, never to be seen alive again.  Because the members of the small Hamlet were afraid that the Germans might return, the bodies of the dead American soldiers were not touched or buried, but lay out in the open in the frigid terrain where they had been slain.

In early February of the following year as the snow began to recede, the mutilated bodies of the eleven men were visible.  The villagers directed members of the 99th Division to the site and with the bodies being preserved by the frigid temperatures, they were unchanged from the night of their deaths.  The Army took photographs to document the brutality of the massacre.  All had been tortured, some with their eyes gouged out while alive, severed fingers, blows to the head with rifle butts, broken limbs, stabbings with bayonets, and fractured skulls.  The wounds show the American soldiers were tortured in sadistic fashion that was meant to inflict the utmost suffering and not a quick death.

These American soldiers, in a racially segregated United States Army in WWII, made the ultimate sacrifice for all Americans as well as the Langer family that gave them temporary shelter, at a time when they were not able to fully participate in the society that the left behind.

Senator Joe Manchin, (D – WV) has proposed Resolution 99 & 1st Congressional District House Representative David McKinley (R – WV) has proposed House Concurrent Resolution 43, both which would correct the Senate Arms Committee 1949 investigation of American soldiers, Belgium citizens, etc. who were murdered during the Battle of the Bulge, to correct the fact that the “Wereth 11” were omitted from this report and labeled “missing in action” and long forgotten.  To all the families of these 11 heroes, their sacrifice remained unknown until almost 1994.  These resolutions hope to educate all Americans about the Wereth 11.

There stands a monument originally erected by the Langer family for the American soldiers where they died on the 50th anniversary of their deaths in Wereth, Belgium, placed there 50 years after their death.  7 of the men are interred in the Henri-Chapelle Cemetery in Belgium, with 4 of the men were returned to their families for burial at the end of the war.

The Wereth 11, a Little-Known Massacre During the Battle of the Bulge. HistoryNet. December 23, 2013. Accessed September 19, 2017. http://www.historynet.com/the-wereth-11-a-little-known-massacre-during-the-battle-of-the-bulge.htm.