Lucy Virgin-Downs was the first child born to American parents of European descent west of the Allegheny Mountains. She is known for having hidden beneath a salt kettle as a child while her father's flatboat came under attack by Native Americans somewhere along the Ohio River. Lucy made Oldtown her home from 1807 to her death in 1847. The historical marker for her grave was added in 1963. More recently, the addition of the salt kettle has been kindly donated and placed on display in a gazebo constructed behind Lucy's Grave.

Gazebo housing the salt kettle under which a young Lucy Downs hid herself during an attack from Native Americans. The salt kettle itself looks like a rather large iron bowl, aged by rust and patina. Photo Courtesy: Linda Wellman 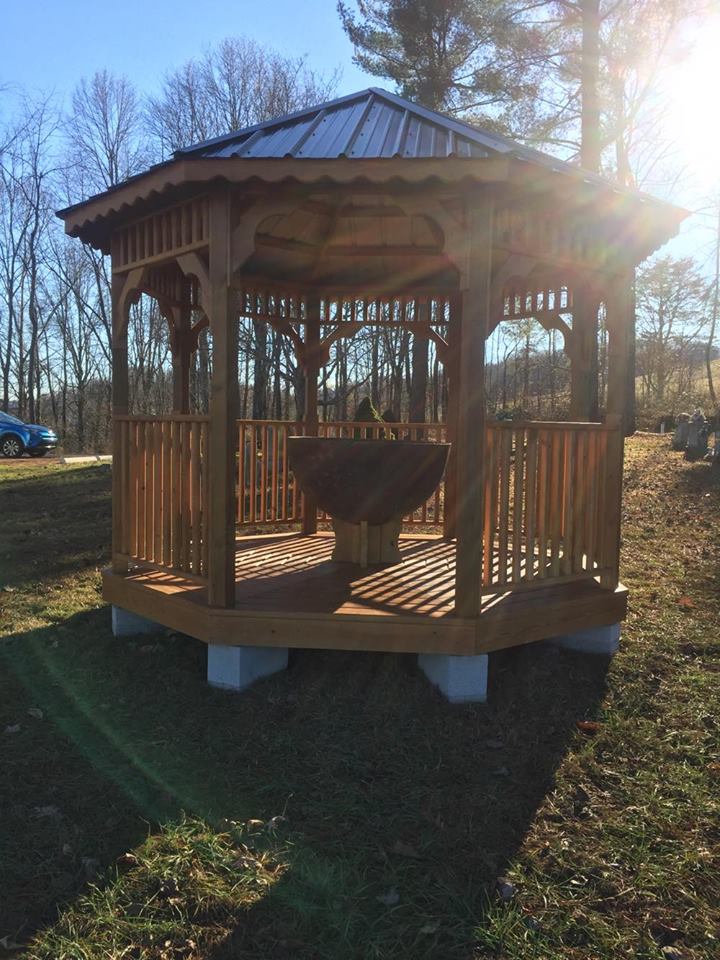 Historical marker indicating the location of Lucy Virgin Down's grave. This historical marker was paid for by a descendant of Lucy's, Mrs. Jennie Scott-Osenton, in 1963. Photo Courtesy: Linda Wellman 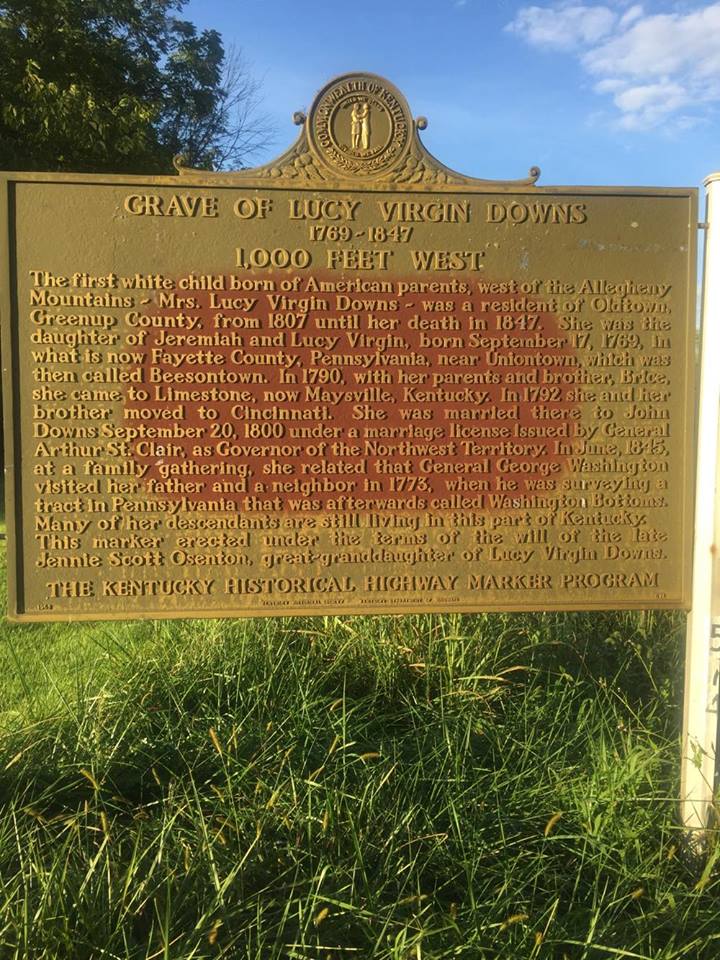 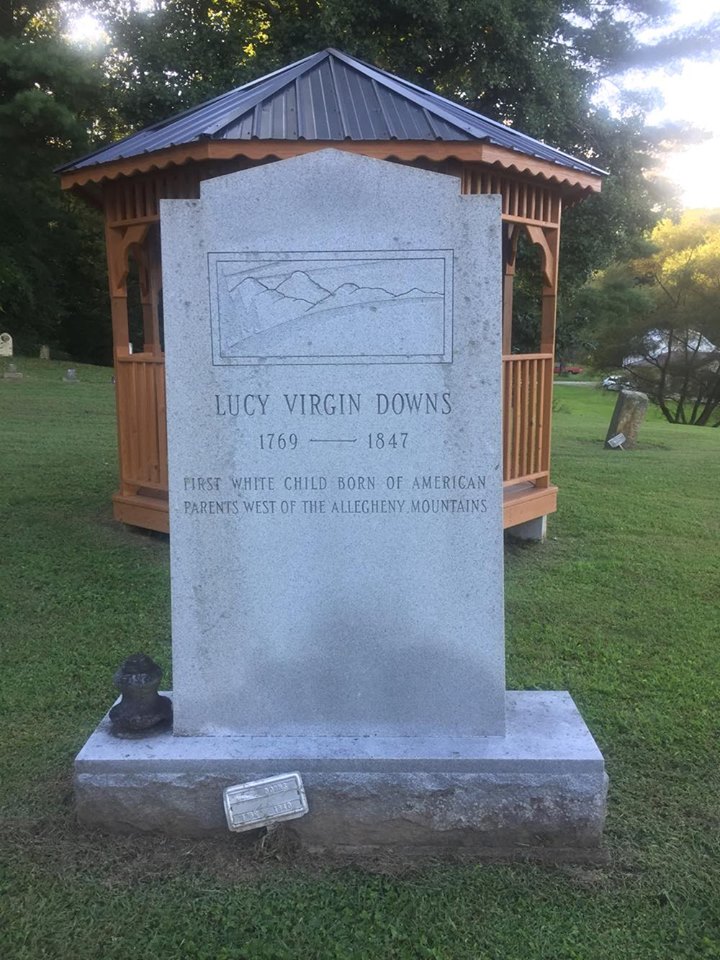 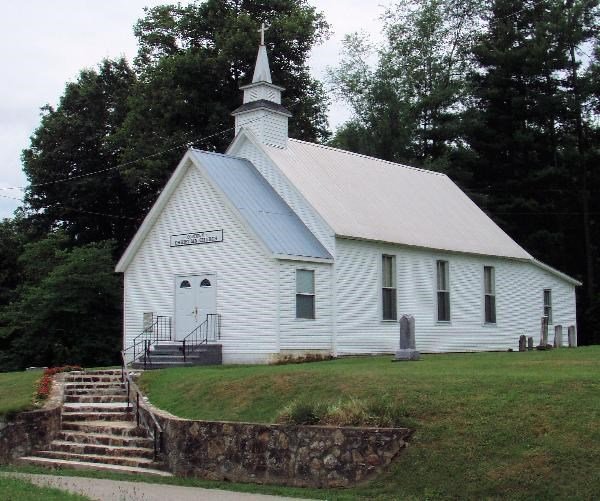 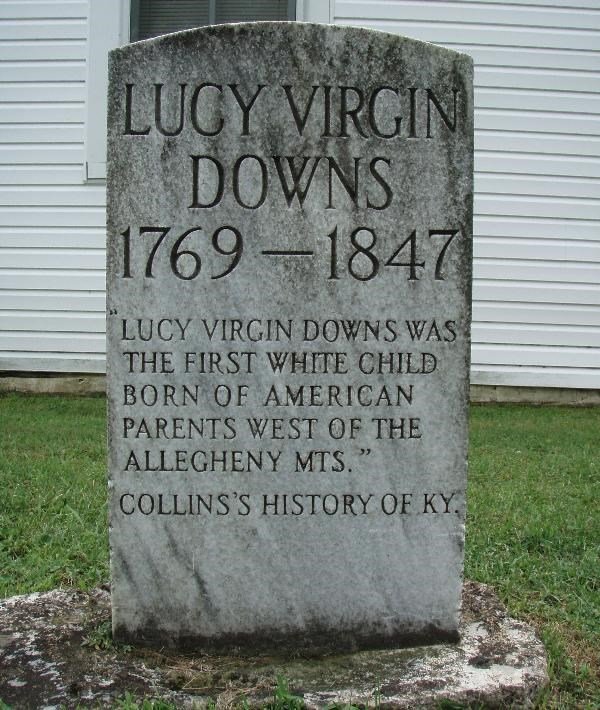 Grave of Rezin Virgin, a former participant in Revolutionary War and brother of Lucy. His is one of many other graves that can be found within the cemetery. 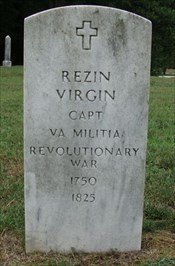 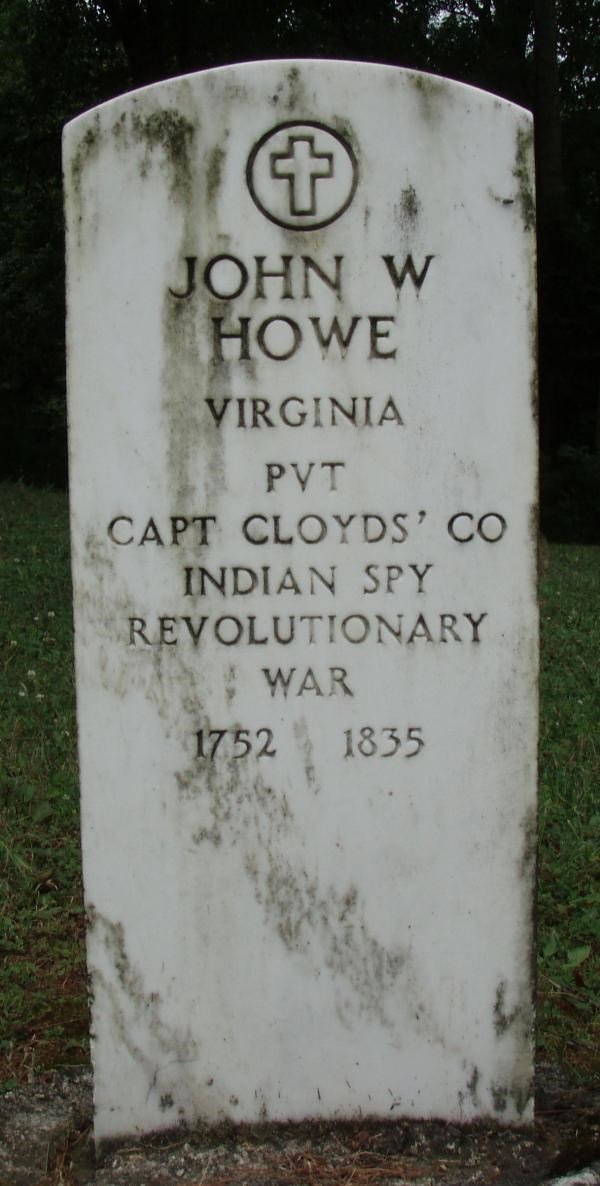 The story of Lucy Virgin-Downs is one of particular interest because of the happy ending accompanied with it. During the time that these events transpired, the use of attacks by Native Americans served as a warning to other settlers and as frightful bedtime stories for young children. We as a culture were (and are) fascinated by tales that paint a picture of tragedy or unspeakable horror, focusing on what could happen to those innocent women and children in the story rather than what often did. Lucy's is one of those untold truths that end on a lighter, happier note.

The Virgin family arrived on the shores of North America in 1623, settling on the coast of Maryland in the Pawtuxet River area. They were given 50 acres of land for each person in their family, remaining there until 1760 when descendent, Jeremiah Virgin, sold the land and began moving his family west. At the time their household consisted of Jeremiah, his wife Lucy Dickerson and their children, Rezin, Brice, John, Thomas, Eleanor, and Clara. Together, they followed the Braddock trail across Maryland, Virginia and up to the Fort Pitt area.

Lucy Virgin - later Lucy Virgin-Downs - was born after their travels on September 17, 1769, in Beestown. At the time Beestown was what we now call Fayette County, Pennsylvania. While the legitimacy of Lucy's claim had been contested at first, because this part of Pennsylvania is west of the upper reaches of the Allegheny Mountains, it has been confirmed that she was indeed the first child born of European descent in the region.

The Virgin family continued to live in the Fort Pitt area from 1769 until starting down the Ohio River on a flatboat in 1790. It was during this fateful trip that Lucy was forced to conceal herself in the salt kettle while her family was attacked by Native Americans. In an interview with a subscriber of the Cincinnati Gist's Advertiser on June 18, 1845, Lucy claims to remember being partially hidden beneath the salt kettle and hearing the arrows pinging off the metal. Initially, the kettle passed to her eldest brother Rezin around 1792 and wasn't reunited with Lucy until 1810.

Since then, the kettle has passed down from family member to family member, ultimately ending up in the hands of Jim Downs who would then entrust it to Kathleen Virgin-Kenney in remembrance of the Virgin-Downs family. A gazebo was erected behind the grave of Lucy Virgin-Downs, located in Oldtown Cemetery, where visitors can now go to see the salt kettle displayed.

As for the historical highway marker that rests 1,000 feet west of Lucy's grave, it was also kindly paid for by another descendant of the Virgin-Down's family. Jennie Scott-Osenton, the great-great-granddaughter, of Lucy Virgin-Downs provided $3000 in her will for the erection of the marker as well as improvements to be made to the Oldtown Christian Church and Cemetery in 1963. George M. Chinn, then secretary-treasurer of the Kentucky Historical Society, verified the veracity of the claims of Lucy's status as the first child born west of the Alleghenies before allowing the marker to be made.