The entrance to Watoga State Park is situated just south of Marlinton, West Virginia. Spanning across over 10,000 acres, Watoga is the largest state park in West Virginia. Prior to becoming a state park, Watoga was obtained as an official state forest in 1925. The forest was transferred to a state park in 1934, and after overcoming various obstacles, such as World War II, numerous upgrades were made to the park, many of which are still around today. Complete with an 11-acre fishing lake, two campgrounds, 34 cabins, hiking trails, and a swimming pool, Watoga State Park is a popular spot for those who love the outdoors.

Pictured is the entrance sign to Watoga State Park, which notifies visitors that the park office is 5 miles from that point. 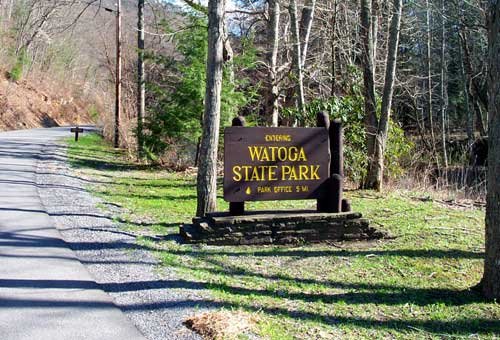 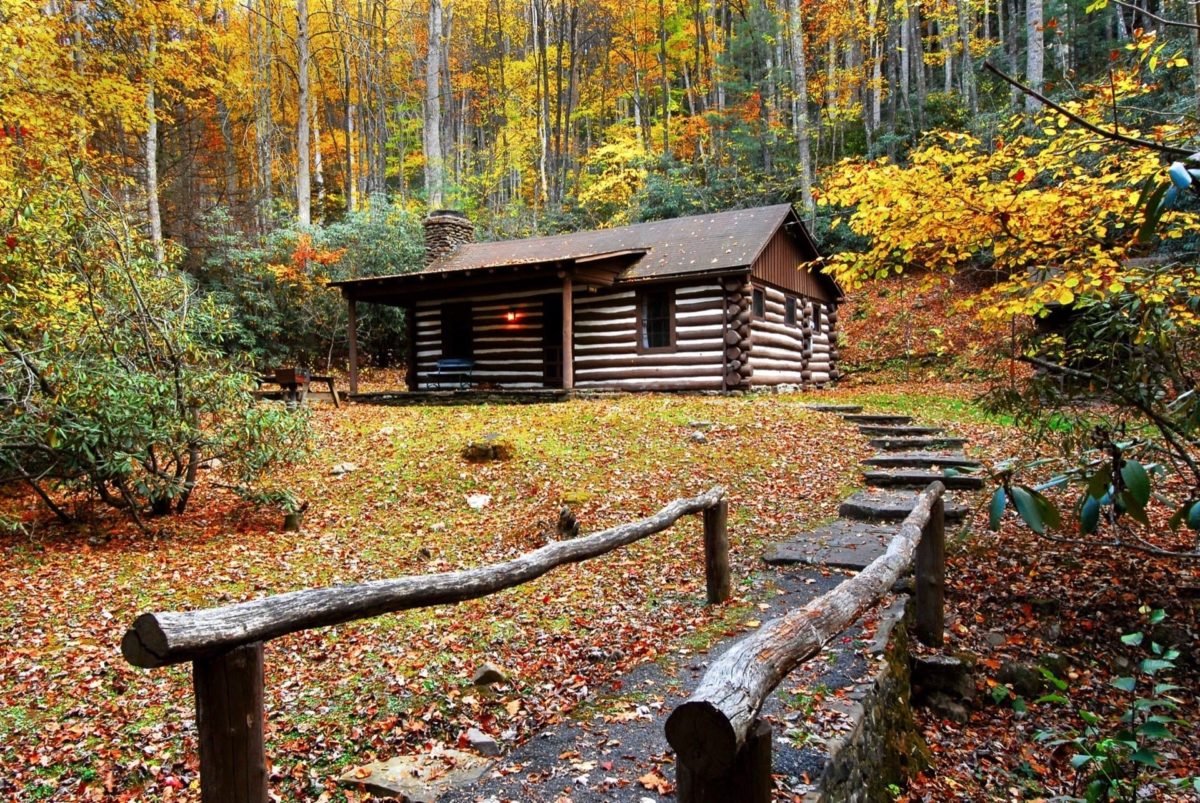 An overview of the park shows the size of the park and the whereabouts of everything it has to offer. 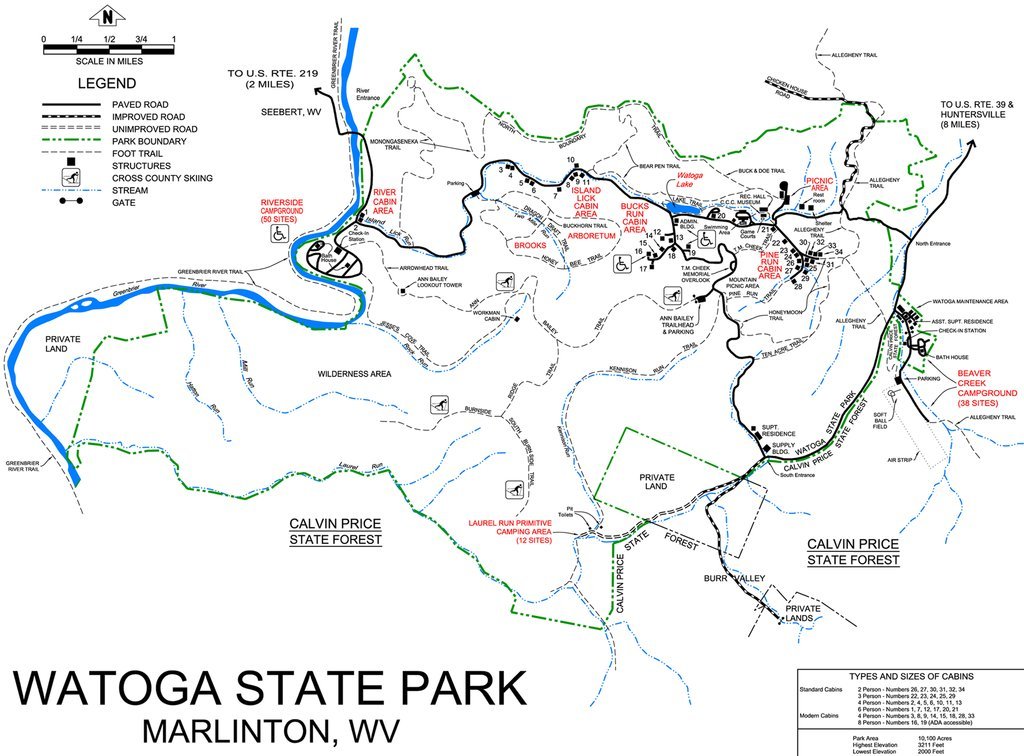 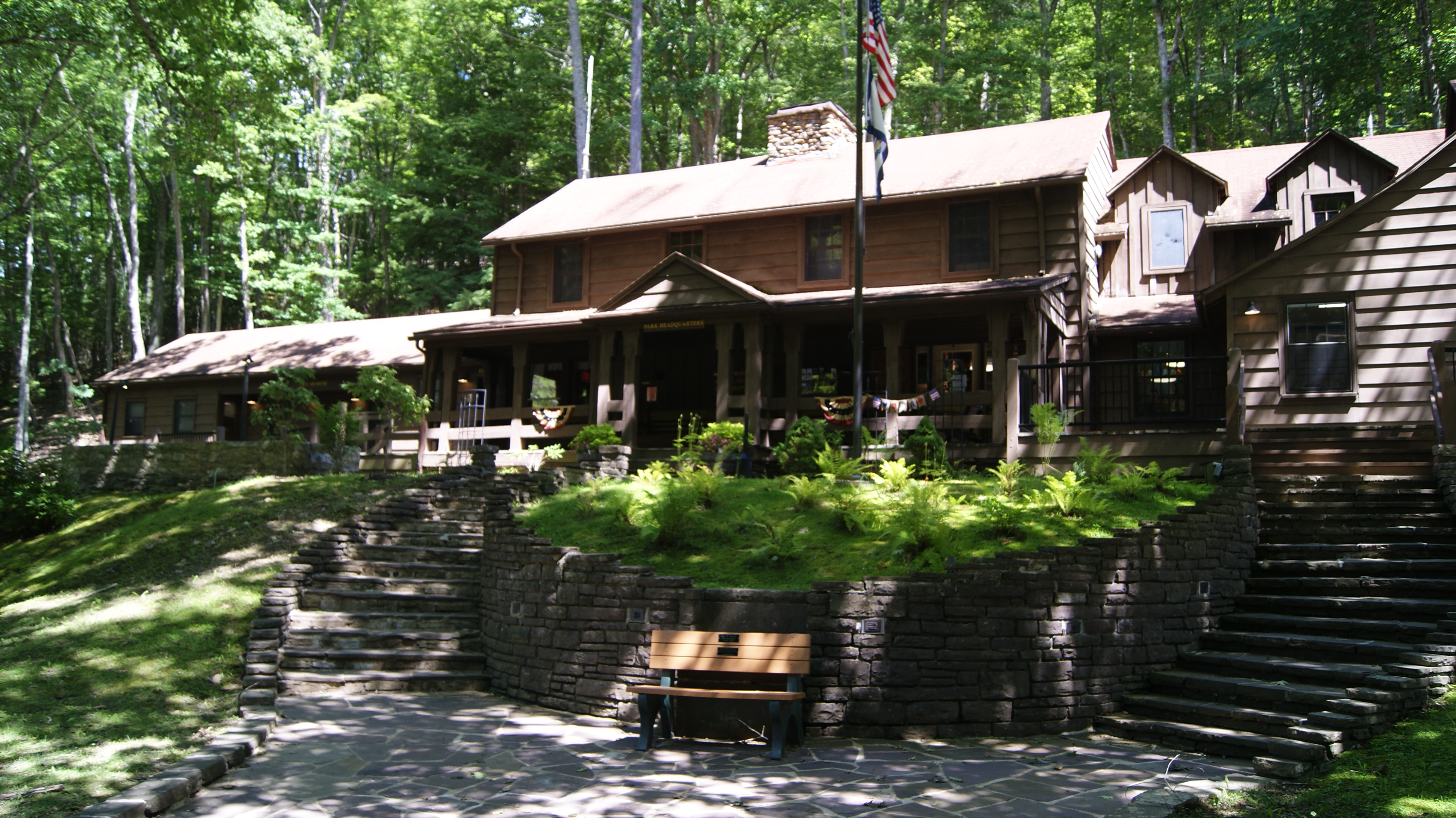 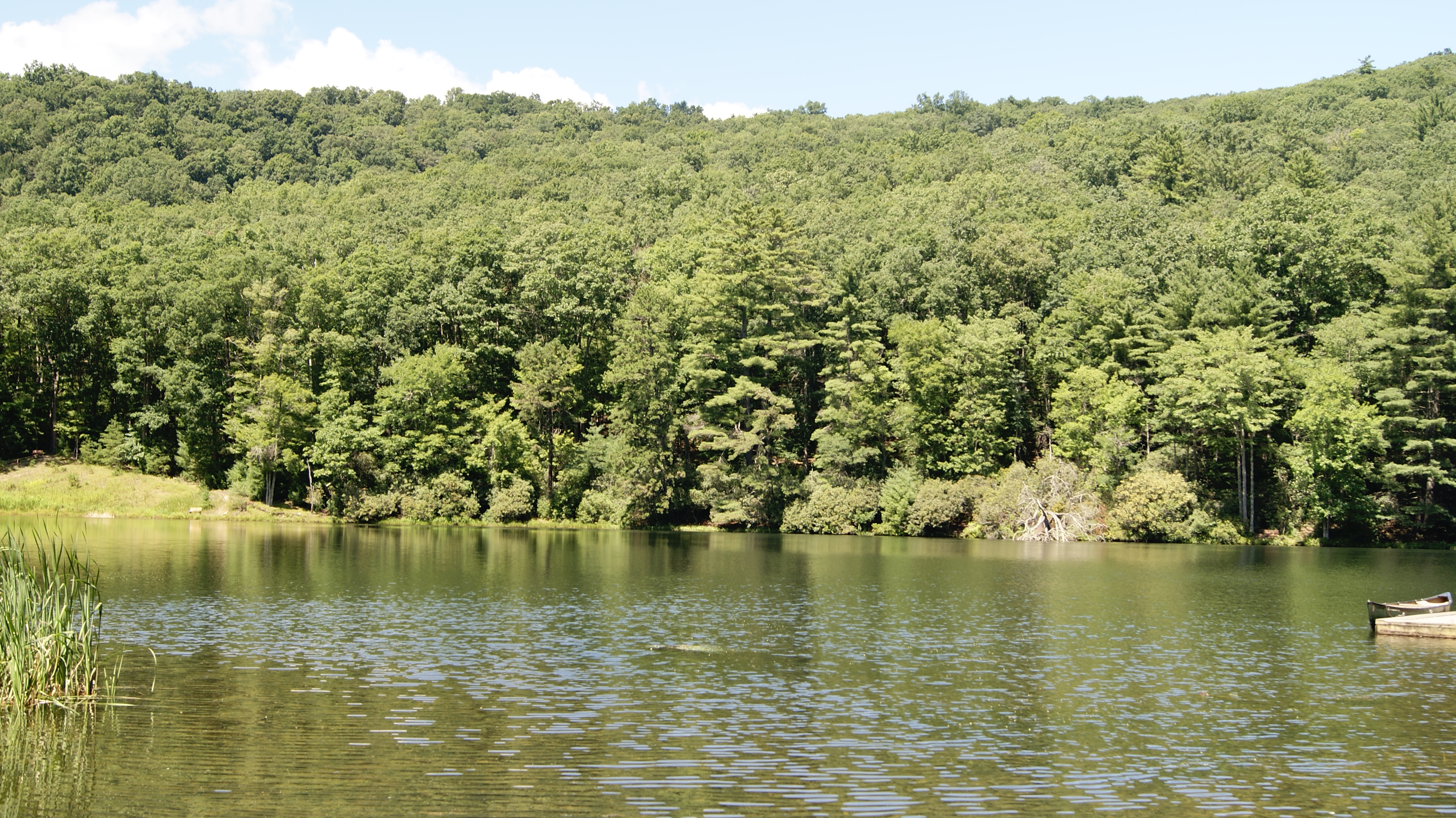 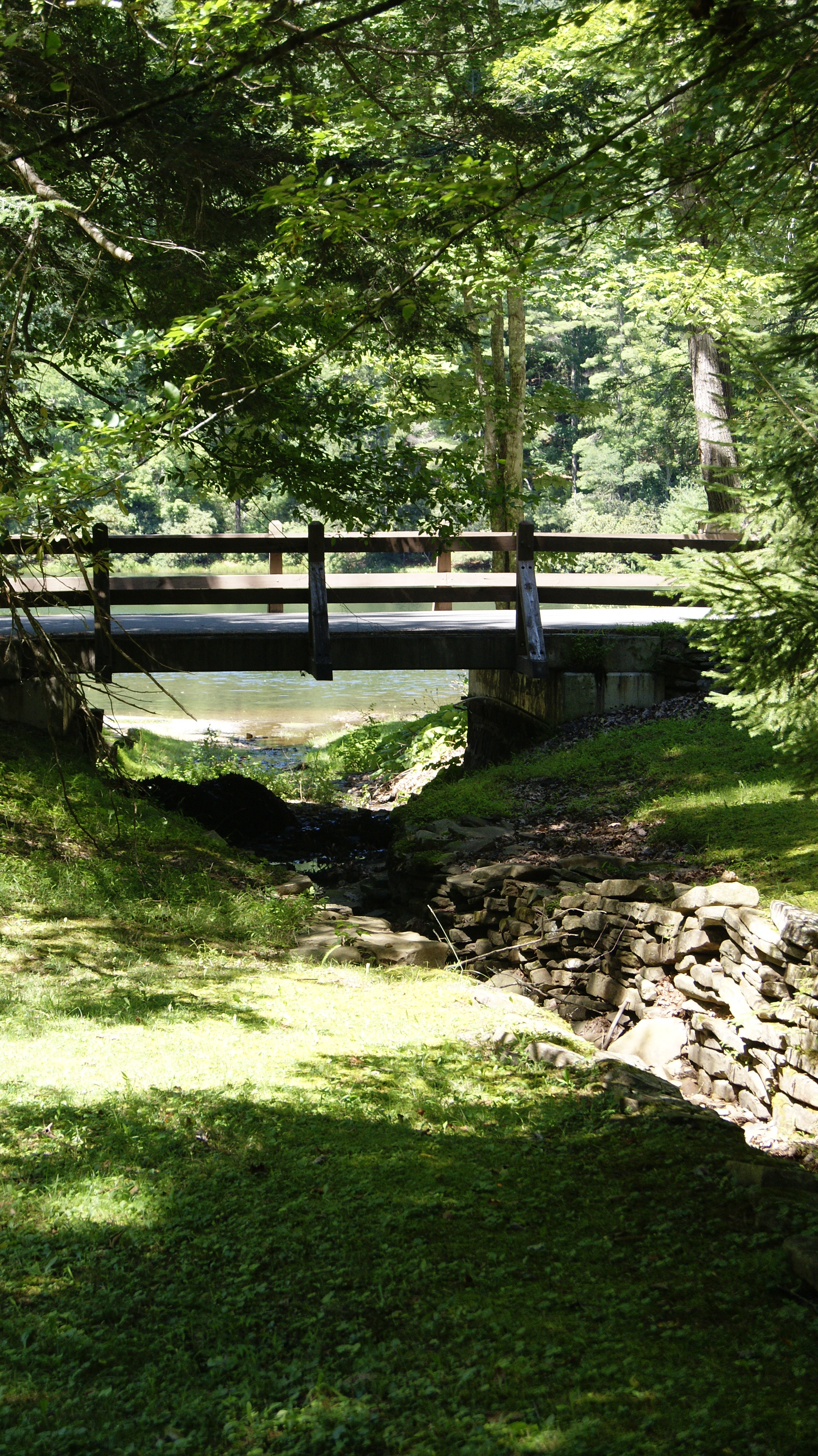 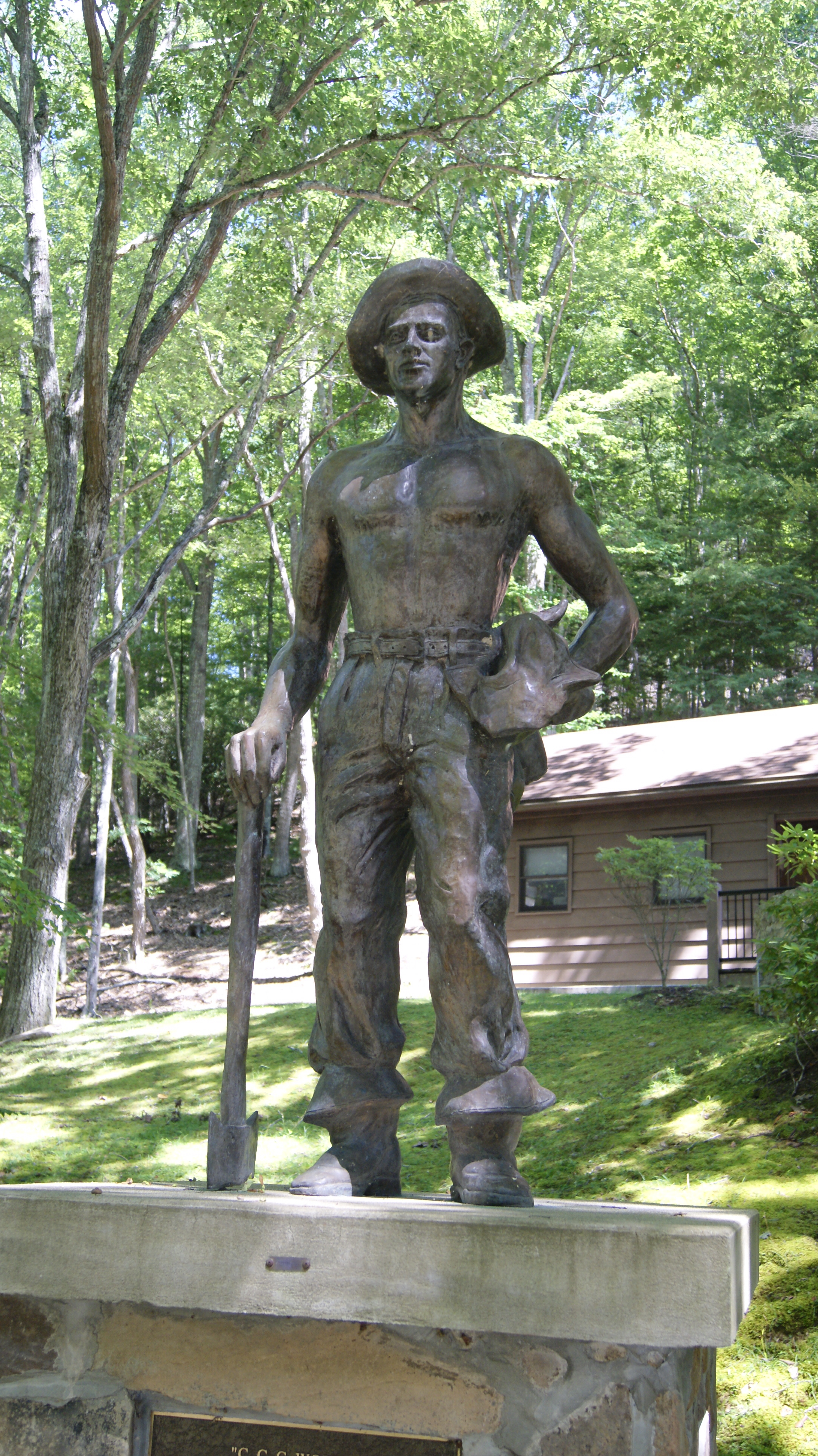 Watoga State Park, located in Pocahontas County, West Virginia, is the largest state park in West Virginia. At just over 10,000 acres, Watoga is roughly fifteen miles south of Marlinton, West Virginia. The state park is home to many attractions, such as 34 cabins, a swimming pool, an 11-acre lake, used for both swimming, boating, and fishing, many hiking trails, and an access-point to the famous Greenbrier River Trail. The state park is also home to two campgrounds - Beaver Creek Campground and Riverside Campground - which are open year-round, as well as open for reservations between Memorial Day and Labor Day.

In 1925, the state of West Virginia acquired the land that would become Watoga State Park. At this time, however, the state planned to designate the land to be a state forest. The purpose of the state forest was to create a safe-space for the wildlife and timber that inhabited that area. The state forest ran this way until 1934, when right in the midst of the Great Depression, Watoga began its transformation from state forest to state park. Watoga was first opened as a state park in July of 1937.

Even after opening, the state still continued to improve upon the park. At the same time, the United States was fighting in World War II, and the efforts to upgrade the park came to a halt as all help was needed in the war effort. The park remained open, but no improvements were made until the end of the war in 1945. After the ending of World War II, the improvements of the park were picked up once again. During the war, the United States was extremely dependent upon metal for things such as weaponry and armor. Unfortunately, since the war had just ended, there was a shortage of metal, so the Civilian Conversation Corps (CCC), who had worked on the cabins prior to the war, collected scrap metal for door hinges and latches.1 By 1953, the first campground had opened up. Three years later, in 1956, the cabins opened to the public.

As time passed, Watoga witnessed a rise in visitors. In the 1960s and 1970s, Watoga State Park experienced a rush of additional recreational usage, and in that time period, a second campground was established. Even today, Watoga remains one of West Virginia's most popular retreats for those who love the outdoors.