The Aztec Theater was built in 1848 by Gustavo Acosta and was the first Spanish language theater in the San Joaquin valley. For much of the mid-twentieth century, the theater was a popular entertainment venue in Fresno, with many well-known Hispanic stars appearing in person or on the screen. The theater even served as a rallying point for Cesar Chavez and the National Farm Workers Association during the grapepickers’ strike in 1966. 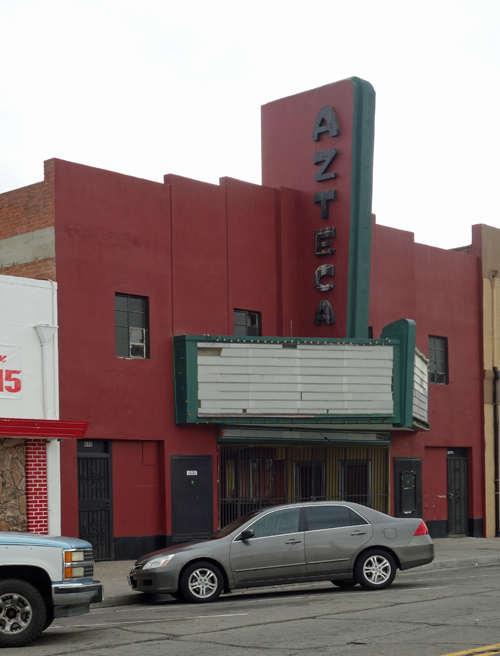 The National Farm Workers Association rally at the Azteca 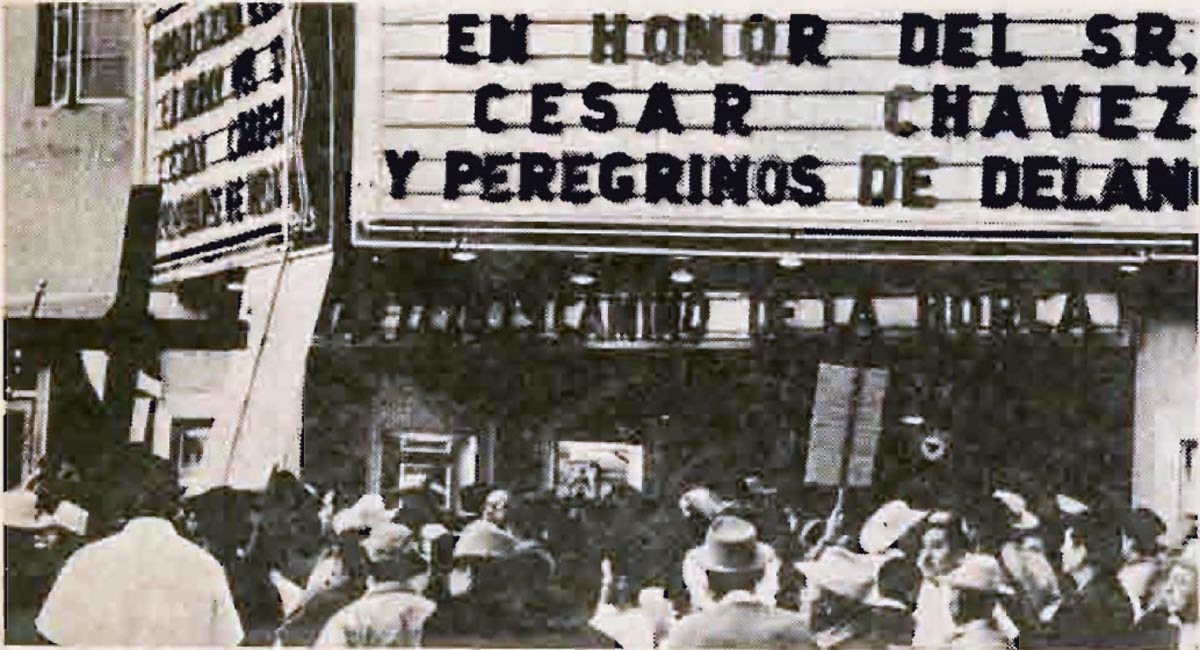 Gustavo Acosta opened the Azteca Theater in 1948 and it quickly became an integral part  of Hispanic culture in central California. It was the first Spanish language theater in the San Joaquin Valley, and screened some of the most well-known Mexican films of the mid-twentieth century.

In 1956, Acosta leased the theater to Arturo Tirado, under whose guidance the venue continued to grow in popularity. In addition to screening popular Mexican films, many of the leading Mexican actors of the period appeared at the theater. The theater was the only venue which catered to the area’s Mexican-American community until the 1980s.

In 1966, the theater served as a rallying point for Cesar Chavez and the National Farm Workers Association as they marched from Delano to Sacramento. Because of its ties to agriculture, Fresno was one of the most important stops on the march, and roughly 1,000 people attended the rally at the Azteca. Chavez made several stops at the Azteca, including a visit to meet with Bobby Kennedy as he campaigned for the presidency.

Following Tirado’s retirement in the 1980s,  the theater declined in popularity and eventually closed for a number of years. In recent years, the theater has reopened and hosts occasional events. In 2015, the Azteca was added to Fresno’s Local Register of Historic Resources.