On June 27, 1954, local white supremacists bombed the home of Andrew Wade and his family which is located at what is now 4010 Clyde Drive--just a few houses down from this historic marker. Wade, an electrician, and veteran moved his family to the Shively suburb of Louisville which at that time was home to only white residents. Although explicit residential segregation by law was rejected by the Supreme Court, residents of suburbs like Shively were hostile to prospective Black residents, and many sought a home in these neighborhoods could expect violence. Despite this history and hostility, Wade and his family decided to challenge residential segregation by purchasing this home with the assistance of civil rights activists Anne and Carl Braden. In response, the Wades became victims of violence fueled by racial bigotry that culminated with the bombing of this suburban home.

This historical marker was placed near the home to commemorate the struggle against residential segregation in Louisville. 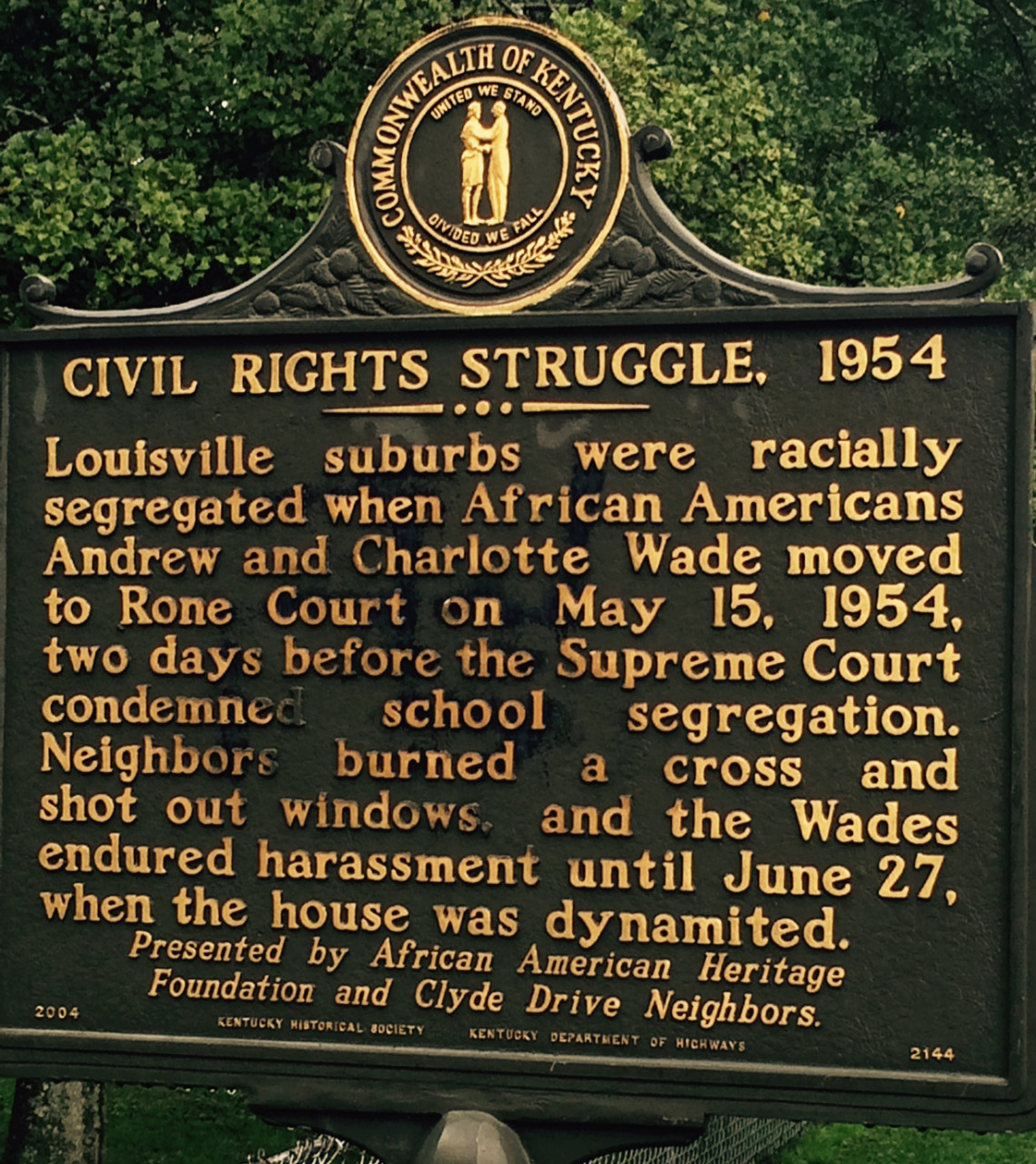 The Wade family on their porch shortly after the bombing 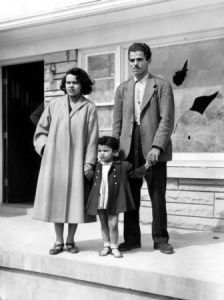 In 1917, the Louisville NAACP secured an important legal victory when the Supreme Court outlawed explicit residential segregation in Buchanan v. Warley, but segregation continued throughout the city and nation. The Wade family made a decision to challenge this, and although several realtors refused to help them find a home outside of the neighborhoods where African Americans lived, the family persisted. Recognizing that Louisville still practiced segregation in its communities, one realtor suggested to Wade that he should find a white person who would purchase a home on his behalf and then transfer the title to him. Taking the realtor’s advice, Wade turned to Carl and Anne Braden who were already seasoned civil rights activists. The Bradens bought Wade a home and quickly put the title in his name. Despite the help of the Bradens, the Wades became victims of racist white neighbors once they moved into Shively.

The Wades' home became the target of gunfire and a cross was set aflame on the property. Coincidently, the Wades moved into their home only a couple of days before the ruling was made on the Brown v. Board of Education case in 1954. While these actions against the Wades may have seemed bad enough, their attackers took another extreme. Early on June 27, 1954, while the home was empty, a bomb went off under Rosemary's room. While it was known who the guilty parties were, they were not arrested or given punishment but instead, the Bradens and other civil rights sympathizers were blamed for the bombing.

The Bradens and others were accused of communism and of forming a plan to incite disorder and take over the state government. The communist accusation was made possible due to the spread of McCarthyism. This philosophy involved the creation of false accusations, often of communist nature, toward those who violated the political status quo. Several months later, the Bradens and others were cleared of this accusation but their reputation never regained its former respect. Andrew Wade and his family had to move to an African American community in Louisville to find peace. Despite these events, this injustice helped push for desegregation of communities during the Civil Rights Movement of the 1960s and helped create the 1968 Fair Housing Act. Today, the house is privately owned by a family in an increasingly diverse community.