On December 25, 1945, only four out of nine children escaped during a house-fire at this site in Fayetteville, West Virginia. A series of events lead the parents, and even outsiders, to believe that the five missing children escaped the fire, only to be kidnapped. The Sodders would never live to find out what happened to their five children. Now, years later, as a new house sits where the Sodder house burnt, the question still remains unanswered, and the tragic story continues to haunt the small town.

Before erecting the billboard, the site of the fire served as a memorial to the five missing children. 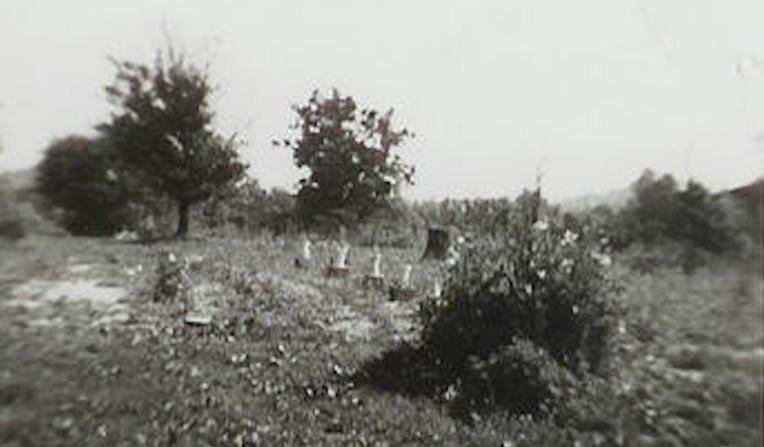 A head-on shot shows the site of the Sodder house, along with a new house built on the land. 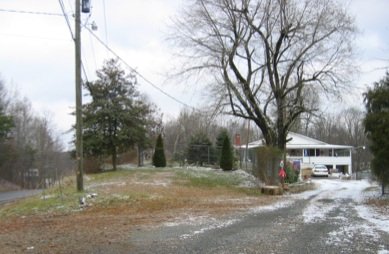 The sign, which sat along WV-16, told the story of the five children gone missing. 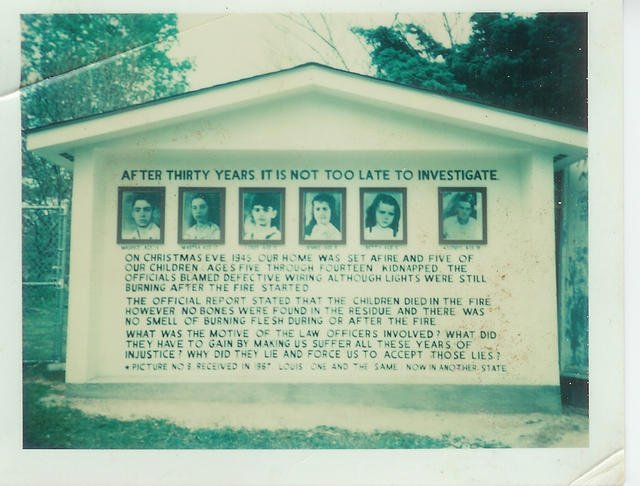 On December 25, 1945, around 1:00am, George and Jennie Sodder woke up to find their Fayetteville, WV home in flames. Of their ten children, nine were home that night; a son was away in the army. When George and Jennie made it out, they found only four of their children waiting. The other five were on the second story, trapped.

When George Sodder rushed to the second story window, he found his ladder was gone from the spot it always occupied. Thinking he could use his coal truck to reach the window, he turned the ignition - the vehicle wouldn't start, and neither would the other truck. Calls made to the Fayetteville Fire Department went unanswered, and when bystanders finally managed to contact the Chief, the F.F.D. didn't show up until 8:00am - nearly seven hours later. The fire department was located only 2.5 miles away from the Sodder house. Once the fire department did arrive, the home had burned to mere ashes. In those ashes, no signs of the children were ever found. Firemen concluded that no fire could burn so hot that it would erase all signs of life, including skin, bones, and teeth. From that moment on, Jennie and George Sodder solely believed that their five missing children had been kidnapped from the house before they ever had the chance to burn.

As time passed, the question was never answered. George Sodder received several tips on the whereabouts of his five children, but they were all dead-ends. Rumors of the involvement of the Italian Mafia surfaced - George Sodder himself was Italian and, prior to the fire, had been involved in the Mafia. In 1952, George used the site of the house, which had previously served as a memorial to the children, to erect a billboard pleading for additional information, and even offering a monetary award. Located on WV-16, the billboard brought in various answers, but none which were of any use. That same billboard would remain standing until 1989, when Jennie Sodder passed away. George Sodder died 21 years before her in 1968.

Today, stories about the Sodders can be found virtually anywhere in Fayetteville. From gift-shops to bike stores, the whole community marvels in the spotlight that shines on their little town, along with the story of a family that never gave up hope. A small, white house now occupies the land on which the Sodder house used to sit. As of 2012, the only remaining Sodder child was Sylvia Sodder, who still never learned of what really happened to her five siblings. She still holds true to the fact that they did not die in the fire on that December night in 1945.