Built around 1820, the Jarratt House is the oldest surviving house on Pocahontas Island, which was home to one of the largest settlements of free Blacks in the nineteenth century. It is named for John F. Jarratt, who purchased the house in 1879. Today, it is an important resource in the Pocahontas Island Historic District and is the focus of preservation efforts.

The Jarratt House represents a long history of African Americans at Pocahontas Island. 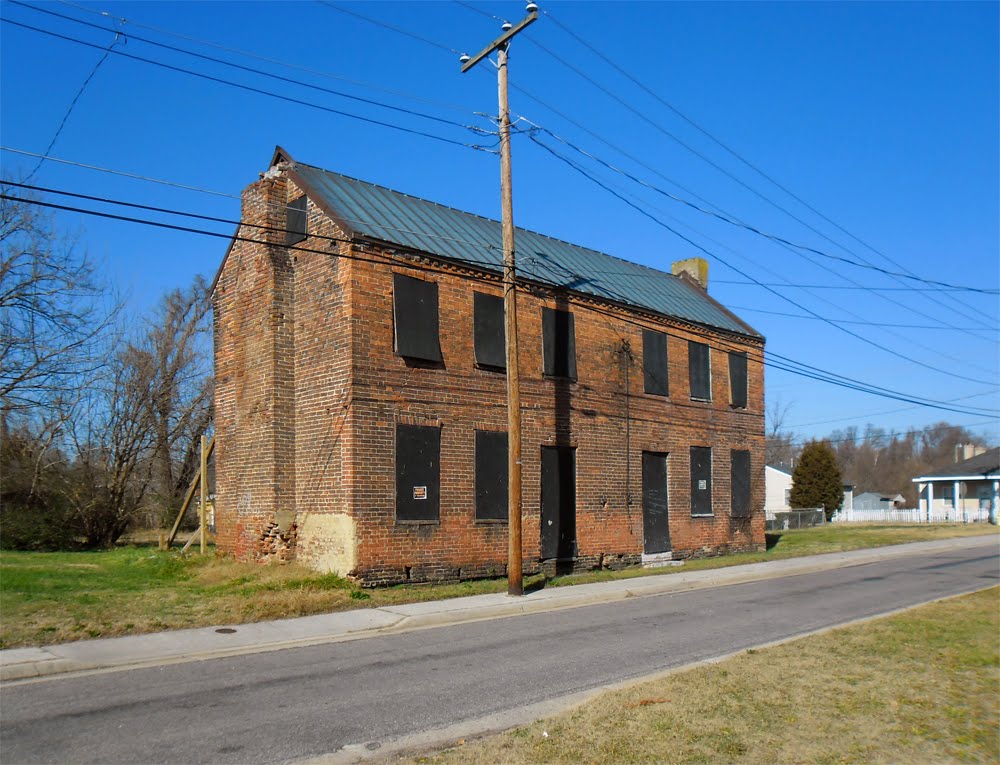 The Jarratt House, built around 1820, sheds light on how communities on Pocahontas Island have changed over time.  In the eighteenth and early nineteenth centuries, Pocahontas Island was home to a predominately white community that oversaw fishing, ferrying, tobacco production, and other industries, along with their slaves. As the nineteenth century progressed, free Blacks moved to Petersburg, attracted to the city's commercial and industrial opportunities. By the 1840s and 1850s, they comprised 19% of the total population in Petersburg, the largest, proportionally, in the South. With this representation came increasing hostility and legal restrictions, informed by stereotypes and isolated current events such as the Nat Turner rebellion. In response, Black families forged a community at Pocahontas Island. While many crossed the river back to Petersburg for work, Pocahontas Island became a thriving residential and commercial area for free Blacks.1

The Jarratt House reflects these broader changes. In 1817, John Wilder purchased a lot on Pocahontas Island and constructed a double house, a dwelling divided into two mirror-image units for separate tenants. Wilder rented the house until he died in 1824, and his son, Joseph, did the same until his death in 1840. It passed through several hands and the property was legally divided into northern and southern units in 1841. Lavinia Sampson, a free Black woman, who owned $3,400 worth of real estate across Pocahontas Island. She rented the northern half of the house to a number of individuals, including Black sailors and a white schooner master. The house also became a stop on the Underground Railroad, which helped usher escaped slaves to freedom.2

Like much of the South, the Civil War devastated the Pocahontas economy. With assistance from the Freedmen's Bureau, established in 1865, Pocahontas accommodated an influx of freed slaves with schools, employment programs, and systems of solving labor disputes and injustice. As Pocahontas began to recover, John F. Jarratt acquired the house on Logan Street in 1879. New businesses sprung up near the Richmond and Petersburg Railroad depot in Pocahontas and hundreds of Black residents worked in a variety of fields including milling, carpentry, shopkeeping, cooking, laundry, and coal and wood dealing. Jarratt was unable to revive his family's fishing business, and worked instead as an oyster dealer, laborer, and river pilot.3

Pocahontas continued to grow into the twentieth century and declined with economic changes and natural disasters. Unlike other historic properties, the Jarratt House survived floods in the 1910s and 1920s and a category F4 tornado in 1993. When the Virginia Department of Historic Resources visited Pocahontas to assess tornado damage, they determined the area eligible for listing on the National Register. The Jarratt House is among the most significant structures in the Pocahontas Island Historic District. While in poor physical condition, the Jarratt House is architecturally and historically significant. It is one of the few double houses remaining in Pocahontas and the only building made of brick. Archaeology has revealed that the Jarratt House once had wooden additions in the back. Today, the Jarratt House belongs to the city of Petersburg.4

While efforts to preserve Petersburg's historic resources began in the 1960s, widespread attention to African American sites has taken more time and energy. For example, the Old Town Historic District in Petersburg, comprising historic homes and businesses downtown, was established in 1980, while the Pocahontas Island was not acknowledged as a historic district until 2006. Pocahontas Island was listed on Virginia's Most Endangered Sites List, which drew additional statewide attention and prioritize its needs. The Jarratt House received $200,000 from a Community Development Block Grant in 2015 to improve and stabilize the building. The Pocahontas community and city of Petersburg have held events, such as a Juneteenth Festival, and installed a Pocahontas Island highway marker to give Pocahontas Island the recognition it deserves. Much of this history is also preserved in the Pocahontas Island Black History Museum.5