Local citizens began the effort to create this memorial building to honor Word War I veterans and their families. Rock Port citizens made national headlines in 1919 when this town of only 1100 residents raised the first $25,000 in just two hours. The community raised fifty thousand dollars to begin the construction of the building, made possible by legislation providing matching grants for community donations. Thanks to state funds and private donations, construction of this building began in 1919. Thanks to the efforts of preservationists, the grand public building continues to serve the city of Rock Port. In 1970, the American Legion added a memorial tablet bearing the names of local men who lost their lives in conflicts from World War I to the Vietnam War. The building was added to the National Register of Historical Places on December 22, 1987.

The plaque showing thanks to the men of Atchison County for their service to their country. The Missouri General Assembly supported the memorial building and by providing a grant of matching funds from Atchison County. 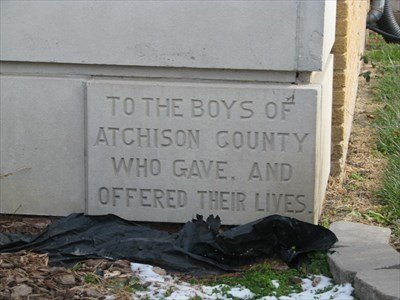 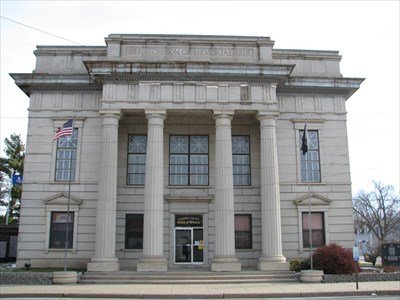 The inscription on top of the building along with the dates that the United States was involved in World War I. 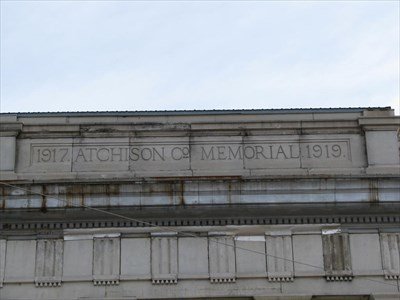 In 1919, the Missouri legislature passed a law granting up to $115,000 for every county in the state to create a memorial civic building. The law required local communities to raise matching funds, and residents of Atchison County responded quickly in raising funds that allowed them to begin construction of this building in 1919. The building serves as both a community building with a large theater and other public spaces, and as a memorial to local veterans who perished or returned home following the Great War.