Now Known as The Phoenix, a condominium building located in Philadelphia’s city center, the Insurance Company of North America (INA) Building was home to the country’s oldest joint stock insurance company until 1991. The 16-story steel-framed building was built in 1925 as the ninth home for the INA, which was originally founded in 1792. The neo-classical building went through a major renovation in 2002 as it was converted into 267 residences and while many residential upgrades were added, the building still maintains many of its original structural aesthetics. It has been a National Historic Landmark and listed on the National Register of Historic Places since 1978.

You just have to "love" the architecture of the Insurance Company of North America Building. 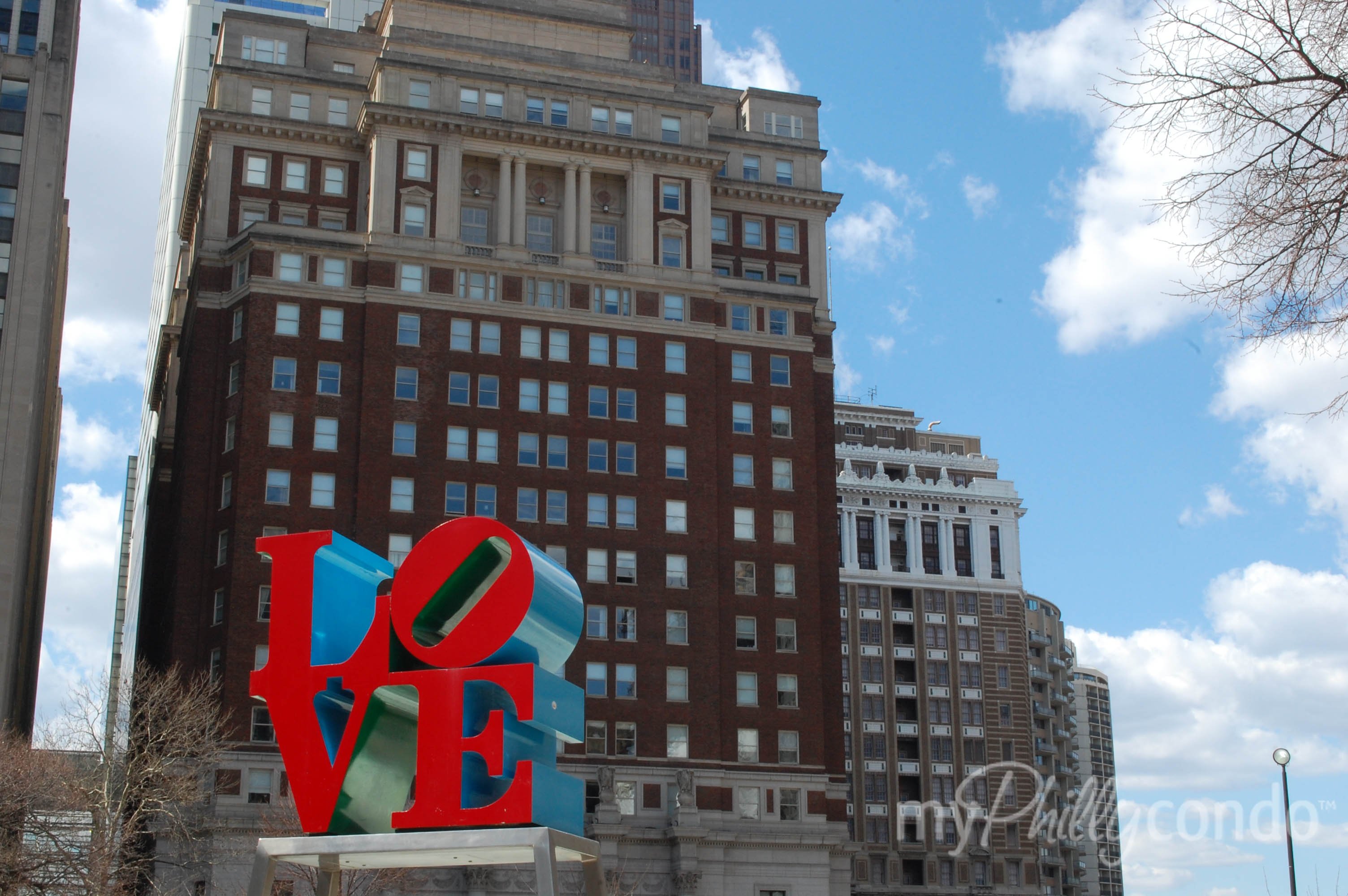 The Arch Street entrance to the building with its Corinthian columns topped by granite eagles. 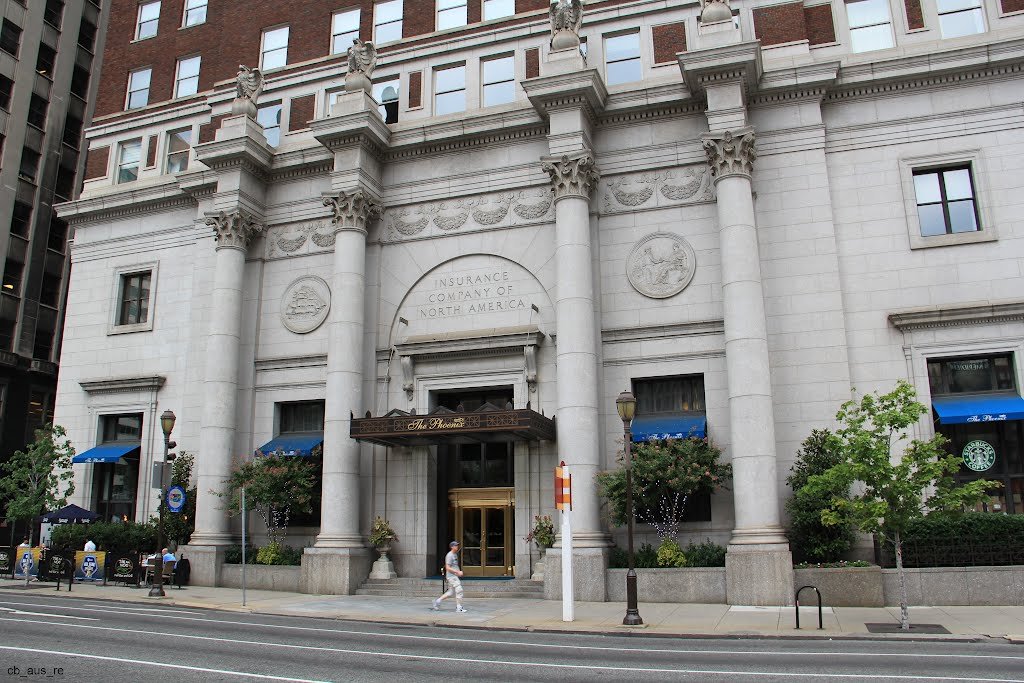 A close-up of one of those eagles, the symbol of the Insurance Company of North America. 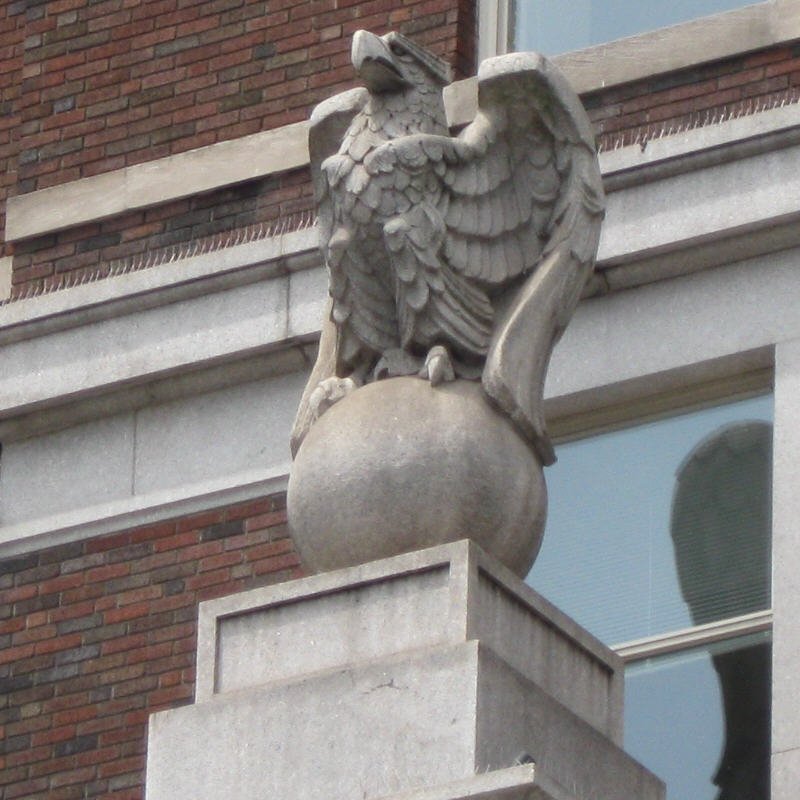 The inscription on the building that commemorates the founding of INA.

The lower commercial and business level of the Phoenix. 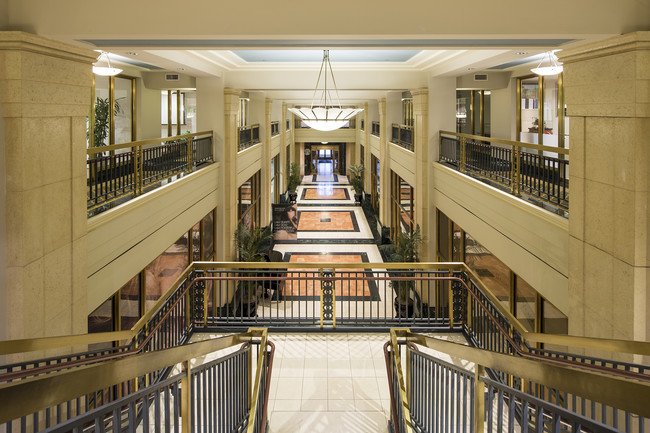 Founded in 1792 in Independence Hall, the Insurance Company of North America (INA) was later incorporated in 1794 and became one of the stalwarts of the insurance industry in the United States.  It was initially involved in U.S. marine underwriting, insuring ships and cargo as Philadelphia was the country’s shipping hub at the time.  However, it added fire insurance to its services as war between Britain and France, President Jefferson’s trade embargo of 1807-08, and the War of 1812 all had detrimental effects on the company.  INA was the first to insure both the contents and the structure itself, in a manner similar to its marine insurance.  As the country expanded west, INA went with it, becoming the first to use agents as representatives on the frontier of Ohio and Kentucky.  INA is now a subsidiary of the Chubb Group of Insurance Companies.

INA was also one of the founders of Philadelphia’s “Insurance Row,” (Walnut St., between 2nd and 6th St) and in 1922 sought to build a new headquarters building after calling Walnut Street home for over 80 years.  The resulting structure was designed by the firm of Stewardson and Page which envisioned a massive, for the time, 16-story building that combined the Second Renaissance and Georgian Revival architectural styles.  The exterior features ten-stories of brick sandwiched between a 65-foot Stonington pink granite lower-level and a four-story crown of Indiana limestone.  Its three-bay main entrance incorporates four, free-standing Corinthian columnns, each topped with a nine-foot eagle perched atop a sphere and pedestal, the symbol of INA.  The interior still features a lobby comprised of marble walls and floors, to include a large inlaid compass design, alcoves with Doric columnns and bronze paneled elevators.  Gone are the building’s 16th floor ballroom, 15th floor dining rooms and basement print shop, television studio and maintenance shops which have been replaced with a two-floor parking garage.

INA vacated the building in 1991 and in 2002 Philadelphia developer Daniel Keating III headed the renovation efforts that transformed the INA building into the Phoenix.  It now houses retail and office space on its first three floors and Philadelphia residents on the floors above in 267 varied housing units.  Much of what made the building unique has been maintained in building’s exterior and public use areas and the building has been recognized more for the fact that its was once home to a titan of the U.S. insurance industry rather than for its architectural design.

"The Phoenix: the History."  The Phoenix.  Accessed September 14, 2017.  http://www.phoenixphiladelphia.com/1.html

"A History of the Insurance Company of North America."  Press of Review Publishing and Printing Company.  1885.  Accessed September 17, 2017.  https://archive.org/stream/historyofinsuran00mont#page/n7/mode/2up