The Peyton Building and Peyton Annex represent Spokane's rapid growth and downtown during the late nineteenth century. The Great Eastern Building emerged after Spokane's expansive 1889 fire. An internal fire destroyed it again it 1898. However, out of those ashes arose the Peyton Building and emergence of the prestigious "million dollar corner, " consisting of some of the city's best retail and office spaces. The Peyton buildings one of Spokane's many historic commercial buildings designed in the Romanesque Revival and Commercial Styles. 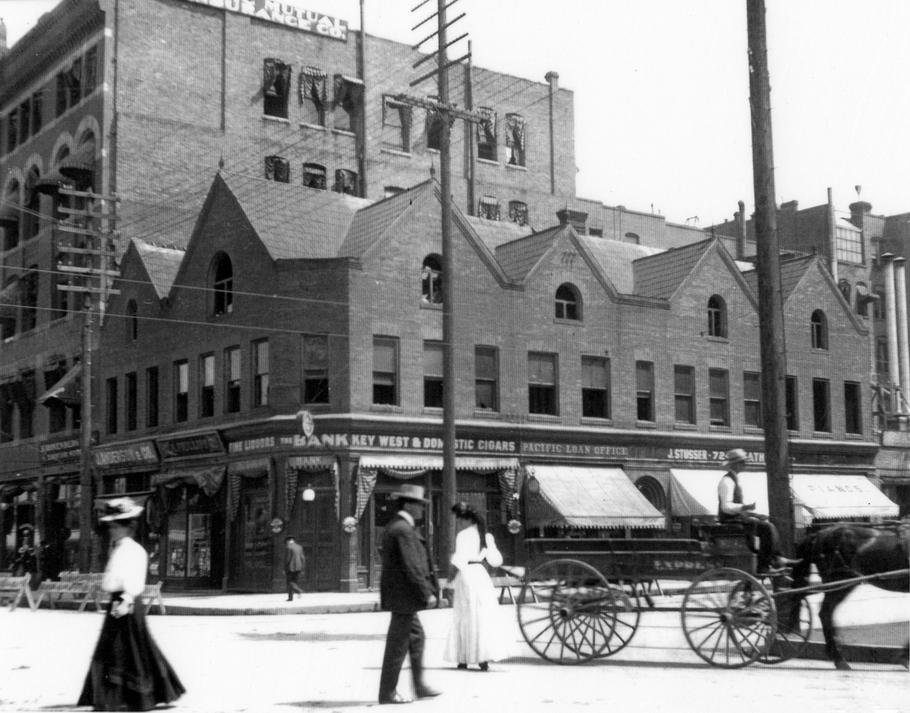 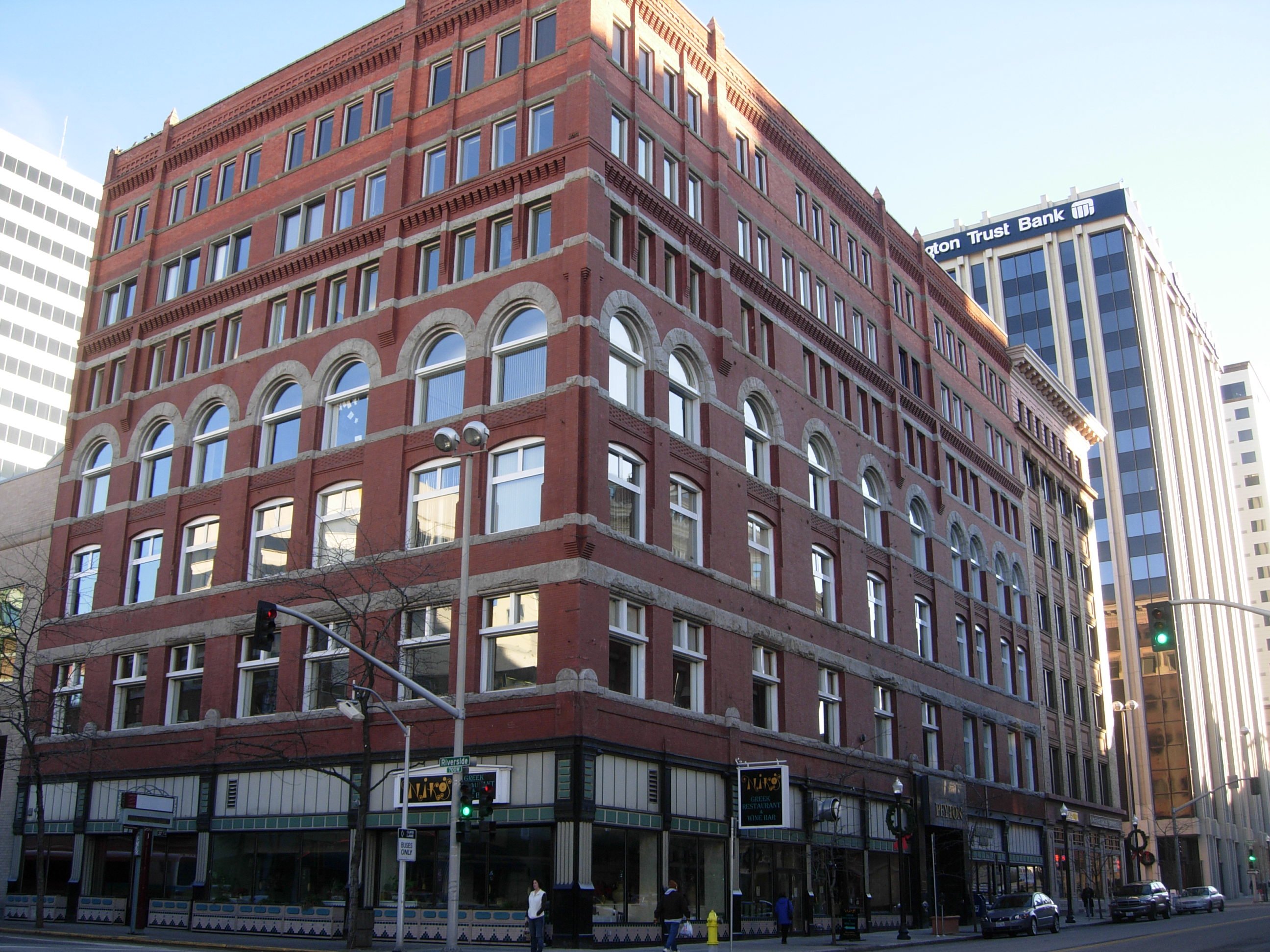 The building now known as the Peyton Building and Peyton Annex arose twice from the ashes of two fires; the large Spokane fire of 1899 and the building's internal fire in 1898. It first existed as the was Great Eastern Building before its insides burnt to the ground in 1898. The building received new life when mining and real estate tycoon  “Colonel” Isaac N. Peyton purchased the fire-ravaged building in 1898, giving it the name "The Peyton Building."  He acquired the building next door in 1908 and created an interconnected annex to the original building, which came to be known as the "million dollar corner."
Spokane's population grew substantially between 1886 and 1889, increasing from 3,500 to 20,000 residents. That explosive growth coincided with a building boom (read: wooden structures) that, unfortunately, turned to rubble during in a large fire in 1889. Luckily, no one perished, but thirty-two blocks of the business district succumb to the fire. With mining, lumber and other burgeoning industries in place, city leaders and entrepreneurs were not about to leave, which fostered a quick rebuild. New attitudes towards fire resulted in the construction of nearly one hundred brick buildings (though wood framing remained on the interior), including the development of the Great Eastern Building (that would later become the Peyton Building).
Typical of the era, The Great Eastern Building consisted of retail stores on the lowest floors and apartment buildings located on the higher floors.  Sadly, when fire struck the stationary store in the lowest levels of 1898, the entire inner structure burned down, killing seven people (mostly living in the apartments, it is thought). The outer, masonry shell, remained, which Peyton purchased that same year.
The Panic of 1893 and subsequent national economic depression had hurt Spokane like most U.S. cities, but the city again rebounded towards the turn of the century. The population of Spokane was 36,848 in 1900 and then exploded to 104,402 by 1910,. As well, Spokane's downtown experienced its greatest building boom during this time, including Peyton's efforts to rebuild the former Great Eastern Building.
Born in 1842, in Illinois, Peyton served as a Civil War Lieutenant. (Despite his nickname, no records indicate he achieved the rank of colonel.) He later moved to Colorado and served in the State Legislature, as well as running a flour mill. He settled in Spokane in 1881 where he realized financial success in mercantile business, real estate, banking, and mining. Not known for his modesty, he named the newly rebuilt five-story building "Peyton," which included a name plate in the gablet on the north and west walls, and his initial “P” engraved into each columnn.
Peyton annexed the former Hogan Block, located adjacent to, and south of, the Peyton building in 1902. He had the new acquisition rebuilt to match his building's facade and he also had the floors raised to match that of the original building. And then in 1908, Colonel Peyton expanded his building once again by constructing the seven-story Peyton Annex onto the south end of the Peyton Building. In short,  the two structures ultimate exist as one, interconnected building.
Peyton passed on in 1913, but the Peyton Investment Company, under many ownership groups, operated out of the Peyton Building and Peyton Annex until 1967; many of his heirs worked for the company.

The building, like many in Spokane's historical business district, remind one of a time when Spokane was a bustling boom-town filled with new business tycoons, miners, bankers and railroads. The downtown area emerged just as Spokane's population and wealth increased steadily.