Constructed in 1854 and known today as the New Hampton Community Church, the New Hampton Village Free Will Baptist Church was created following the unification of two Baptist congregations in the village of New Hampton. The building features the Greek Revival style architectural design and it remains in use to this day. The building was constructed in 1854 by Zelotes D. Gordon and John S. Gordon, and although it has been updated, it retains its historic charm and is listed on the National Register of Historic Places.

The New Hampton Community Church on the 10th of October, 2010 by Ken Gallager, Creative Commons 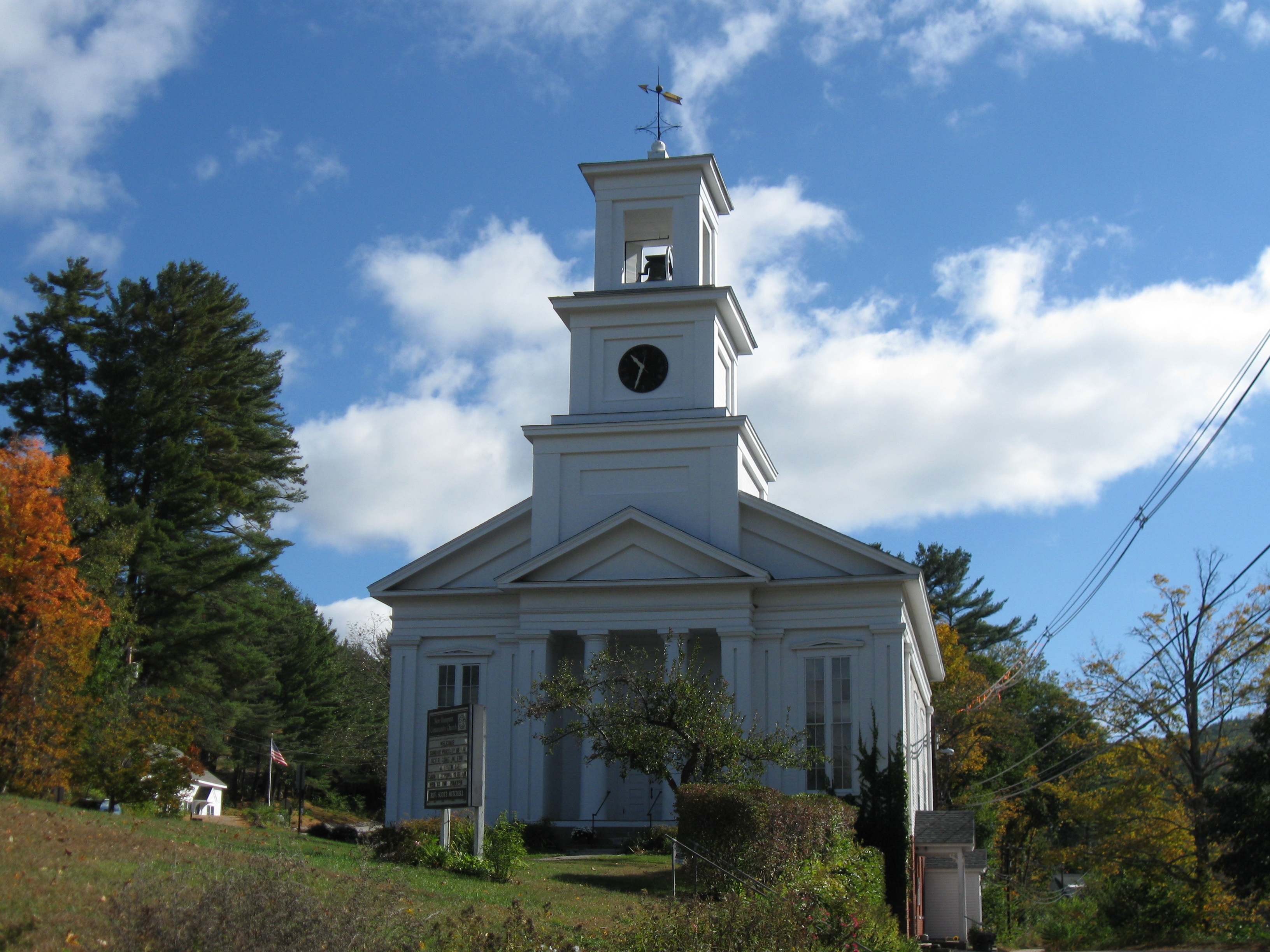 The New Hampton Village Free Will Baptist Church was built on a lot donated to the congregation by Rufus Lewis.  The donated lot sat at the beginning of Main Street in the village center, giving the church a position of primacy in the view of the village, especially considering that the church’s detailed design already set it apart from the rest of the village.

At the turn of the century, in 1899, the auditorium was deemed outdated and was redesigned entirely by J.W. Merrow, a Boston architect who had grown up in New Hampton.  The NRHP record lists “a Mr. Tucker of Lakeport” as the builder who undertook the renovation of the interior.  While some features were undeniably updated to a more modern design, Merrow was careful to design the interior to be complementary to the exterior.  Much of the interior styling was done in the Colonial Revival style.  No exterior changes, save for the addition of an east-facing stained glass window, were undertaken at this time.

Since the 1899 redesigns, there have been a number of other additions made to the church, though the upper sections of the church have gone largely untouched.  The most notable changes to the structure were the addition of a clock to the tower of the church during the 1960s and the 1970 addition of a kitchen and furnace room for the church.

The church congregation is, as of the creation of this article in 2017, associated with the American Baptists and is led by Reverend Scott Mitchell, who has led since late 2001.

Tuesday & Friday from 9am to 12noon Open for Services on Sunday at 10 A.M.