Lemhi River Valley in Salmon, Idaho is home to a woman whose name means Bird Women, Boat Launcher, and burden in the Agaidikas language. The sculpture reveals her holding a child to resemble the importance of family in her culture. It tries to share the likeness of a woman and her story of carrying her child throughout a noteworthy expedition. Her name is Sacajawea, a navigator and leader, who played a significant role in the Corps of Discovery for Lewis and Clark’s expedition. Sacajawea’s statue stands in the Sacajawea: Interpretive & Educational Center. The park is committed to providing the public with her heritage. Her birth home is where Sacajawea learned her skills that prepared her for dangers and adventures she would experience in her future to prepare for the story she is well known for. 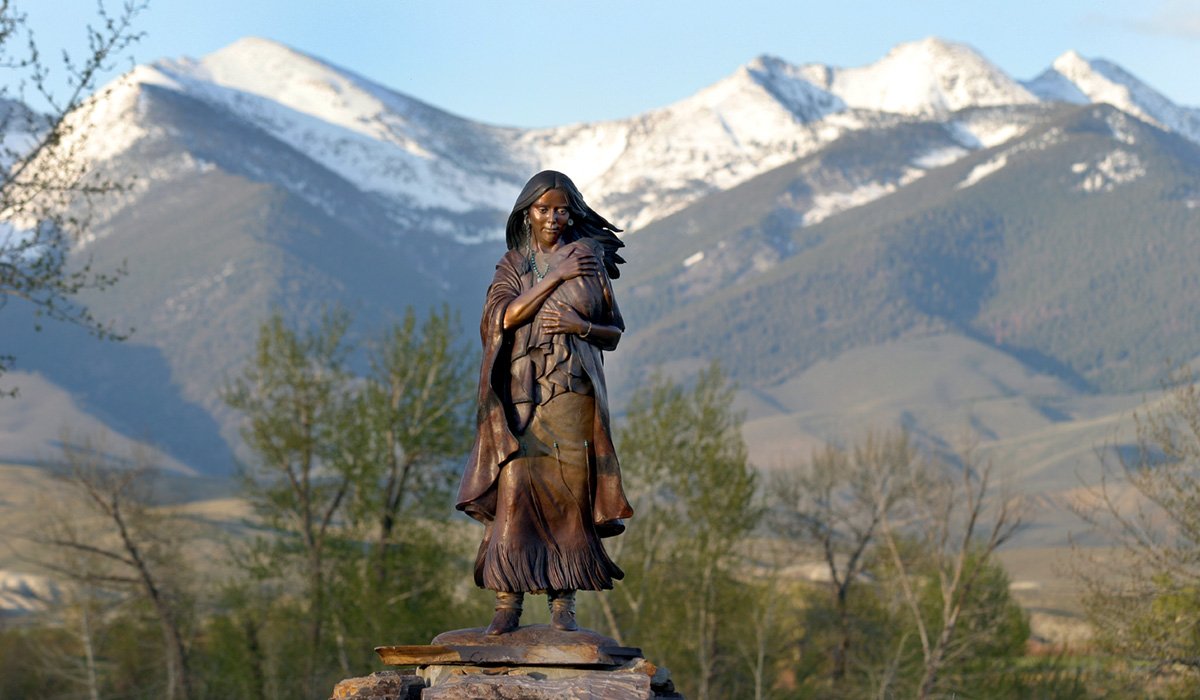 She directed the men of the Crops of Discovery on their journey using her navigation skills, and linguistics, while carrying a new born child on her back. "Sacagawea Interpretive, Educational and Events Center in Lemhi River Valley". 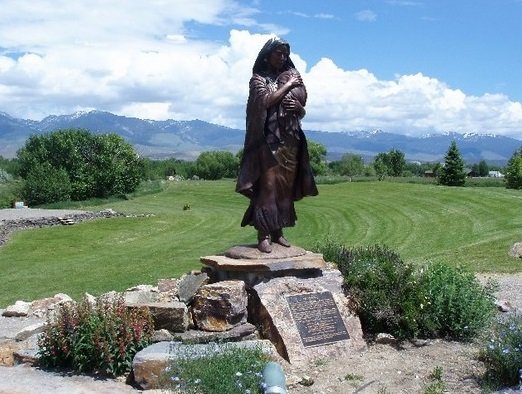 Sacajawea learned to hunt, build tools, and make her own clothes from her environment. For example, she would skin and scrap hair off deer to make dresses and moccasins all by the age of 12. "Illustration is by Robert William Palitti." 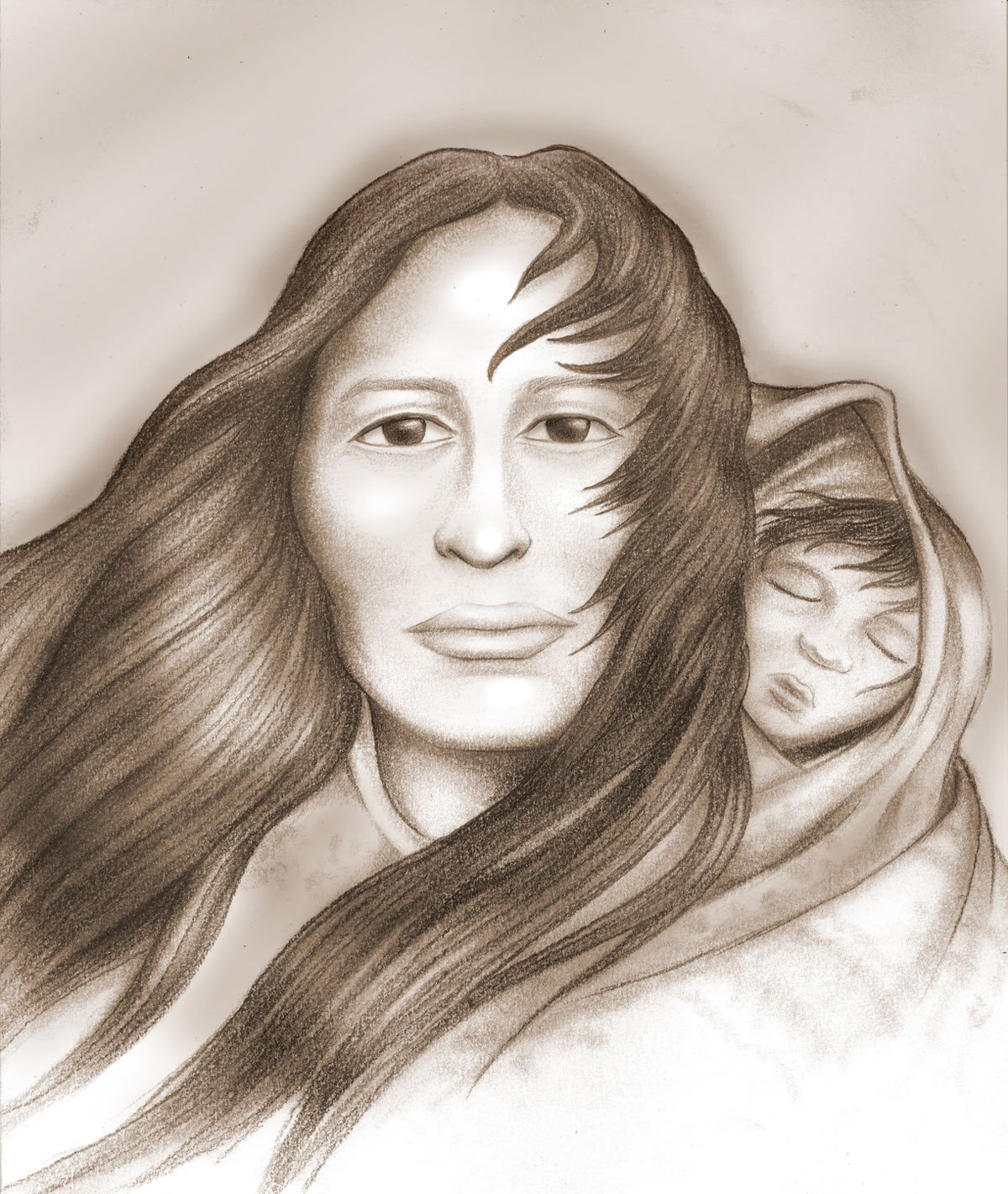 Her name was translated to "Bird Women". "Sacagawea cast in bronze near Salmon, Idaho. Photograph by Jim Foster." 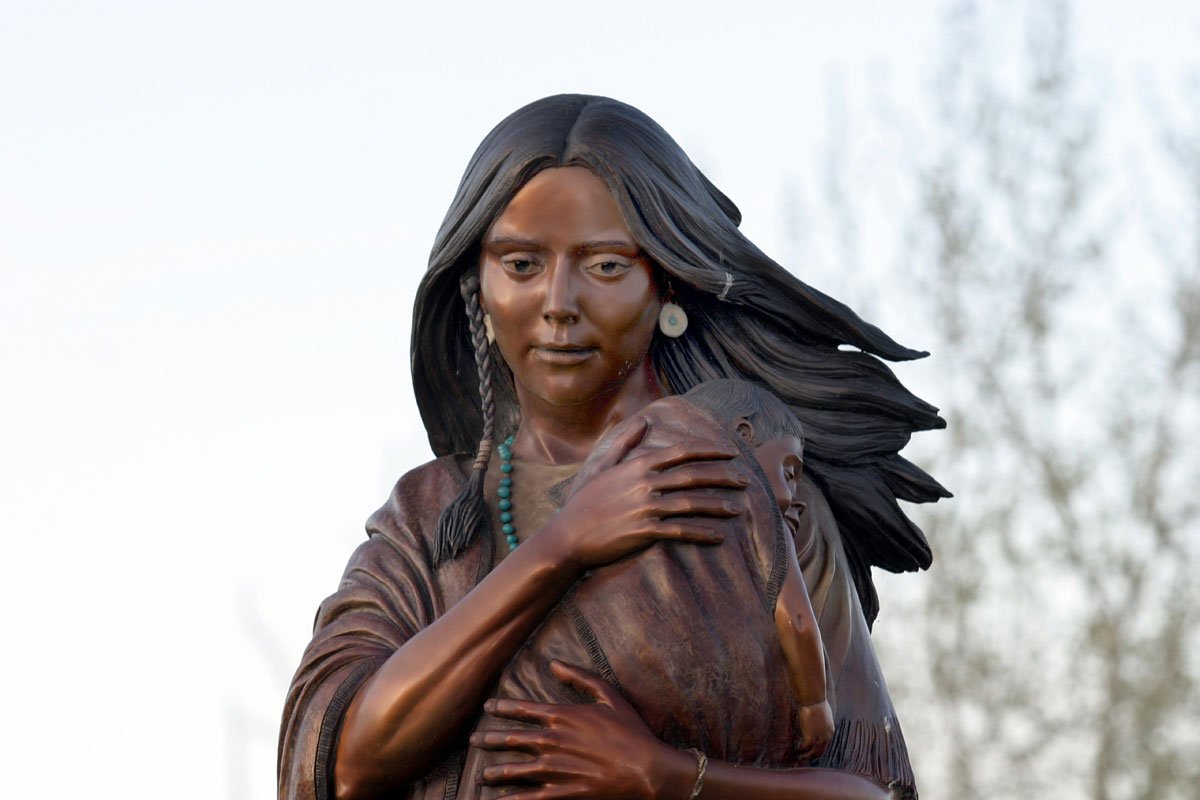 Sacajawea was born between Kenney Creek and Agency Creek, near the small Idaho town of Tendoy in the year 1788. America was around twelve years old at the time, and the territory only reached to the Mississippi. She was a member of the Agaidikas tribe. During the winter months, the Agaidikas tribe would stay in river valleys located in the current towns of Lemhi, North Fork, and Challis. In the spring, they would begin expeditions in the quest for food. Training for Sacajawea’s life started young; her knowledge would determine her survival.1-8

Sacajawea was surrounded by teachers throughout her childhood. Grandparents, aunts, uncles, older siblings, and additional people of authority had the responsibility of disciplining and guiding children. Parents of the Agaidikas tribe cherished their children and began to teach their children important skills they needed to know to survive. Sacajawea learned to make her own clothes from her environment. For example, she would skin and scrap hair off deer to make dresses and moccasins. Additionally, Sacajawea was taught to hunt, cook, fish, make weapons, defend and protect herself in case of a trap, and ride horses. She also would create tools for everyday life, for example, sewing- needle sharpener form rock, a bow from a chokecherry branch, and a comb from bone toothpicks, wood, bone, and rawhide saddles for horses. Moreover, Sacajawea would gather food in the fruitful places at precise times. When Sacajawea’s people were sick she knew which plants would help her tribe heal. She had become proficient in all these skills by the age of twelve.1-8

Sacajawea’s tribe could be recognized easily by the red, iron- oxide clay on their face and hair. It was Agaidikas’ symbol of peace. By age twelve Sacagawea would have been taken with other Agaidikas girls with their mothers, and other women from their home to the mountains and spend a night fulfilling a spiritual quest. However, it was during this time in her life she would be taken away from her home in Lehmi River Valley. She was kidnapped by the enemy of her people, the Hidatsa Indians, also known as the Shoshones. Sacajawea would live with her adversary in Bismarck, North Dakota until she was sold as a slave. She was purchased by Toussaint Charbonneau, a French Canadian fur trader twice her age. Not of her choosing, the two were married when she was sixteen. Sacajawea was Charbonneau’s second wife; both women would share responsibilities expected of them around their home.1-8

Although, Sacajawea did pick her circumstances, she didn’t allow him to handle her spirit. Remembering what her family taught her, she remained strong and resourceful. Sacajawea became pregnant a few years later with her first child. In 1804, that same year, William Clark and Meriwether Lewis came through on the Corps Discovery excursion. Their path led them to the tribe of Lemhi people the same area where Sacajawea was settled. The two men hired Charbonneau to be an interpreter and advisor for their expedition. Sacajawea, while pregnant, would accompany them on their goal to peacefully explore the Rocky Mountains and Missouri River, report on new animals, plants, and minerals, while forming trade with Native Americans. Sacajawea offered a sign of peace. Moreover, she served as a leader with the knowledge she gained from life experience and the lessons she learned as a child.1-8

She directed the men on their journey using her navigation skills, and linguistics, while carrying a new born child on her back. Sacajawea would gather and buy horses from tribes to help cook food, navigate around the mountains, sew clothes, and make tools along the exploration. Furthermore, she saved all the records of the Corps of Discovery. In the month of May in 1805, a giant wind storm nearly overturned one of their boats. Some supplies, including medicine, gunpowder, seeds, and cooking items were lost. Sacajawea acted quickly on her instincts and grabbed items containing information about the Corps of Discovery, for example: notes, books, and additional instruments. She prevailed on many other occasions throughout her journey. Along the way she was able to reunite with family for a short time, and gave birth to a girl. Shortly, after bringing her daughter into the world, she allegedly died at Fort Manual, current-day Kenel, South Dakota, around 1812. Her legacy remains and is shared through records, books and statues.1-8