Constructed in 1939, Foster Auditorium is best known as the site of segregationist governor George Wallace's June 11, 1963 speech where he defied federal authorities to enforce the terms of a court order to integrate the University of Alabama. The event, known as the "stand in the schoolhouse door," occurred when Wallace attempted to block Vivian Malone and James Hood from enrolling at the university. Prior to this time, a federal court ordered the university to abide by the law mandating racial integration at state-operated schools and colleges. In response, President John F. Kennedy called upon the Alabama National Guard to assist the students in entering the building. Inspired by their governor's defense of white supremacy, thousands of white residents of the state descended upon the university waving Confederate flags and using other techniques to try and intimidate the students. Despite violent rhetoric and acts of violence against African Americans and whites who supported integration and compliance with the law, both students were enrolled at the university. Recognizing the building's connection to the history of the Civil Rights movement, Foster Auditorium was designated a National Historic Landmark on April 5th, 2005. Plaques marking the event and located outside of the doorway in which Governor Wallace stood and vowed to defy federal authority and uphold segregation.

On June 11, 1963, Foster Auditorium was the site of one of the key events of the Civil Rights movement, in which Alabama's governor, George Wallace, temporarily blocked two Black students from enrolling.

The confrontation between George Wallace and Deputy U.S. Attorney General Nicholas Katzenbach, who was tasked by President Kennedy for force Wallace to step aside. 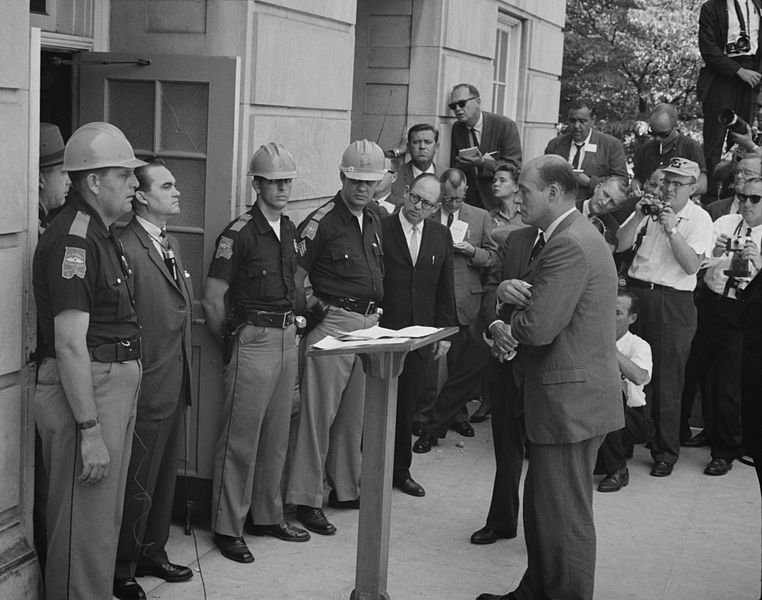 George Wallace and other opponents of integration made the Confederate flag their emblem throughout the civil rights movement of the 1950s and 1960s. 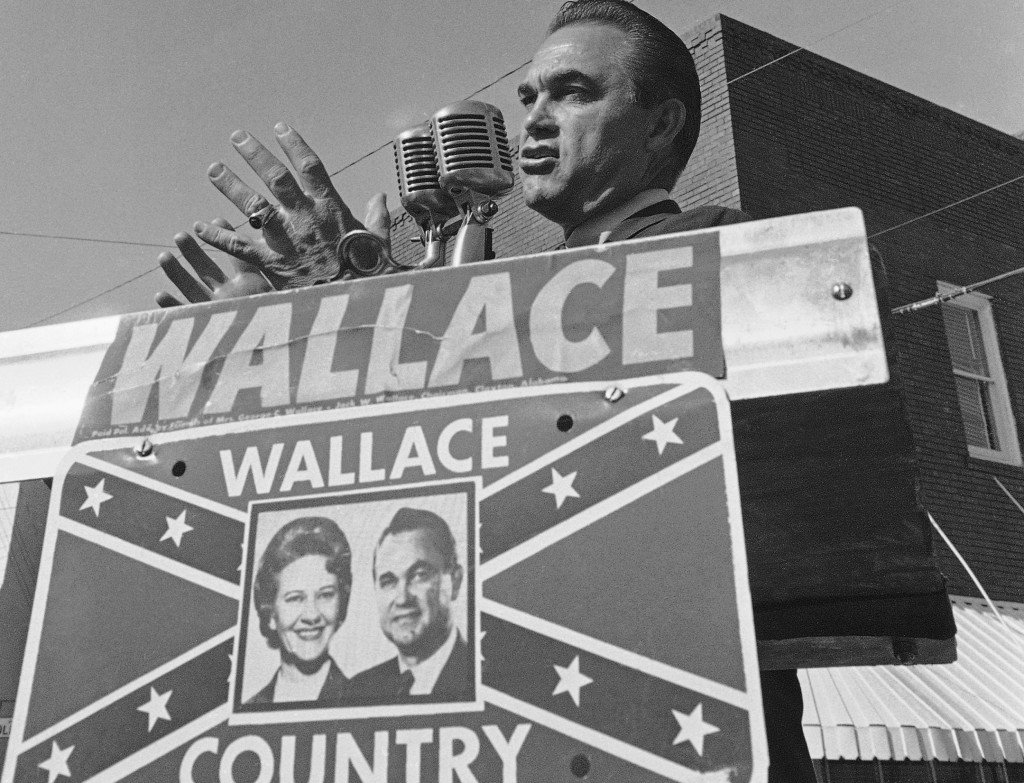 Governor Wallace was elected governor in 1962 after losing the 1958 governor’s race to John Patterson who had run with the support of the Ku Klux Klan. Understanding that Patterson had defeated him because of his hateful rhetoric against African Americans, Governor Wallace matched Patterson's rhetoric in 1962 and campaigned on a promise to maintain segregation. Given the threats of violence against would-be Black voters, candidates that supported segregation usually carried the nearly all-white elections held in the Deep South up until this time.

In his inaugural speech Governor Wallace promised "segregation forever" despite federal laws and court orders requiring the state to end segregation in schools and colleges. The University of Alabama was ordered by the courts to admit two qualified African Americans in June of 1963. However, Governor Wallace vowed these two young people would never be admitted. Taking a cue from their governor, members of the Ku Klux Klan descended on the university waving Confederate flags and vowing to kill any African American who attempted to integrate the university.

Despite threats to their lives, the two African Americans attempted to register for classes but found that they were physically blocked by Governor Wallace himself. The governor blocked the door along with two state troopers and vowed to defy the court order. In response to this direct challenge to the rule of law, President Kennedy federalized the National Guard and ordered them to force the desegregation of the University. On June 11, 1963 both the students were registered for classes.

The building is named after Richard Clarke Foster, president of the university form 1937-1941. It was built in 1939. As it was the largest indoor university building until 1968, the auditorium has been the location of sporting events, graduations, and of course, registration. It is currently used for women's volleyball and basketball games.