Fresno once had the largest Armenian community in the United States. The Armenian presence in the city dates to the late 1800s when Armenians began to move into the area, largely for agricultural work. In 2015, a memorial to the victims of the Armenian Genocide was unveiled at Fresno State. At the time of its construction, Fresno State University was the only American university to have a monument to the Armenian Genocide. 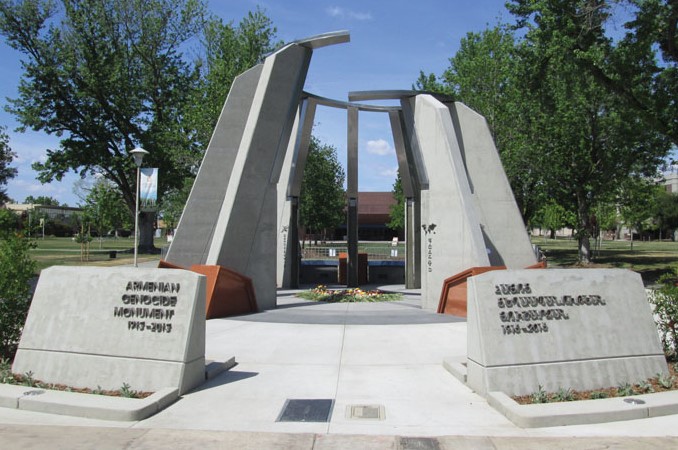 Armenian migration to Fresno began in the 1880s with the arrival of the SEropian brothers. The four brothers and half-brothers started numerous businesses in Fresno, some of which failed while others succeeded. Ultimately, the brothers found the most success with the Seropian Brothers Company, which became one of the country’s largest producers of dried fruits and nuts.

By the early 1900s, the Armenian population of Fresno was concentrated in an area known as Armenia Town. The Armenian genocide brought even more immigrants into the United States, with many settling initially on the East Coast but eventually finding their way to Fresno. Today, there are roughly 40,000 Armenian-Americans in the Central Valley, and many are descendants of those who fled genocide.

In 2015, a monument commemorating the Armenian genocide was placed on the campus of Fresno State. The monument was designed by architect Paul Halajian and was placed on Maple Mall, in proximity to several other historic monuments.