Free to the public for enjoyment and enlightenment, The R.W. Norton Art Gallery is a non-profit museum built in 1966 which features original works of American and European art. With the addition of the South Wing in 1990 and the North Wing in 2003, the Norton has continued to expand its permanent collection and bring outstanding art exhibitions from all over the country to the greater Shreveport area. 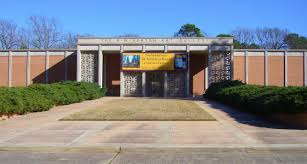