Built next to the Brooklyn Navy Yard which operated from 1801 until 1966, Building 92 was built in 1857 to serve as the Marine Commandants residence. The building was designed by Thomas Walter, who served as the fourth architect to the U.S. Capitol. After falling into disrepair after years of neglect, Building 92 was restored and converted into an exhibition that explores the history of the Navy Yard in Brooklyn. Aside from the original structure, a four story building was added onto the original. The modern structure provides space for classrooms, meetings, an employment center, and other leasable space. 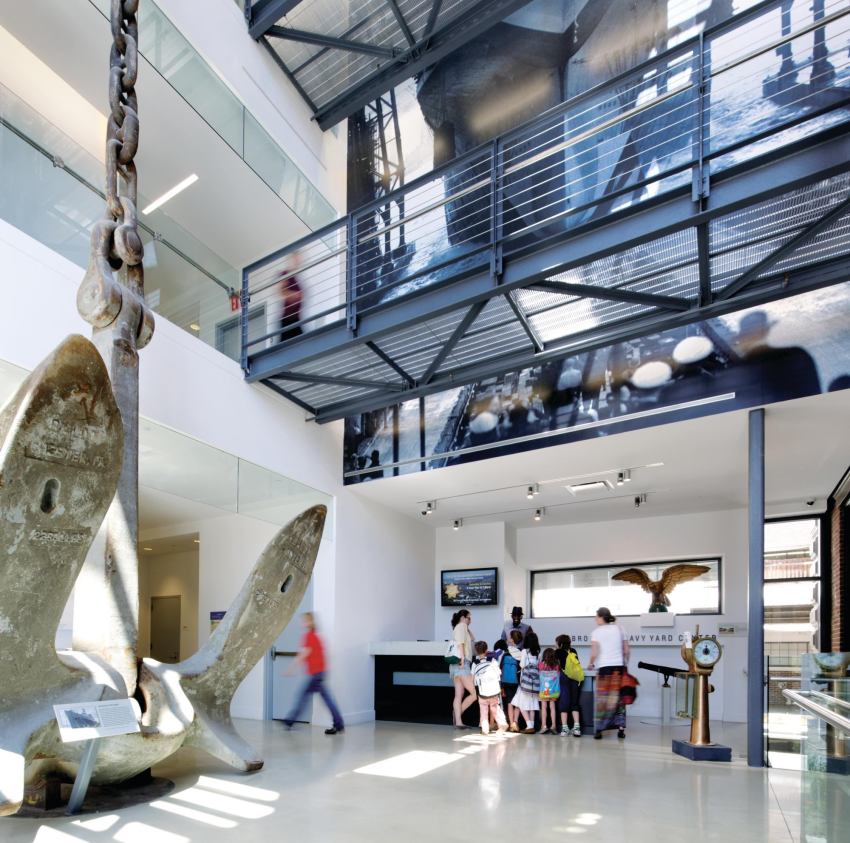 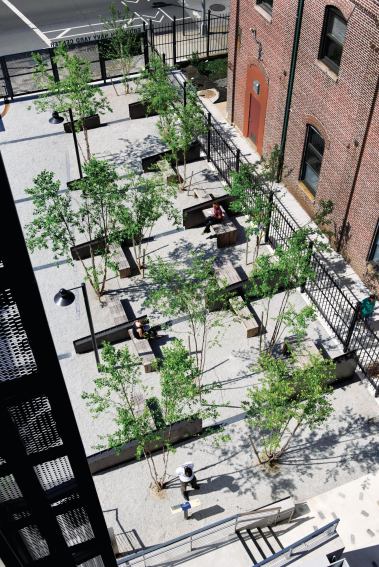 The Brooklyn Navy Yard is located on the East River in the Wallabout Basin. The Yard was first commissioned in 1801 by the U.S. Navy, which made it one of the first five Navy Yards in the U.S. Before the Navy Yard was built, it was used by the British in the American Revolution to haul off prisoners of the war, many of which died on the prison ships. After its creation, the Yard began to make a name for itself over the course of the 19th century by providing ships to help end the African slave trade, laying the first underwater telegraph from the United States to Great Britain, and launching the first U.S. steam warship, Fulton II.

The Brooklyn Navy Yard closed in 1966 just six years after a fuel explosion in the Yard killed 50 people working on the USS Constellation, an aircraft carrier. The closure was part of a downsizing project by Secretary of Defense Robert McNamara. When it closed, the Yard was the oldest industrial plant in New York still operating.

A museum honoring the memory of the Brooklyn Navy Yard was opened in 2011 at BLDG 92, which was built in 1857 to serve as the residence of the Marine Commandants. Thomas Walter, who was the architect of the U.S. Capitol, designed the original building. However, the building was in a state of disrepair when the decision was made to turn it into an exhibition museum for the Yard. Instead of demolishing the old building, the architects decided to maintain the shell of the structure by reinforcing the brick walls. Then, a four-story extension building was added onto the original building, which provides more space for educational classrooms, leasable offices, and meeting space.