A few of the handwritten names on the Honor Wall 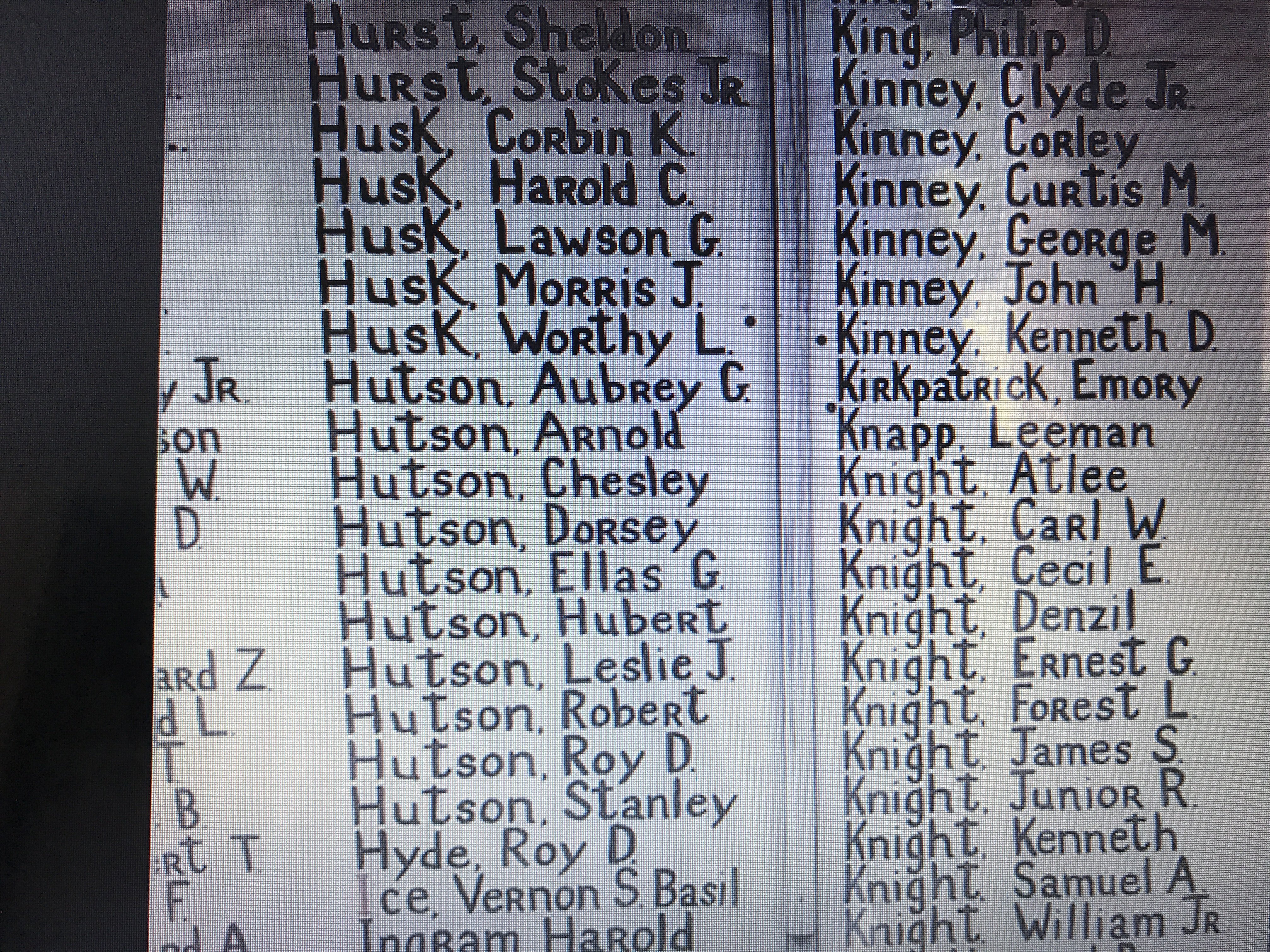 Many residents of Doddridge County have answered the call to duty and have placed themselves in harm’s way serving the armed forces of the United States, in both wartime and peacetime.  The patriotism found in Doddridge County is deep rooted and goes back generations.  The Doddridge County Veterans Memorial and Honor Roll is a unique county monument that honors all veterans, living and deceased, for their service and sacrifices to secure the freedoms of these United States of America from WWI to the current War on Terror.  The memorial is comprised of several parts, the most inspiring is the hand-written names of those who have served on the Honor Roll wall which is encased inside a small brick building and behind glass for viewing.  The original Honor Roll of Doddridge County was hand painted on a white wooden wall by the Ladies Auxiliary of veteran’s organizations, listed alphabetically and grouped by war, with names added as needed.  As the wars of the recent eras have again became abundant, the names of those who have gone off to war for the United States have again needed to be added and the wall is beginning to fill.  A huge endeavor is being undertaken by the Doddridge County Heritage Guild and the VFW Post 3408 to create a digital version of the honor wall to also include from WWI – present day as well as the Civil War and the Spanish-American War when those names are known to them.

While directly nestled below the county court house, as well as sitting on a knoll above the main town and Doddridge county seat of West Union, the memorial provides a powerful reminder of the rich military history of the citizens of Doddridge County as well as a place to reflect and meditate over the hundreds of men and women from this West Virginia county that have served in the United States Armed Services.  The wall is a lasting tribute to the heroes of Doddridge County and with this memorial those who look upon it will be able to treasure and honor that respect and acknowledgement even after those men and women have passed.  The Doddridge County Veterans Memorial and Honor Wall show the community and the youth that freedom is never free and that many from this community came before them to serve so that they may live free in the United States of America.

always accessible to the public