Stone tablet located at the Southeast corner of State St. and Clay St. is where Mac Murray Collage started. 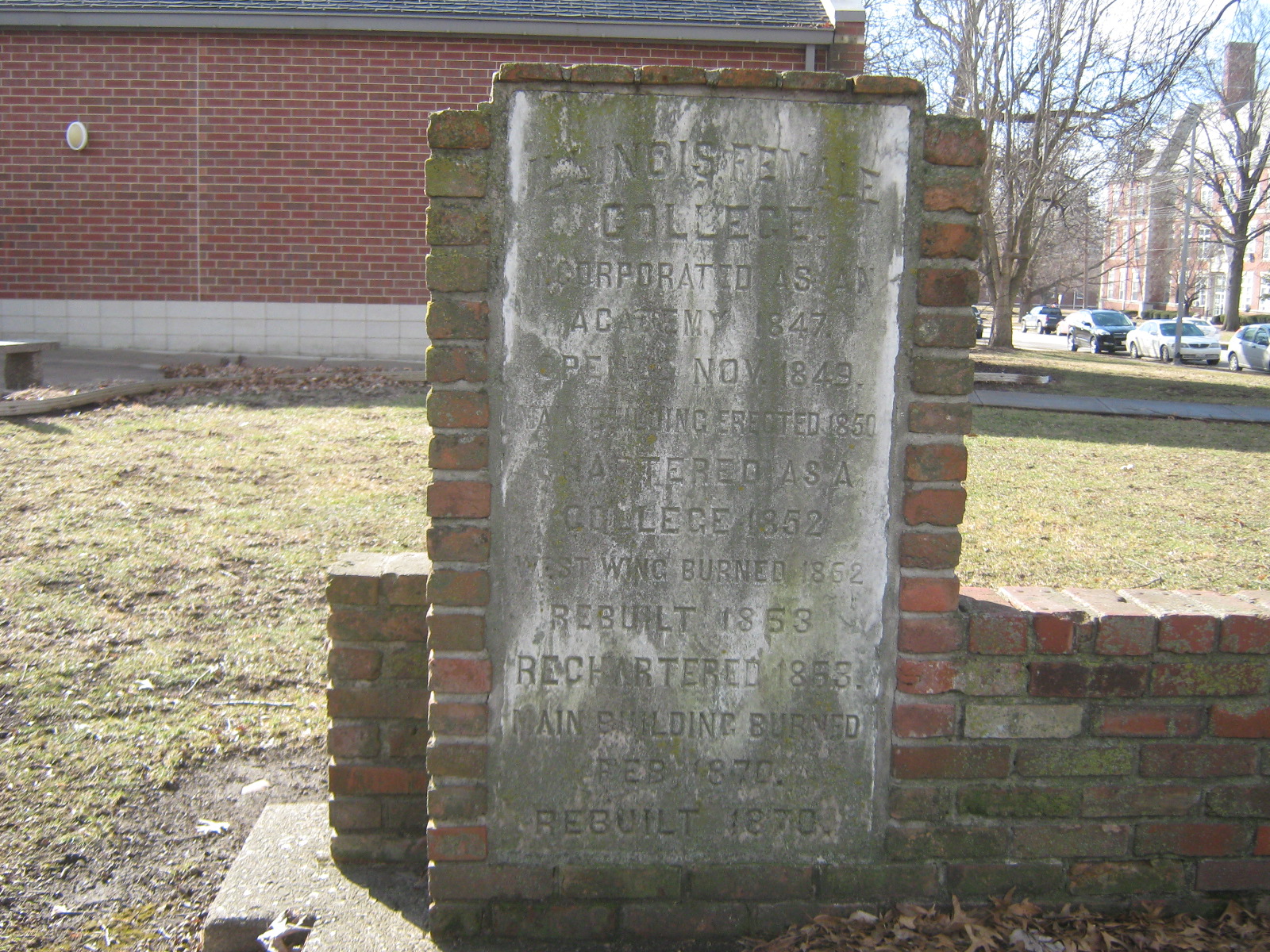 Although founded in 1846 by a group of Methodist clergymen as the Illinois Conference Female Academy, the first class was not held until 1848. Since its beginnings, the college has been affiliated with the United Methodist Church. It is one of the oldest institutions of higher education originally for women in the United States.

The school was renamed the Illinois Conference Female College in 1851, with the name changed again to Illinois Female Collegein 1863 and Illinois Woman's College in 1899. The name was changed to MacMurray College for Women in 1930 to honor James E. MacMurray, who was an Illinois state senator, president of Acme Steel Corporation in Chicago, and college trustee whose commitment led to a substantial increase in the college's facilities and endowment in the late 1920s and 1930s.[2]

The institution remained an exclusively women's college until 1955, when the trustees established MacMurray College for Men as a coordinate institution. In 1969, the colleges were reorganized into a single co-educational institution.[2]