In 1811, the federal government authorized the first domiciliary and medical facility for Veterans. The Louis A. Johnson VA Medical Center is located on a 16-acre site adjacent to the Veterans Memorial Park and the West Virginia State Nursing Home in the city of Clarksburg, West Virginia. The facility was initially dedicated on December 7, 1950, and was enhanced with the clinical addition in 1989. Named after Louis A. Johnson, Secretary of Defense under President Truman, this medical center has been an active facility since 1960 by participating in residency and academic affiliations with West Virginia University, Fairmont State University, Alderson-Broaddus College and other nearby institutions of higher education. Veterans Affairs Mission Statement To fulfill President Lincoln's promise “To care for him who shall have borne the battle, and for his widow, and his orphan” by serving and honoring the men and women who are America’s Veterans

Clarksburg VA Hospital current photo of entrance to building. Several improvements have been made to the facility since it dedication in 1950 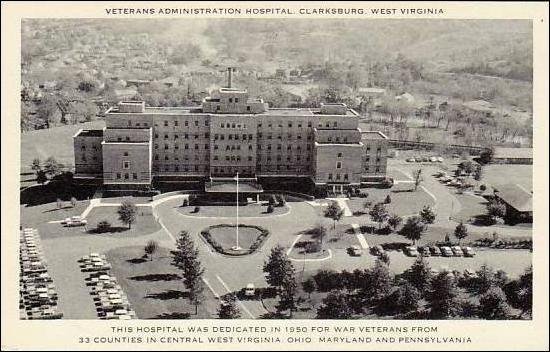 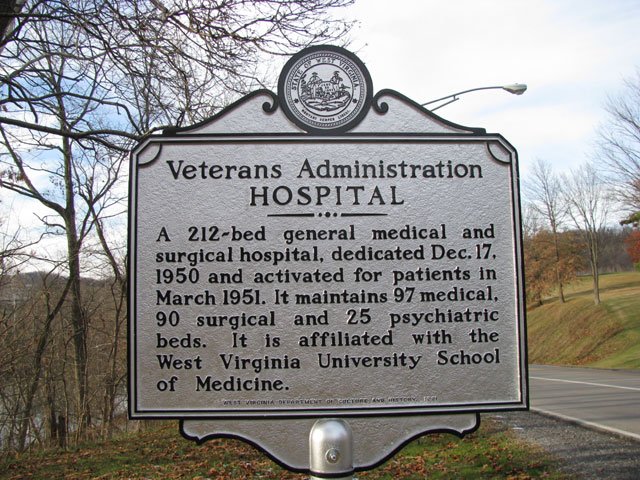 The United States has the most comprehensive system of assistance for Veterans of any nation in the world, with roots that can be traced back to 1636, when the Pilgrims of Plymouth Colony were at war with the Pequot Indians. The Pilgrims passed a law that stated that disabled soldiers would be supported by the colony.

Later, the Continental Congress of 1776 encouraged enlistments during the Revolutionary War, providing pensions to disabled soldiers. In the early days of the Republic, individual states and communities provided direct medical and hospital care to Veterans. In 1811, the federal government authorized the first domiciliary and medical facility for Veterans. Also in the 19th century, the nation's Veterans assistance program was expanded to include benefits and pensions not only for Veterans, but for their widows and dependents.

Following the Civil War, many state Veterans homes were established. Since domiciliary care was available at all state Veterans homes, incidental medical and hospital treatment was provided for all injuries and diseases, whether or not of service origin. Indigent and disabled Veterans of the Civil War, Indian Wars, Spanish-American War, and Mexican Border period, as well as the discharged regular members of the Armed Forces, received care at these homes.

As the U.S. entered World War I in 1917, Congress established a new system of Veterans benefits, including programs for disability compensation, insurance for service personnel and Veterans, and vocational rehabilitation for the disabled. By the 1920s, three different federal agencies administered the various benefits: The Veterans Bureau, the Bureau of Pensions of the Interior Department, and the National Home for Disabled Volunteer Soldiers.

World War I was the first fully mechanized war, and as a result, soldiers who were exposed to mustard gas, other chemicals and fumes required specialized care after the war. Tuberculosis and neuro-psychiatric hospitals opened to accommodate Veterans with respiratory or mental health problems. A majority of existing VA hospitals and medical centers began as National Home, Public Health Service, or Veterans Bureau hospitals. In 1924, Veterans benefits were liberalized to cover disabilities that were not service-related. In 1928, admission to the National Homes was extended to women, National Guard and militia Veterans.

The three component agencies became bureaus within the Veterans Administration. Brig. Gen. Frank T. Hines, who had directed the Veterans Bureau for seven years, was named the first Administrator of Veterans Affairs, a job he held until 1945.

Dr. Charles Griffith, VA’s second Medical Director, came from the Public Health Service and Veterans Bureau. Both he and Hines were the longest serving executives in VA’s history.

Following World War II, there was a vast increase in the Veteran population, and Congress enacted large numbers of new benefits for war Veterans—the most significant of which was the World War II GI Bill, signed into law June 22, 1944. It is said the GI Bill had more impact on the American way of life than any law since the Homestead Act of 1862.