As people poured into Spokane during the late 19th and early 20th centuries, a need for goods arose (notably after the Great Fire of 1889). The Kemp & Hebert Corporation emerged during that post fire economy and quickly grew into one of the Northwest's largest retail and dry goods operations.

By Murderbike (Own work) [Public domain], via Wikimedia Commons 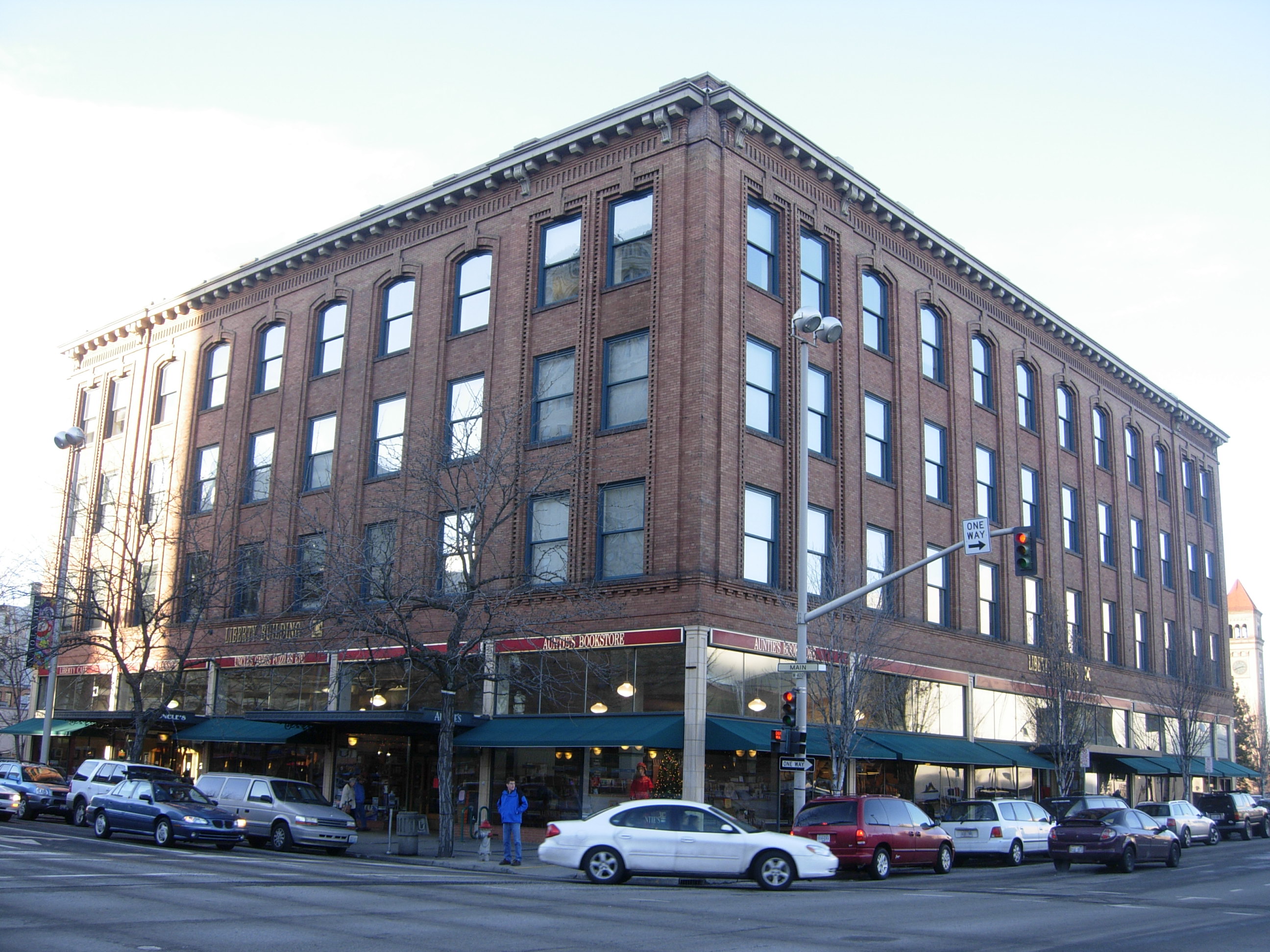 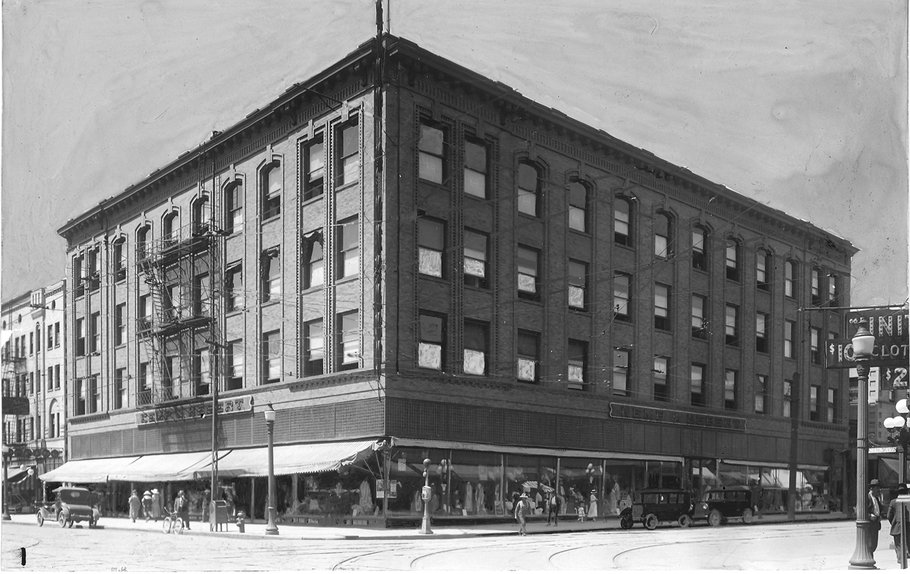 The Kemp & Hebert existed as one of Spokane's largest dry-goods department stores and is representative of the city's architectural and population boom that occurred during the early 1900s, as well the booming retail business found in Spokane during that period.
During the late 19th century, the development of the Coeur d'Alene Mines and concurrent arrival of railroads helped Spokane enjoy rapid growth. However, as people arrived in groves, a subsequent need for retail stores arose; residents sought everything from food to dry goods to building materials. Thus, by 1887, retail merchants accounted for nearly $5 million of the region's total economy. Two years later, the Great Fire of 1889 furthered people's need for goods, allowing retail to remain one of the areas most profitable businesses, which is the period from which Kemp & Hebert emerged.
Charles Kemp and Henry Hebert opened their store in 1892 in the 25-foot front storeroom, chiefly selling men's clothing. In 1895, they expanded in size and also began selling general dry goods. Kemp & Herbert enjoyed substantial success so that by 1908 the two formed the Kemp & Hebert Corporation in conjunction with the opening a new four-story building built one block north of Spokane's "million-dollar corner" on Riverside and Washington,
Even as Spokane's growth nearly ceased after 1910, Herbert & Kemp continued to expand, both in Spokane and into parts of Central Washington, including acquiring other dry good, clothing and department stores from 1920-1930, including purchasing the Palace Department Store that stood six stories in downtown Spokane. With so much expansion, the Kemp & Herbert corporation constructed a four-story warehouse during the 1920s and thus were able to add wholesale sales to its business portfolio. However, during the peak of that growth, Charles Kemp died, which left Herbert as the business' sole owner.
The Great Depression took its hit on the Kemp & Herbert corporation, but the business did not fold; they sold some of the company's assets and stores to remain afloat. And then, in 1940, the seventy-five-year-old Henry Hebert, died. The Kemp & Hebert Building lay unoccupied until 1942 when the Air Force moved in and used it as their temporary headquarters. Two years later, in 1944, Liberty Furniture Store moved into the building and remained there until the mid-1980s.  Today, the building stands as the Liberty Building, which houses retail shops and offices spaces.

Monday through Friday, 8am to 5pm