Philadelphia's Museum of the American Revolution opened on the anniversary of the Battles of Lexington and Concord on April 19, 2017. 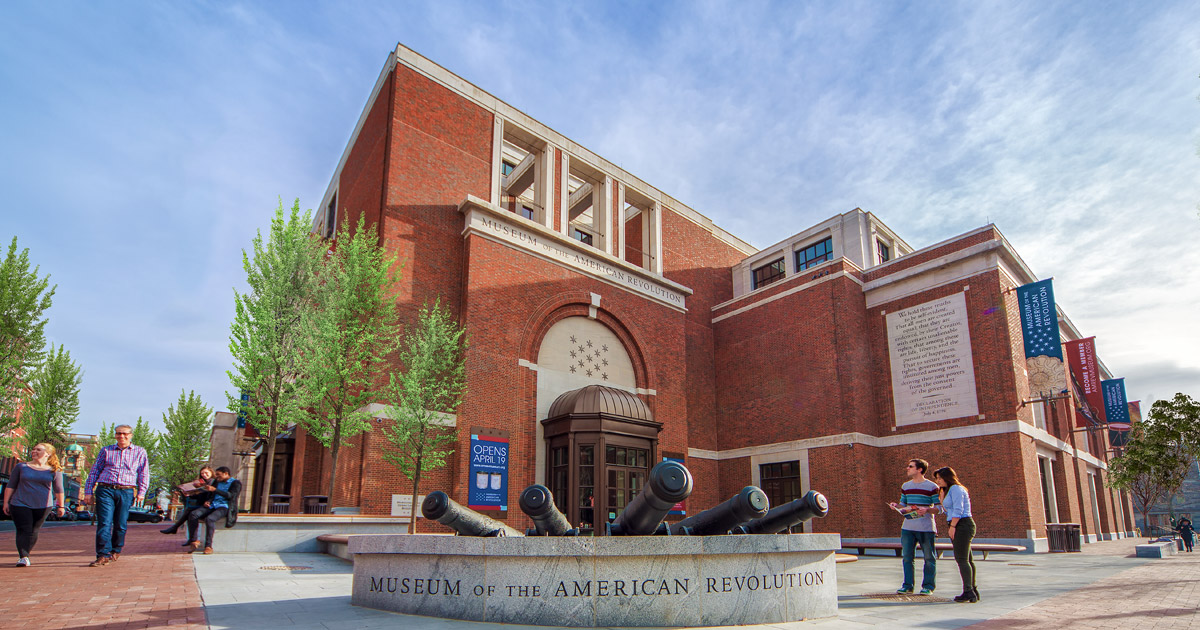 A curator tends to George Washington's original headquarters tent that is part of a larger exhibit within the museum. 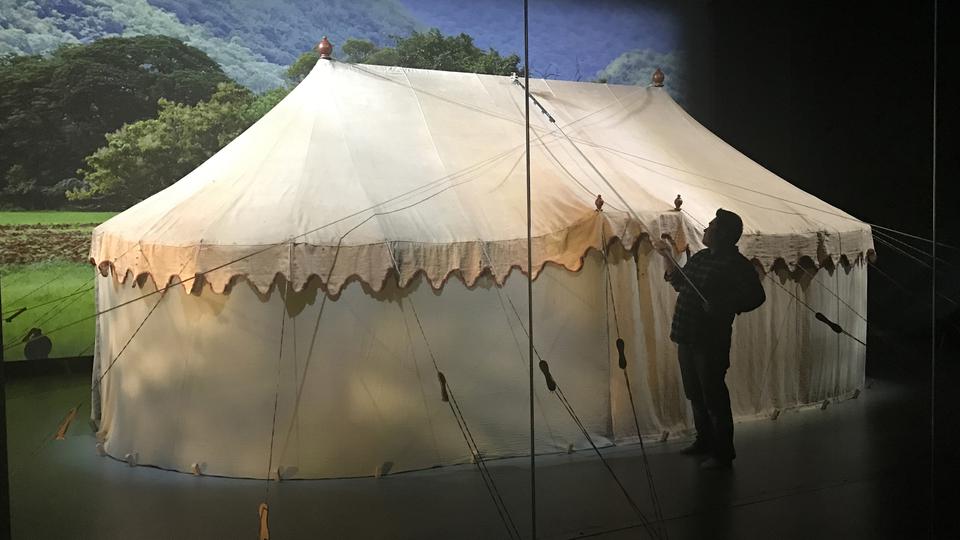 Pieces of revolutionary artwork and period re-enactors (or are they figurines?) behind the scenes at the museum. 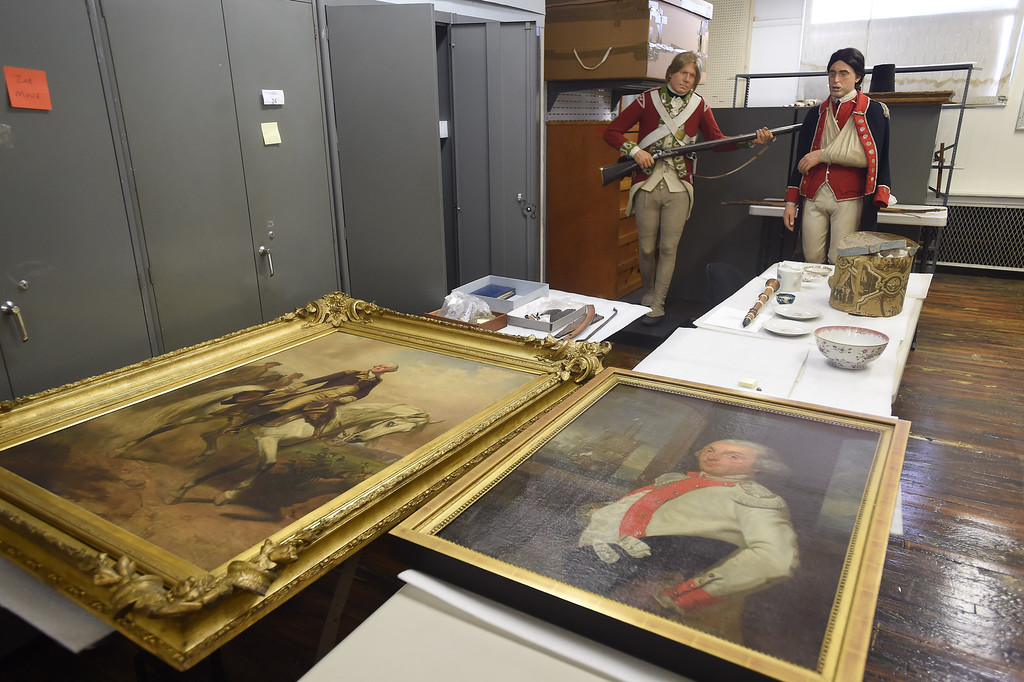 The museum during construction and... 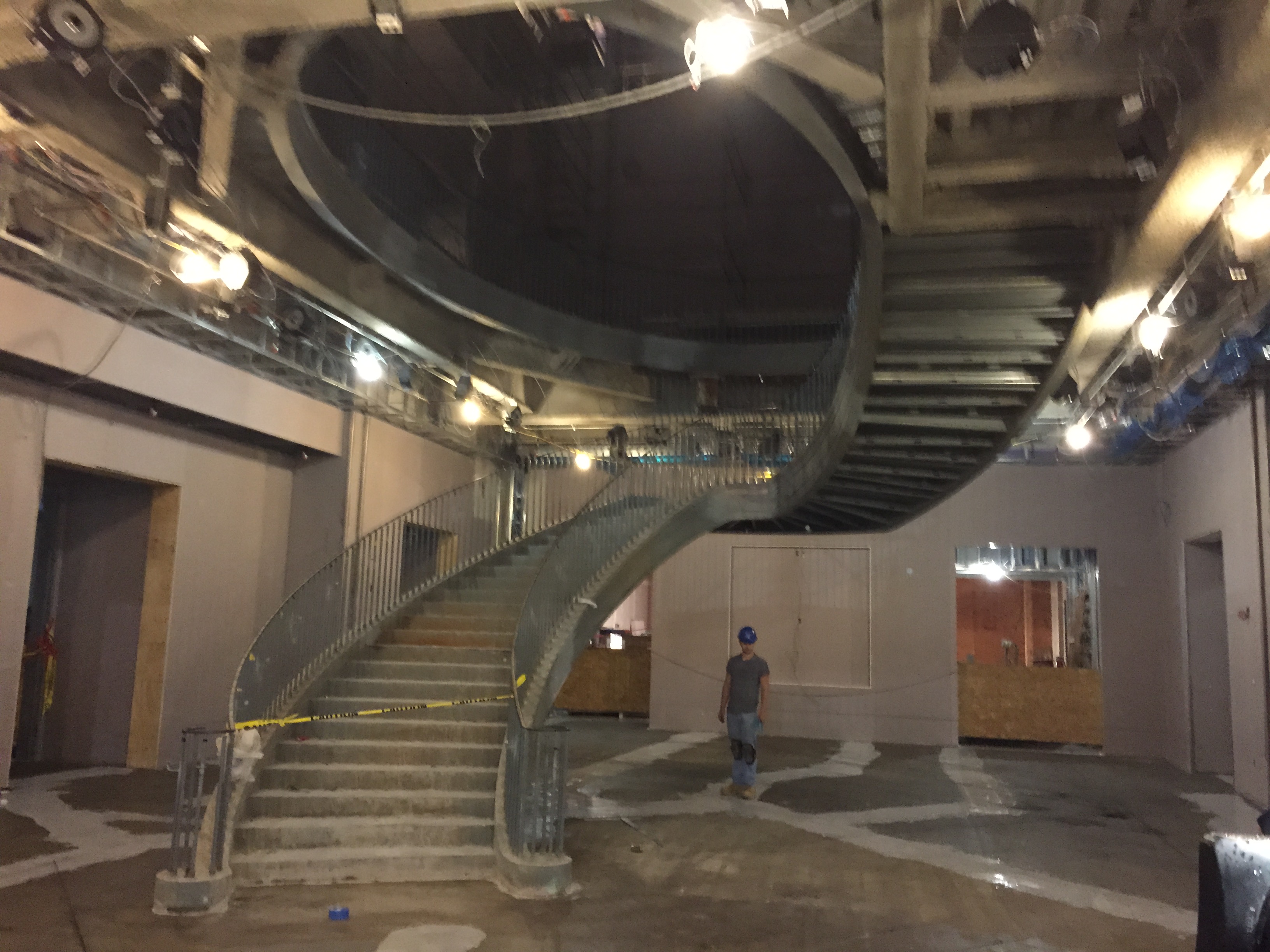 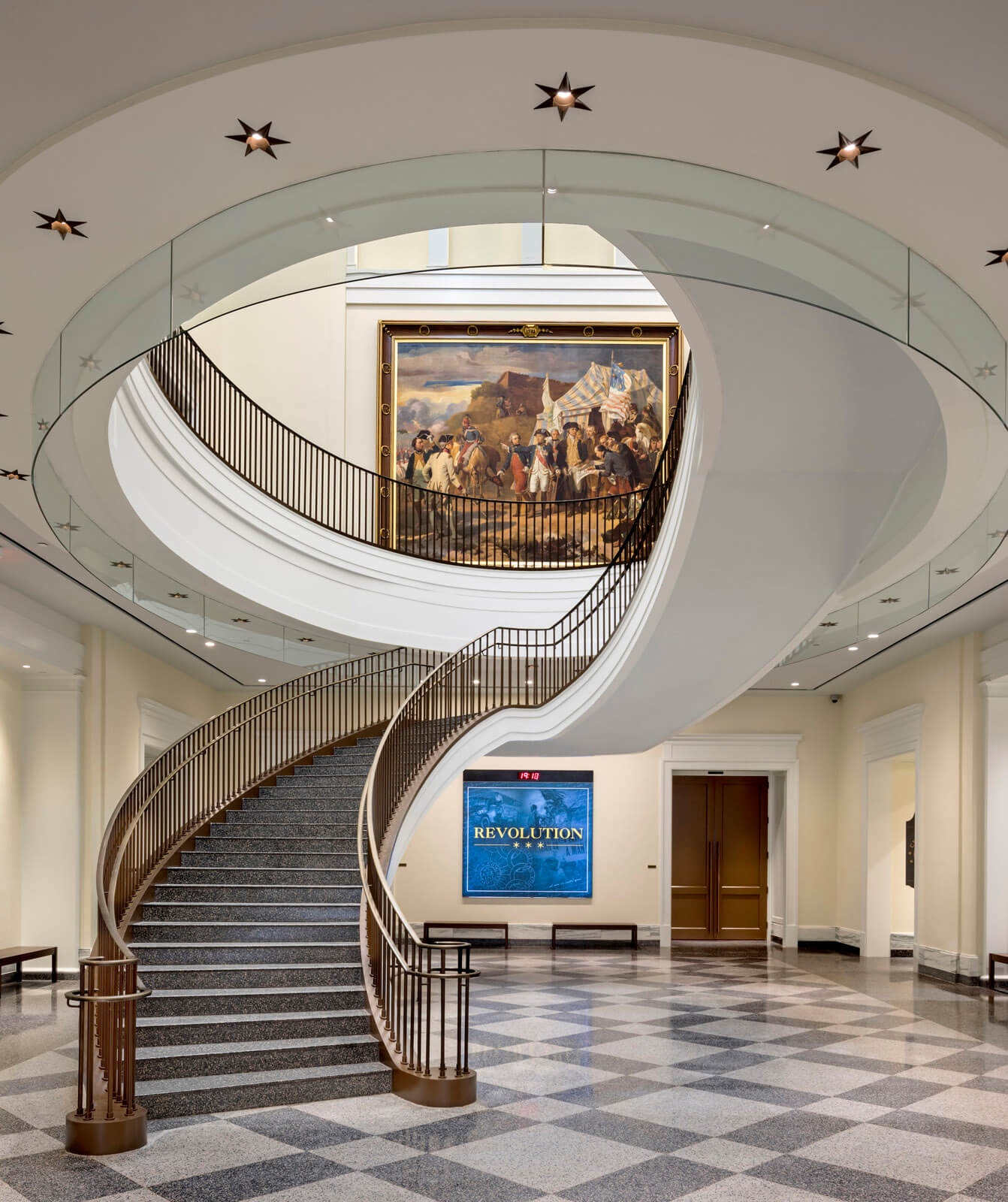 Built on the site of the former welcome center created for the Bicentennial celebrations of 1976, the Museum of the American Revolution was constructed at a cost of $150 million, mostly raised through private donations.  The developers sought to create a museum with a distinct bottom-up view of the American Revolution, rather than the typical top-down analysis.  To that end, the museum offers perspectives from the marginalized peoples of the era, such as free and enslaved Blacks, Native Americans, women and the “lower sorts.”  The museum brings these voices to the fore in the form of a film re-creation of members of the Oneida nation debating which side to support, colonial or royal (they sided with the Americans) and recounting the experiences of former slaves who fought for the British.

The museum is designed to take one through a journey towards independence in such a way that “…you enter as a [British} subject, but leave as a[n] [American] citizen.”  On your journey, you will encounter the Declaration of Independence Gallery, where the minds behind the museum decided to focus on over 80 local declarations, to include one from Pennsylvania written in German, rather than THE Declaration.  The exhibit also presents the thoughts of 10 common people, men and women, free and enslaved, as independence arrived whether they sought it or not.  The exhibits also present both colonial and loyalist views of the Revolution as evidenced by comparing and contrasting Thomas Paine’s famous pro-independence pamphlet, Common Sense, with its loyalist counterpart, Plain Truth, written by James Chalmers.

The museum contains over 30 audio-visual experiences, 16 core galleries, ten theaters, seven exhibits with life-cast figures, and 500 artifacts from the period.  Included within this collection is the Field of Battle Theater where patrons can view the re-enactment of the 1777 battle of Chadds Ford, during which the floor rumbles and the smell of gunpowder wafts through the theater.  In the War at Sea Gallery, young visitors can climb aboard a re-created 18th century ship’s deck.  However, as with all things revolutionary, the most popular exhibit is that which includes one of George Washington’s original headquarters tent, which is part of a larger multimedia presentation.  Finally, the museum leaves its visitors with the images of 150 photographs of people that were born during the Revolution followed by a wall of mirrors for a bit of self-reflection as they depart.