Located directly adjacent to the entrance of St. Mary's Basilica, this historical marker commemorates Father Edouard Gerard, the first Catholic priest ordained in Arizona. He served as pastor of the Church of the Assumption between 1877-1885 and founded the first Catholic church in 1881. He eventually became Vicar General of the Vicariate Apostolic and Diocese of Tucson. Pope Pius XI named Gerard Domestic Prelate for his years of service. Gerard passed away on Christmas day, 1936 and is interred at Holy Hope Cemetery here in Tucson. 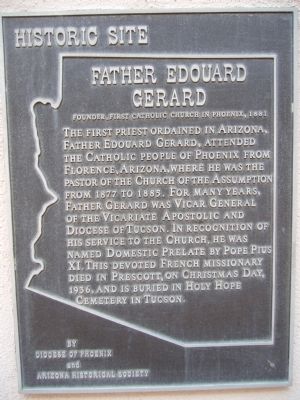 Front entrance to St. Mary's Basilica. Note Marker is to the right of the doors. 2010. (Bill Kirchner/hmdb.org) 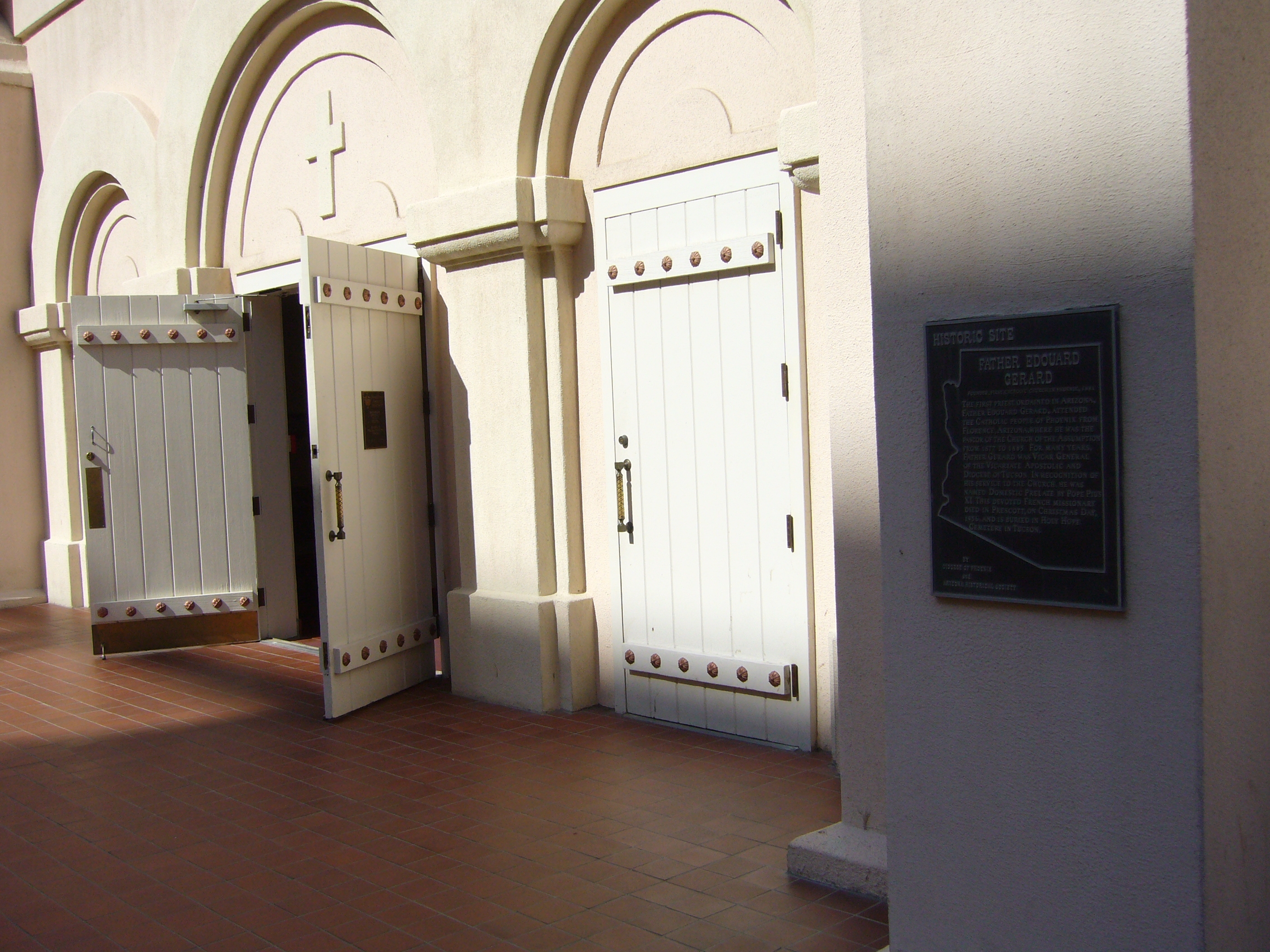 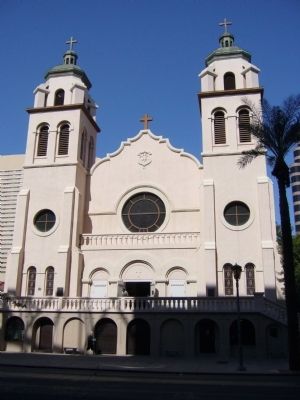