Located in Civic Space Park, this large, vortex-shaped sculpture, titled "Her Secret is Patience," was created by artist Janet Echelman in 2009. Echelman was also inspired by monsoon cloud formations and the saguaro cactus. The sculpture is made of polyester and steel rings, cables and poles. It is especially nice to see after dark when it is illuminated with various shades of magenta and blue, which change according to the seaons.

The sculpture at night. (flickr.com) 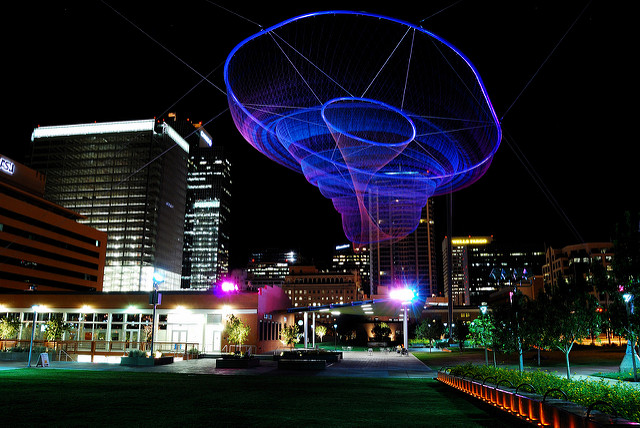 The sculpture by day. (usatoday.com) 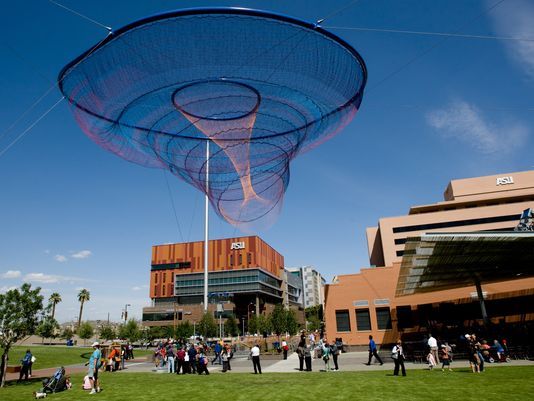 The park and sculpture are adjacent to the Light Rail. (aecom.com) 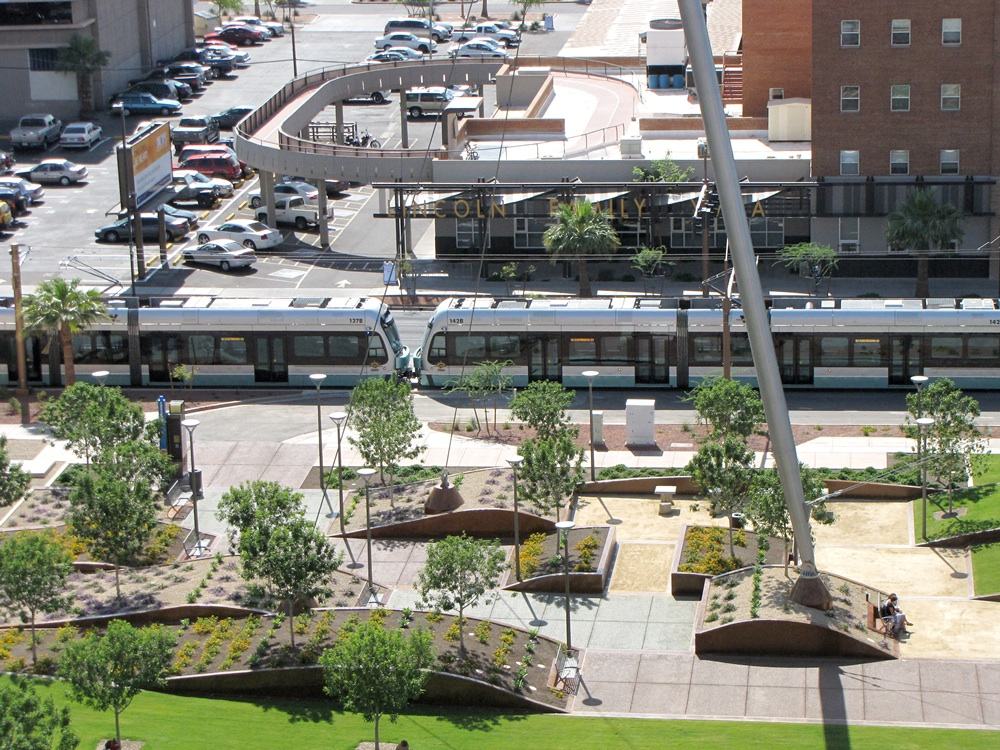 A closeup of a portion of the sculpture. (phoenixnewtimes.com) 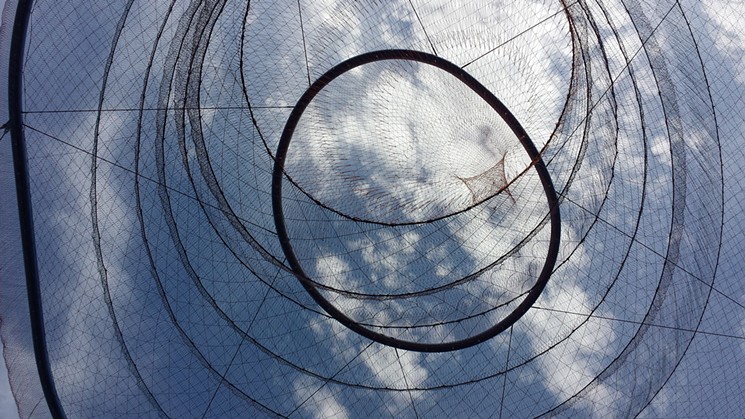 The park provides a convenient place for downtown workers, locals, Arizona State Students, and tourists to sit down and relax. The other main attraction is the historic A.E. England Building, a former car dealership built in 1926. It features the Fair Trade Cafe and also serves as a community center where various educational, musical and cultural events take place. Art exhibits are also presented here.