This local history museum is located in a historic one-room school house that was constructed in 1904. The schoolhouse was struck by lightning in 1907, but repairs allowed it to serve families in Hoosier Grove (now Streamwood) until 1954. The building has served as a local history museum since the early 1980s and was moved to this location in 1991. Prior to its closure in 1954, the school served as a center of town life and filled a number of purposes, including a polling place at elections, a place for picnics and civic celebrations, and a location for community meetings. The schoolhouse was part of school district 43 1/2 with "the “1/2" indicating that it covered half of the families in Hanover Township and Schaumburg Township. 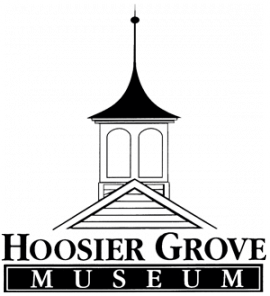 On a fall morning in 1904 as children finished up their morning chores they heard the clanging of a bell. The ringing sound came from the direction of the Schunemann’s dairy farm. Here, in the corner of a cow pasture, sat a brand new one-room school. Children gathered lunch pails, baseballs, marbles and schoolbooks before setting off for the first day of classes. For the next fifty years, hundreds of children from the thriving German-American farm community passed through the schoolhouse doors.

Hoosier Grove School closed in 1954. For many years the building sat vacant and boarded up on the corner of Barrington and Old Church Roads, in Streamwood.In the early 1970’s a group of citizens from Streamwood, Illinois, banded together and formed the Bicentennial Commission.Looking for a project to mark the United States’ 200th anniversary, the group set out to acquire and transform the abandoned schoolhouse into the community’s museum. In 1976 Gertrude McNaught-Olden donated the building to the Streamwood Park District with the proviso that the building be moved to another location and used for educational purposes. The schoolhouse was then moved to Parkside Circle where volunteers began to work on what became a four-year project.

In 1980 the doors of the schoolhouse re-opened and since that time the Streamwood Park District has owned and operated Hoosier Grove Museum. With assistance from the Streamwood Historical Society, the Park District strives to accomplish the museum’s mission of gathering, preserving and interpreting local history and culture. Today, the building continues a nearly 100-year-old tradition of offering educational opportunities and serving as a community gathering place.

In 1991 the schoolhouse was moved to its present location in Hoosier Grove Park, 700 West Irving Park Road, Streamwood, Illinois. The museum sits on the north side of the street, west of Bartlett Road and east of Route 59 (Sutton Road).