The Broadway Historic District of Bangor, Maine was once one of the finest, upper-class neighborhoods in the city of Bangor. Many of the residences that still stand in the neighborhood to this day were built during the 1800s and have been preserved significantly. In addition to a number of historical houses, the Broadway Historic District contains one of the oldest private schools in the state, John Bapst Memorial High School, as well as two churches that were incredibly influential to the formation of Bangor as a city, the First Methodist Episcopal Church and the Free Will Baptist Church. Broadway is still considered a central part of the city and represents one of the busiest roads in Bangor. 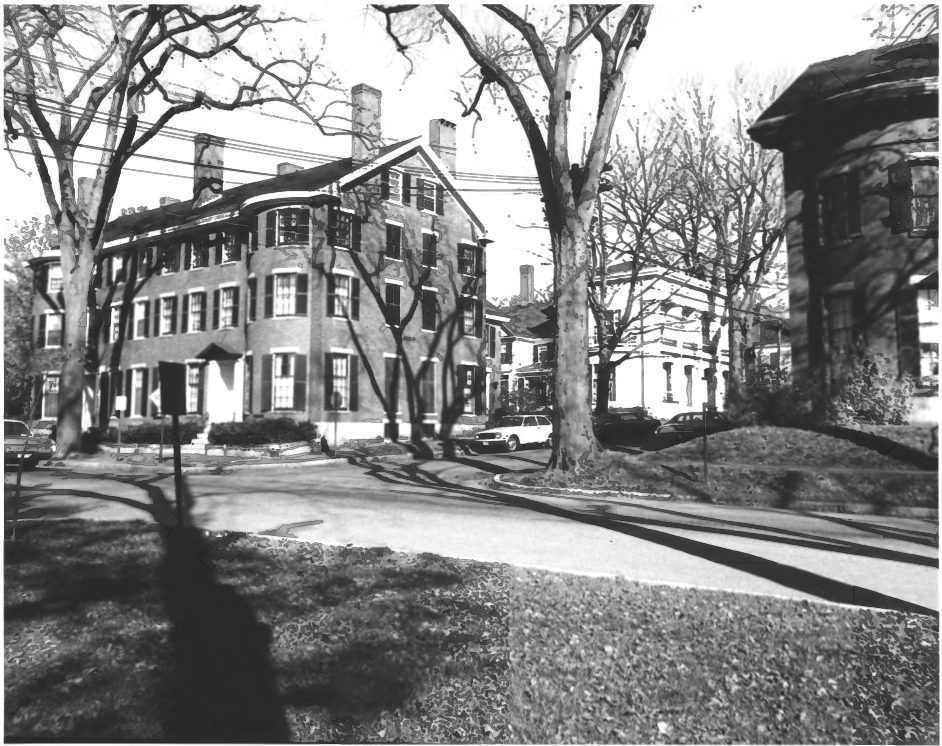 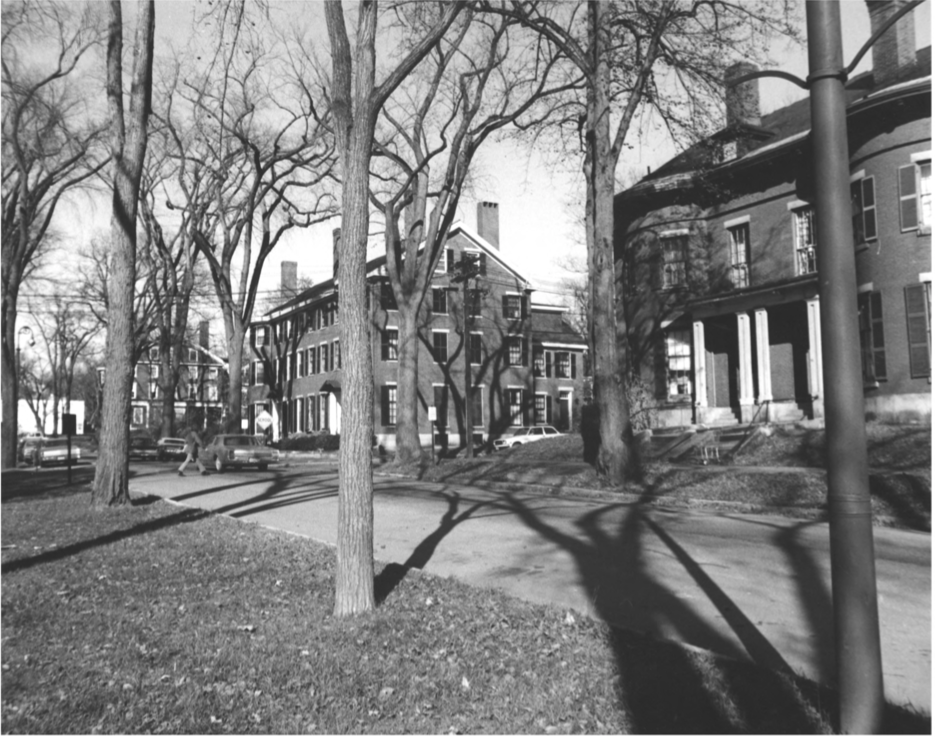 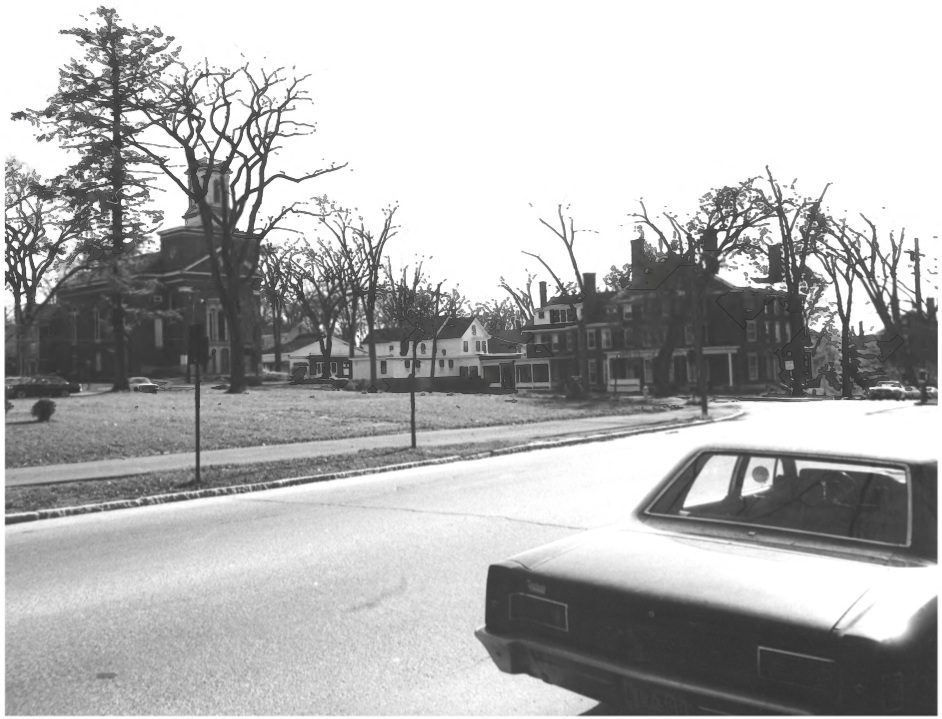 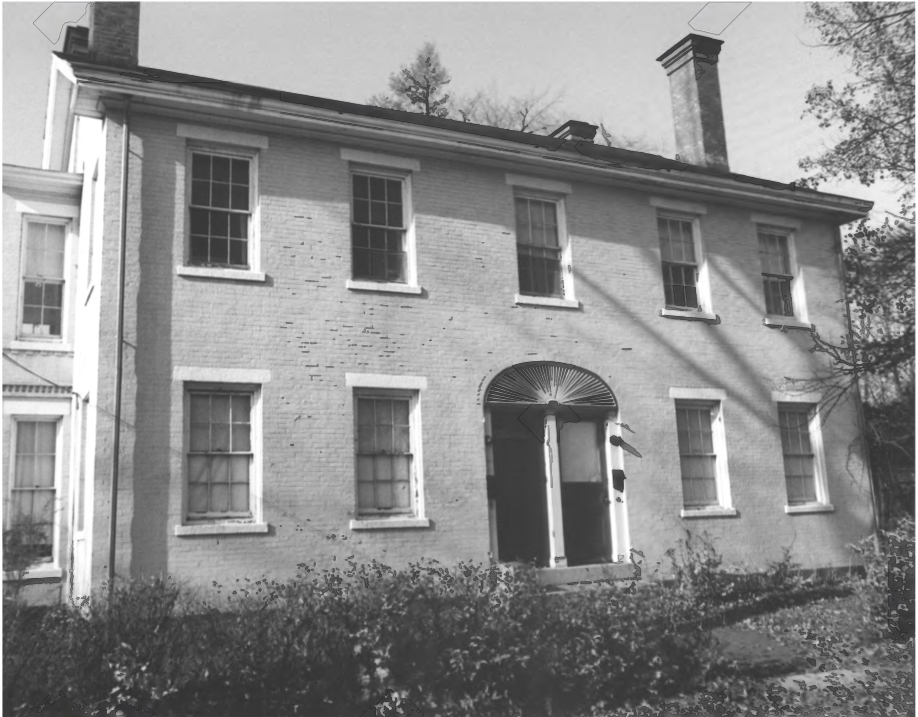 Free Will Baptist Church in 1972 by Richard D. Kelly, Jr. 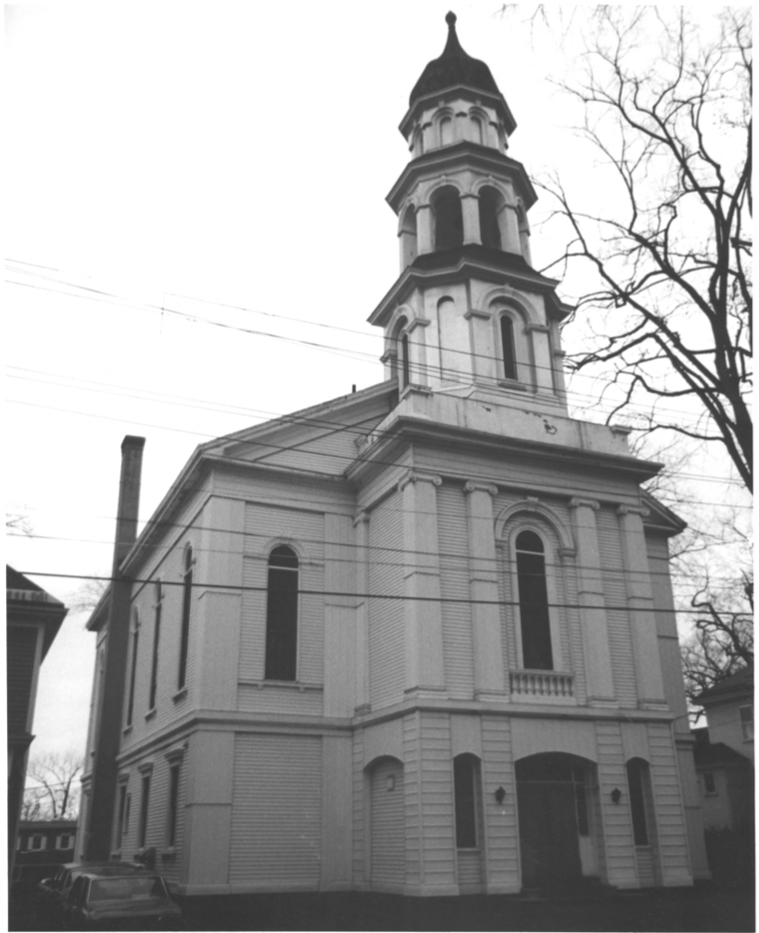 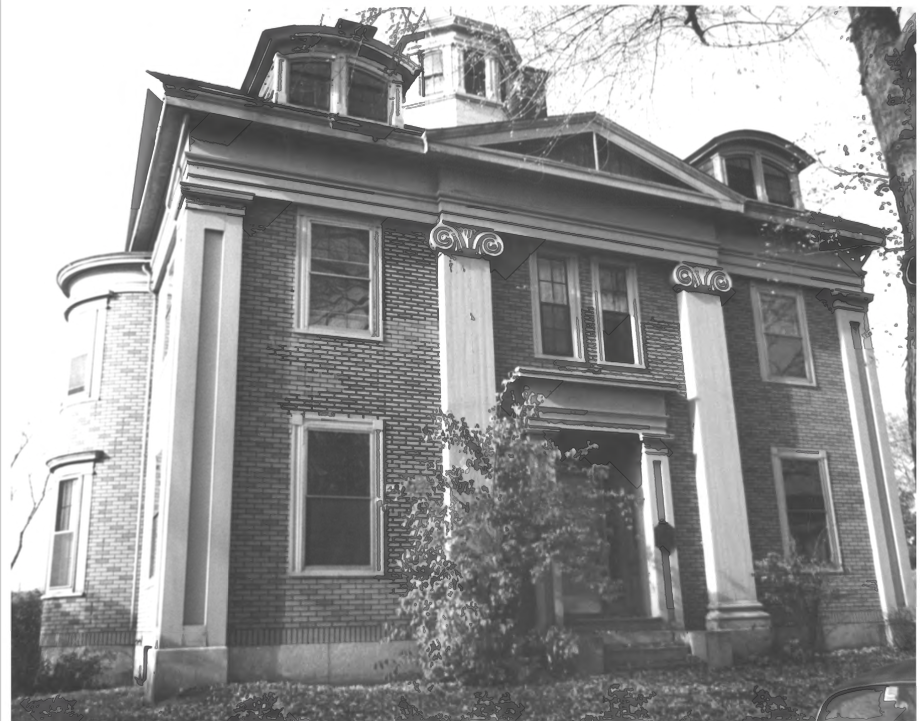 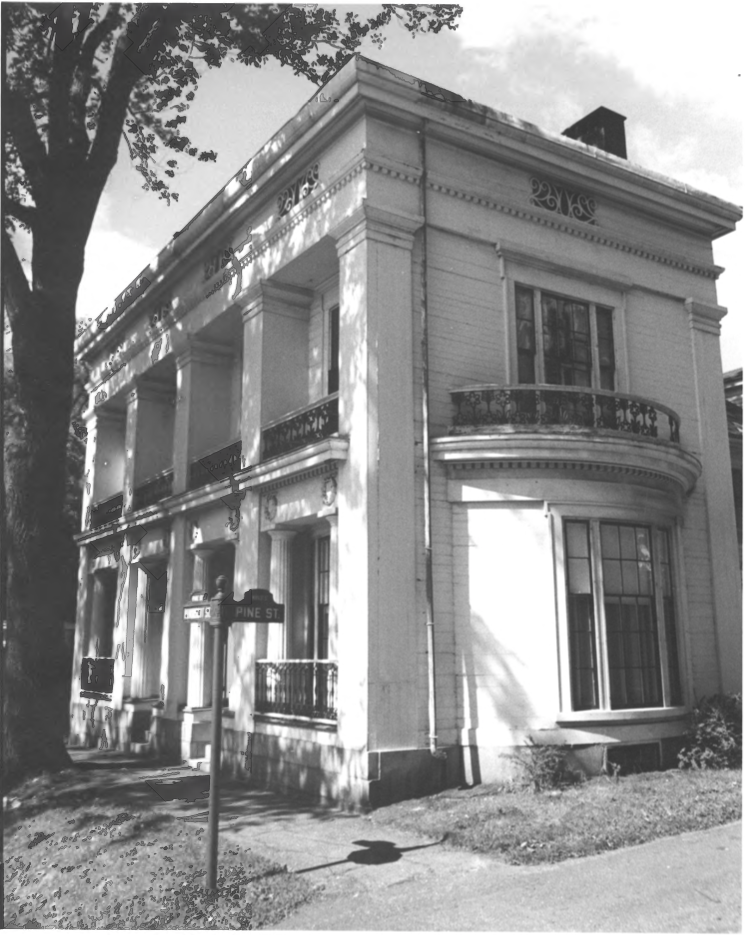 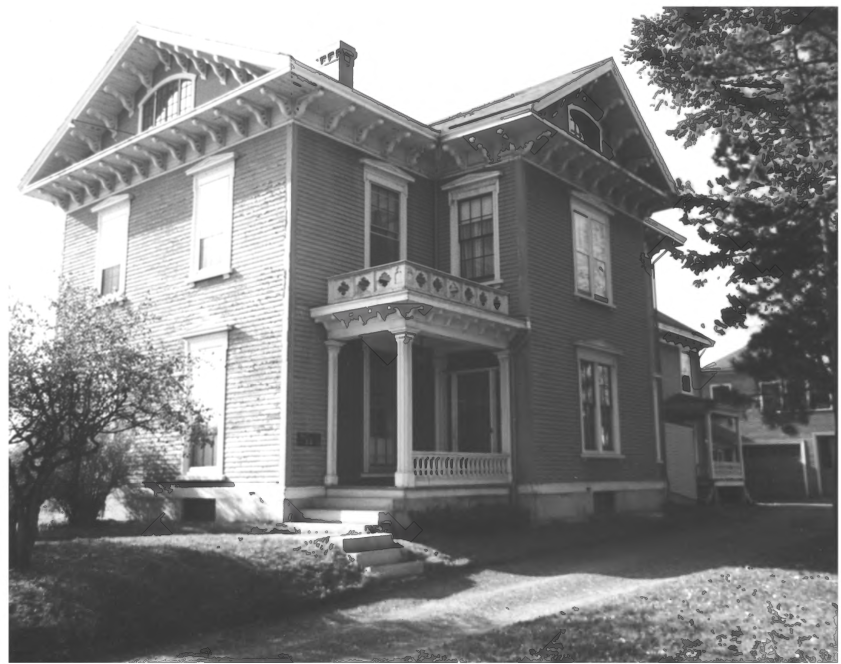 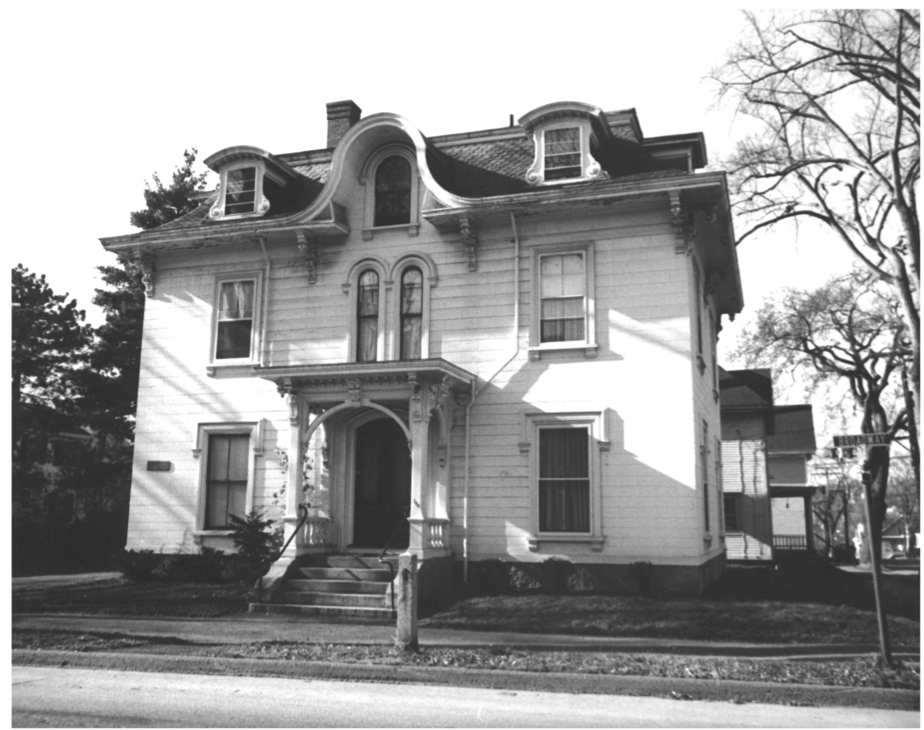 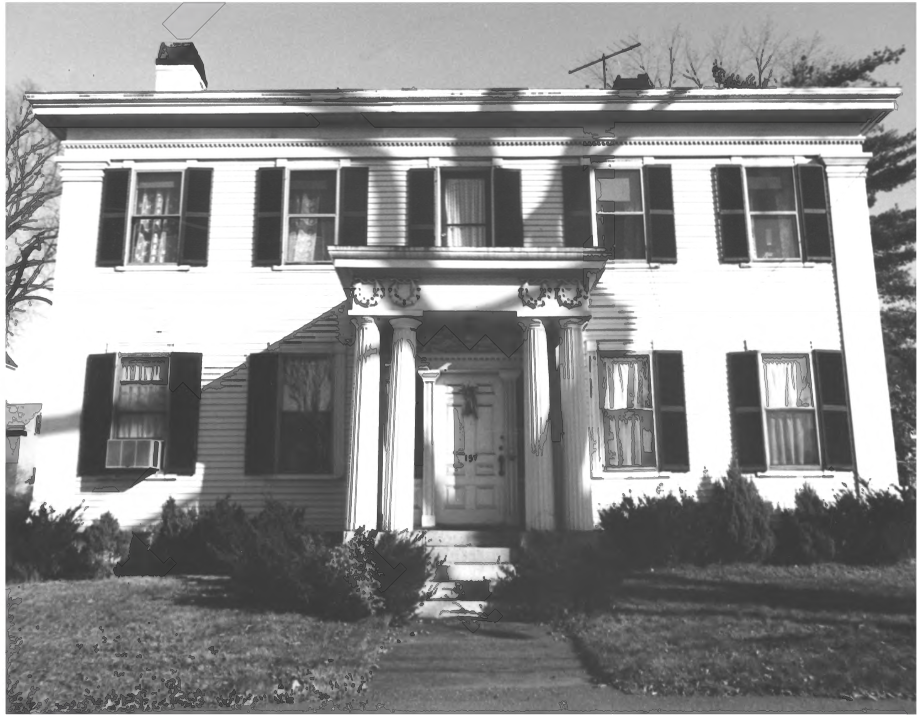 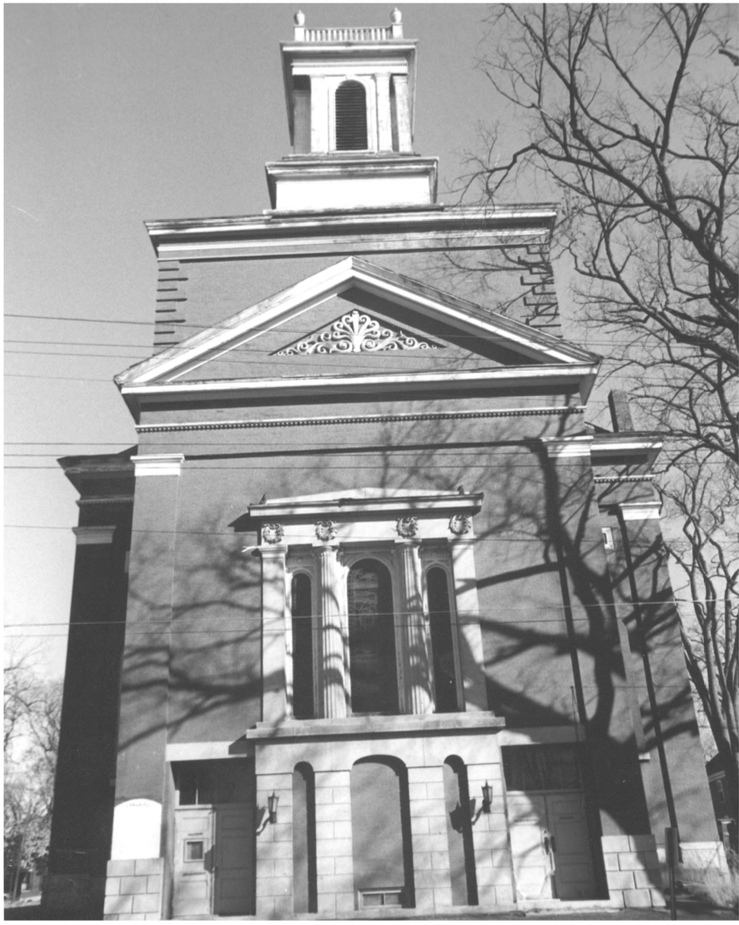 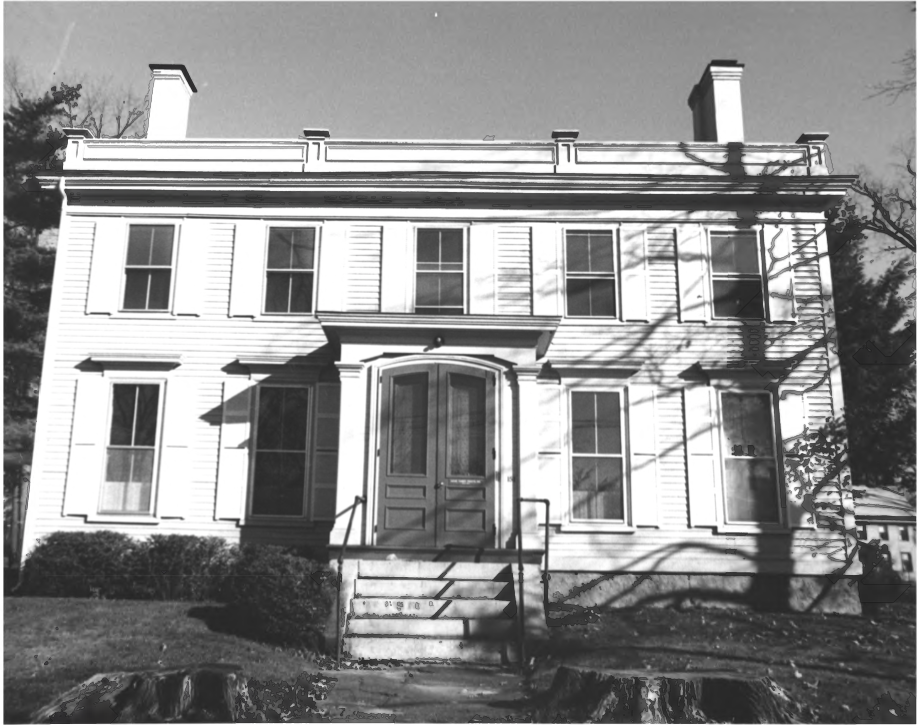 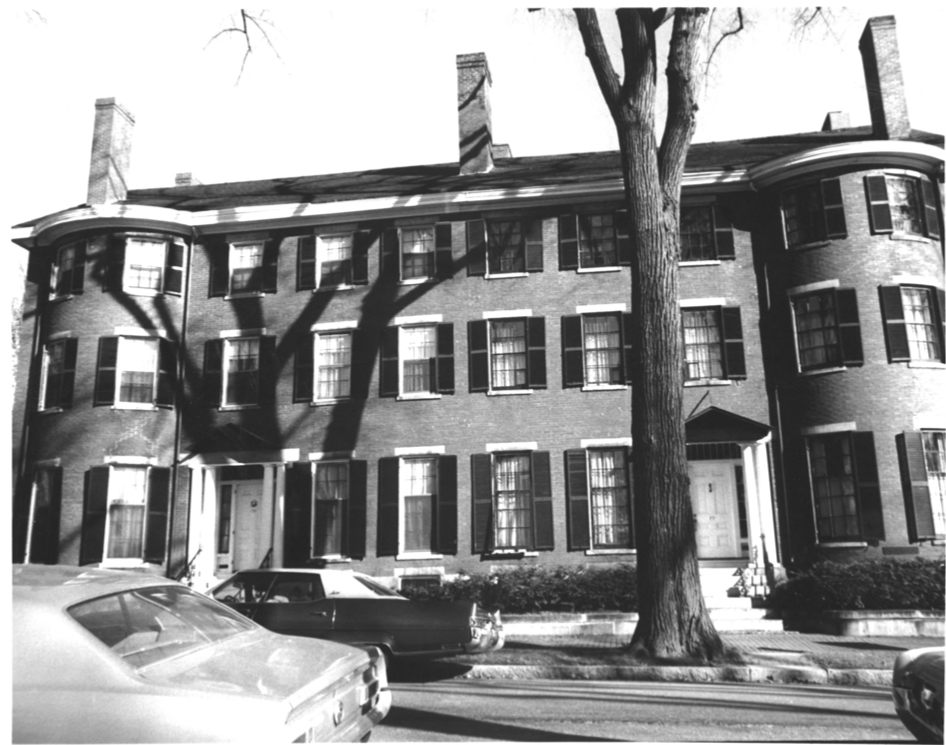 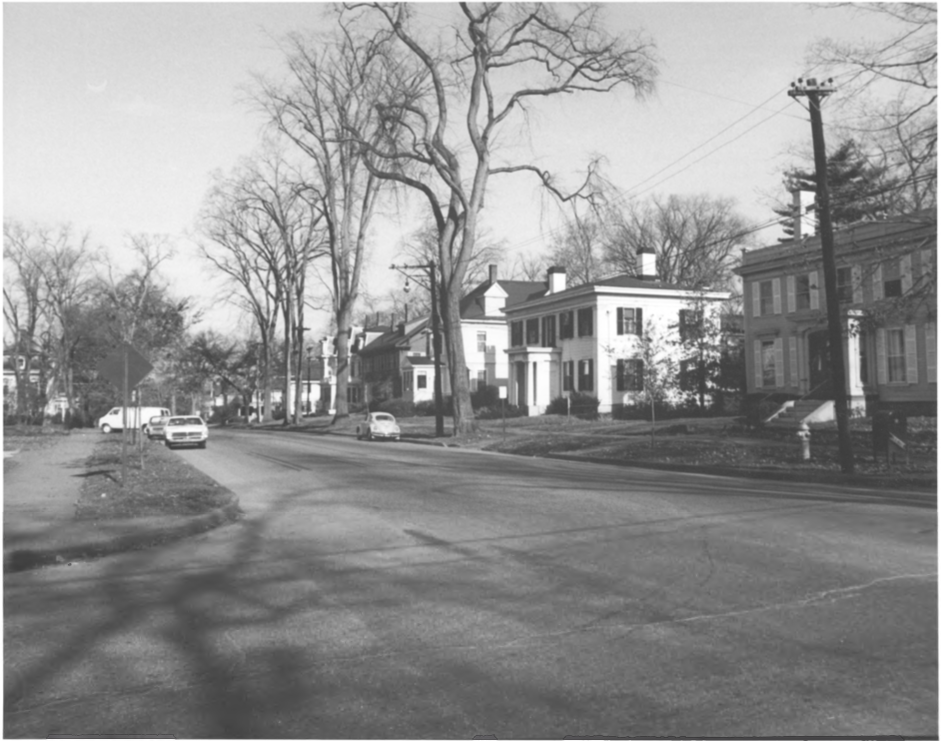 Considered by many people of the 1800s to be “a little bit of Boston,” the Broadway neighborhood represented a comfortable and well-off section of a town more or less on the edge of the wilds.  Even to this day, much of Maine is wilderness, a trait that brings many nature-lovers and serenity-seekers to the state.  The richer citizens of Bangor in the 1800s idolized Boston in many ways, and many of the choices in architecture, both in the Broadway Historic District and beyond reflect that.

The Broadway neighborhood was at the time so respected in the area that West Broadway, a wide street across the city that is widely recognized for its luxury, Victorian style houses, borrowed the name “Broadway” as a reference to the original neighborhood.  Interestingly, West Broadway itself now has some historic merit, no longer just a reference to the historicity of the original, as the homes of world-famous authors and activists Stephen and Tabitha King reside on this street.

The homes of numerous figures relevant to Bangor’s history stand within the Broadway Historic District.  These homes, constructed largely in the Greek Revival, Federal, and Second Empire styles of architectural design, each tell their own story and can be easily identified and located by visitors to the neighborhood.  The homes in the Greek Revival style, especially, drew attention from some of the finest architects in America at the time.  A description of each home follows:

This mansion was designed by an influential Maine architect by the name of Col. Benjamin S. Deane and was built in 1851.  Hayward Pierce was a successful businessman in the lumber business, which was booming at the time.  Moses Giddings purchased the house from Pierce in July of 1858.  The home is designed in the Italian style and contains eighteen rooms.

George K. Stetson was one of Bangor’s most influential businessmen of the mid-1800s, having led the Market Bank and later the First National Bank.  The house was built in 1847 and represents a well-preserved example of Greek Revival style.  While some modifications to the house have been made, including a conversion to apartment housing, the condition and features of the house have largely been preserved, even if the interior has been modernized for livability.

Built in the 1820s in the Federal style, the Daniel B. Hinkley House originally belonged to Mary and John Ham.  When John passed, Mary sold the house for just $250 dollars to Daniel B. Hinkley, the owner of an iron foundry that was one of the largest in Maine at the time, specializing in lumber equipment.  The house is in great condition, with most of the relevant features still intact.  The windows of the house are considered to be some of its most striking features.

This Greek Revival home was built in 1821 for Samuel Smith.  Easily recognizable for its Doric stylings, this home neatly summarizes some of the most popular stylistic elements that would appear in Bangor in the coming decades.  Of particular note is the decorative wreath engravings that top each of the house’s columnns.

The house was most notably inhabited by the Honorable Charles A. Boutelle, whose service during the Civil War was recognized on a presidential level.  In this home, Boutelle hosted presidents Garfield, Harrison, and McKinley.  Boutelle would serve the State of Maine as the editor of the Bangor Daily Whig and Courier and later as a Representative to Congress for the Bangor District.

The Strickland House is a Second Empire styled residence designed for one of Bangor’s leading lumber families.  Stylistically, this home is an almost identical copy of the William A. Blake House located on Court Street.

This house was built in 1807 in the Federal Style, with clapboard styled siding and roofing.  It is one of the smaller homes within the historic district but is excellently preserved.  As of the creation of the NRHP registration form, it was the home of the Kolman Timberlands company.

The home of Rufus Dwinel, one of Bangor’s notable lumbermen, the Dwinel-McCrillis House is one of the finest examples of Greek Revival style in the city.  Fantastically preserved, the house’s Doric fluted columnns are its most notable feature.  After being inhabited by Rufus Dwinel, William McCrillis inhabited the house.  McCrillis was the founder of the Republican Party of Maine and was a leading voice for the state on the matter of the abolition of slavery.

The NPS NRHP documentation for this home claims it is utterly unique in New England, being a Greek Revival Duplex with unique sash and bay window designs.  There is a frieze built above the second story that is unlike any other in the area.

The home was built for Edward Kent and Jonas Cutting, who were respected attorneys in the Bangor area.  Edward Kent became the Governor of Maine later in his life, after a distinguished career in law.

This Second Empire residence features a center-gabled mansard roof that makes it unique in comparison even to other Second Empire styled buildings in the area.  While now serving as an apartment building, “The Brothers” was once the home to the religious order of the Xaverian Brothers who were tasked with teaching at John Bapst Catholic High School (now known as John Bapst Memorial High School.)

Currently being used to house the practices of a number of doctors, the W. H. Strickland house is a Second Empire styled home with a mansard roof.  The trimming of the house is Italianate.

This house was built by the Honorable George W. Ladd, a lumber merchant and grocer, who later would go on to serve in both the 46th and 46th congresses.  By the end of his career, he would own over thirty houses and a number of stores within the state which were all built by his own hands.

The S. V. Lord House is a clapboard style house that is well preserved as one of the more modest dwellings in the Broadway Historic District.  It is a two story home with a barn attached to the residence that has also been preserved.

A three-story brick residence, the Veazie-Brown House was owned in part by Jones P. Veazie, the son of famous General Samuel Veazie.  Jones Veazie was outspoken in his belief that slavery should be done away with, and as one of Bangor’s more prominent businessmen, his voice traveled far in the city.  He founded the Bangor Gazette in 1842.

The Blake-Peters home is most recognizable by the large bays on the front of the house.  As of the creation of the NRHP entry, the house served as an apartment house, having been kept in good condition and maintained well.

In addition to the houses within the district, there are also two church buildings of note:

1.  The Free Will Baptist Church

This church was designed by Harvey Graves, who was responsible for two other 19th century churches in the Bangor area.  Designed in the Greek Revival style, the church also features a Romanesque spire and has a clapboard façade.  It is still home to a congregation to this day, and every congregation it has been home to has helped maintain the church well.

The First Methodist Church is a Greek Revival style church constructed out of brick.  The Church was built to house the migration of the First Methodist congregation from an older location that was put at risk by fires in the Bangor area.  Completed in 1837, Reverend Stephen Lowell oversaw the migration of the congregation to this new church, which was designed by Charles G. Bryant and built by Cyrus Brown and David Rice.  Brown and Rice had previously specialized in residential constructions.

The church originally had a clock tower, which is shown in some earlier photographs but appears to have been removed sometime during the early 1900s.  In the early 1880s, the plain glass of the church was replaced with beautiful stained glass.

Public Street, hours vary by building within the district