Dedicated in 1895, this solemn monument stands in memory of the nearly two hundred residents of Lawrence who were slain by Missouri raiders under William Clarke Quantrill on the morning of August 21, 1863. While the thirty men who committed this atrocity considered their actions as a contribution to the Confederate cause, the men were not part of the Confederate army. Like other bushwhackers, they committed atrocities in the Civil War to cover their thievery and were motivated both by a desire to steal property and harm those who supported the restoration of the United States. The people of Lawrence quickly rebuilt their town and redoubled their efforts to aid the Union. 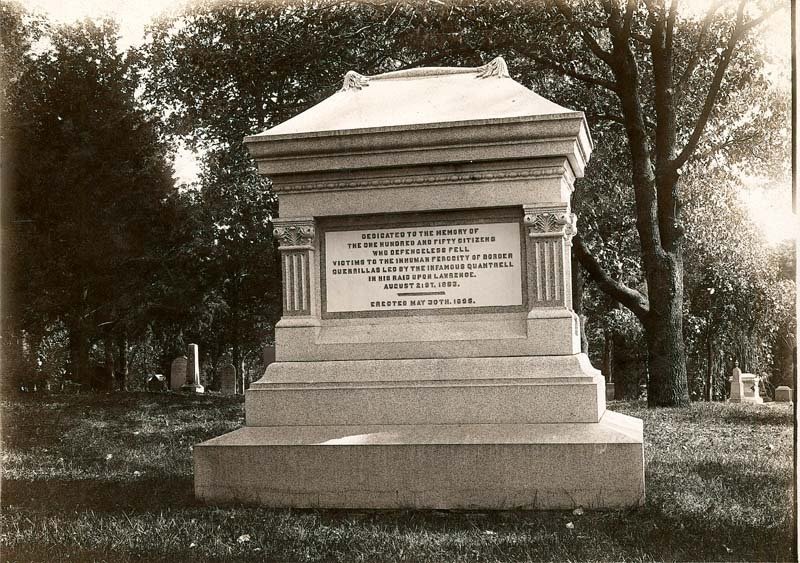 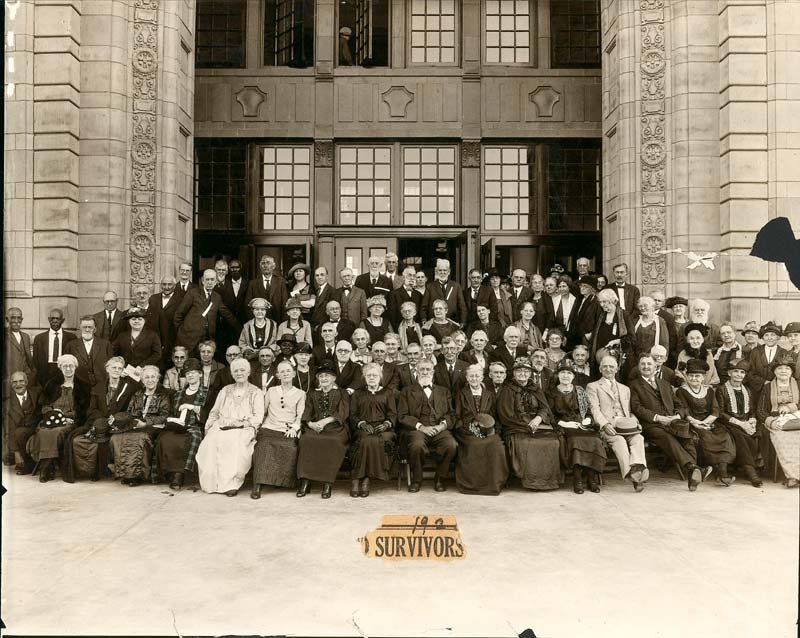 William Quantrill (1837-1865) was a schoolteacher and Confederate leader during the Civil War and headed the raid on the Lawrence community. Quantrill had a troubled life, never seeming to settle in one place. He was accused of killing a man and was set free due to legal circumstances. He was also involved in a court dispute which took place in Kansas and was banished from a community for stealing. Quantrill finally seemed to find his place amongst a group of Missourian ruffians who protected farms against the Jayhawkers. The Jayhawkers were based in Lawrence and were associated with the free-state cause. By 1859, Quantrill had formed his pro-slavery views. In 1861, Quantrill traveled to Texas where he learned Native American fighting skills from the Cherokee Nations. He returned to Blue Springs, Missouri and formed his own army of about ten men, known as Quantrill's Raiders. These men were in no way associated with the Confederate command. They were known as "bushwhackers" and kidnapped escaped slaves for profit.

At the time, Lawrence, KS was the base of operations for incursions into Missouri by the Jayhawkers who clashed with Quantrill's Raiders. The Jayhawkers and other Union troops put civilian helpers of the Raiders in makeshift jails. These civilians included several female relatives of the raiders. On August 14, 1863, the building housing the makeshift jail collapsed, killing the women. Quantrill's men were furious and sought revenge. It is believed that this event the raid on Lawrence. However, Quantrill may have been planning on attacking Lawrence beforehand because this was not the first incident between the raiders and the Jayhawkers.

The Lawrence Massacre of 1863 was perpetrated by Quantrill and his army of now 450 fighters on August 21, 1863. The raid began at Mount Oread and the raiders had killed 150 men and boys by 9am, also destroying 200 buildings. The massacre is the most deadly operation of Missourian Confederate guerillas. Four days after the raid, in retaliation for the raid, Union General Ewing responded with General Order No. 11 which required Missouri residents in border counties to evacuate. This order caused suffering upon the people of Missouri, many of whom had neither supported Quantrill or provided aid to his bushwhackers. 20,000 people were depopulated and their counties were burned and destroyed.

Commemorations to those who lost their lives in the Lawrence Massacre began on August 21, 1891 and was organized by the Association of Survivors of Quantrill's Massacre. The citizen's monument to the victims was unveiled in Oak Hill Cemetery in Lawrence in 1895. Its inscription reads:

Dedicated to the memory of the one hundred and fifty citizens who defenseless fell victims to the in human ferocity of border guerillas led by the infamous Quantrill in his raid upon Lawrence. August 21st, 1862. Erected May 20th, 1895.